Nintendo blew our minds with their E3 2018 lineup 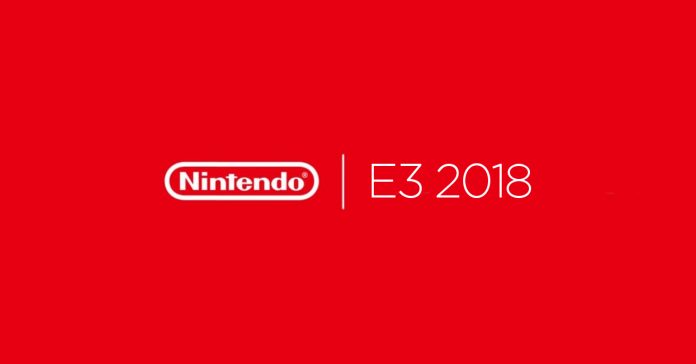 The Nintendo Direct for E3 2018 may have been the last press conference of the expo, but it was definitely not the least! Nintendo blew everyone’s minds with their announcements, but mostly because of Super Smash Bros. Ultimate. The new Smash title for the Switch will include literally every character that has ever appeared in the series!

Smash wasn’t the only highlight of the E3 Nintendo Direct, there’s also the new Super Mario Party game, a new Fire Emblem title, Fortnite for the Switch, and many more!

Here’s a quick rundown of the major announcements by Nintendo:

Yes, you read that right, everyone is here! Super Smash Bros. Ultimate will feature all the characters that ever graced the series, including the non-Nintendo characters. That means you’ll get to play as Snake, Cloud, Pac-Man, and all the others! Joining everyone in the roster is Inkling from the Splatoon series.

Smash Bros. Ultimate promises to be the biggest Smash game ever, all while satisfying long-time fans of the series. It even works with a GameCube controller! The game will be released on December 7, 2018.

Super Mario Party was another big game announced by Nintendo at E3. And the gameplay looks more innovative and fun than ever, thanks to the unique control options provided by the Joy-Con.

From the trailer, it looks like a single Switch unit can accommodate up to four players, each with a single Joy-Con of their own. You better get ready to party then, as the game releases this October 5, 2018.

Fire Emblem is finally getting a mainline Switch title with Fire Emblem Three Houses! Not much has been revealed about the game, aside from the fact that it will have a new story and a new set characters. The game will be available in Spring 2019.

Nintendo also announced that Fortnite is now available for the Switch. Yes, you read that right, it’s available right now! You can download the popular Battle Royal over on the Nintendo eShop.

Nintendo isn’t done yet with Xenoblade Chronicles 2, as there’s a new expansion for the game. Entitled Torna — The Golden Country, the new expansion is set 500 years before the events of the main game. Torna will be available on September 21, 2018.

Ooh a mecha-action game for the Switch! Produced by Kenichiro Tsukuda of the Armored Core series, DAEMON X MACHINA is a brand-new IP for the Switch. It’s a fast-paced mecha game, complete with awesome-looking mechs called Arsenals. And before you ask, yes, Arsenals are fully customizable.

From the trailer, the game looks very promising (or maybe it’s just the Zone of the Enders fan in me); plus, it has a unique visual style. DAEMON X MACHINA will be released sometime in 2019.

Another demo for the upcoming title Octopath Traveler will be available on June 14. The demo will let players try out the upcoming turn-based RPG, and best of all, demo progress will carry over to the main game.

Now those are some cool trailers. But can you believe there were even more games showcased! There’s Hollow Knight, Killer Queen Black, Overcooked 2, and slew of more upcoming titles for the Nintendo Switch!