Pre-order bonuses for Red Dead Redemption 2 has been revealed.

That's a fine horse you got there Bob. 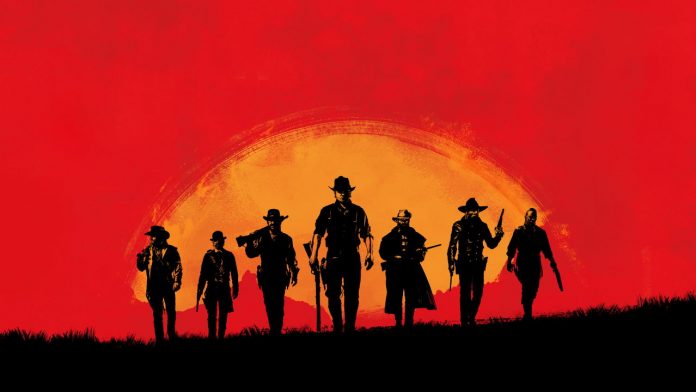 The Red Dead Redemption 2 special edition and pre-order bonuses have just been announced. Though gamers are a bit skeptical about including microtransactions to the game, these pre-order bonuses might just win them over. 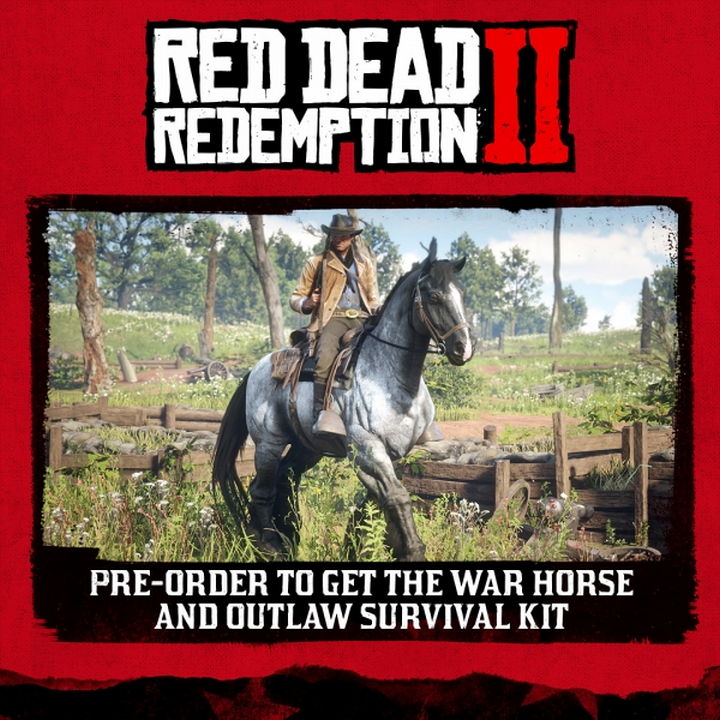 All pre-orders of Red Dead Redemption 2 will include the following pair of Story Mode enhancements:

In addition to the War Horse and Outlaw Survival Kit mentioned above, digital pre-orders on the PlayStation Store and Xbox Store will also receive these added rewards: 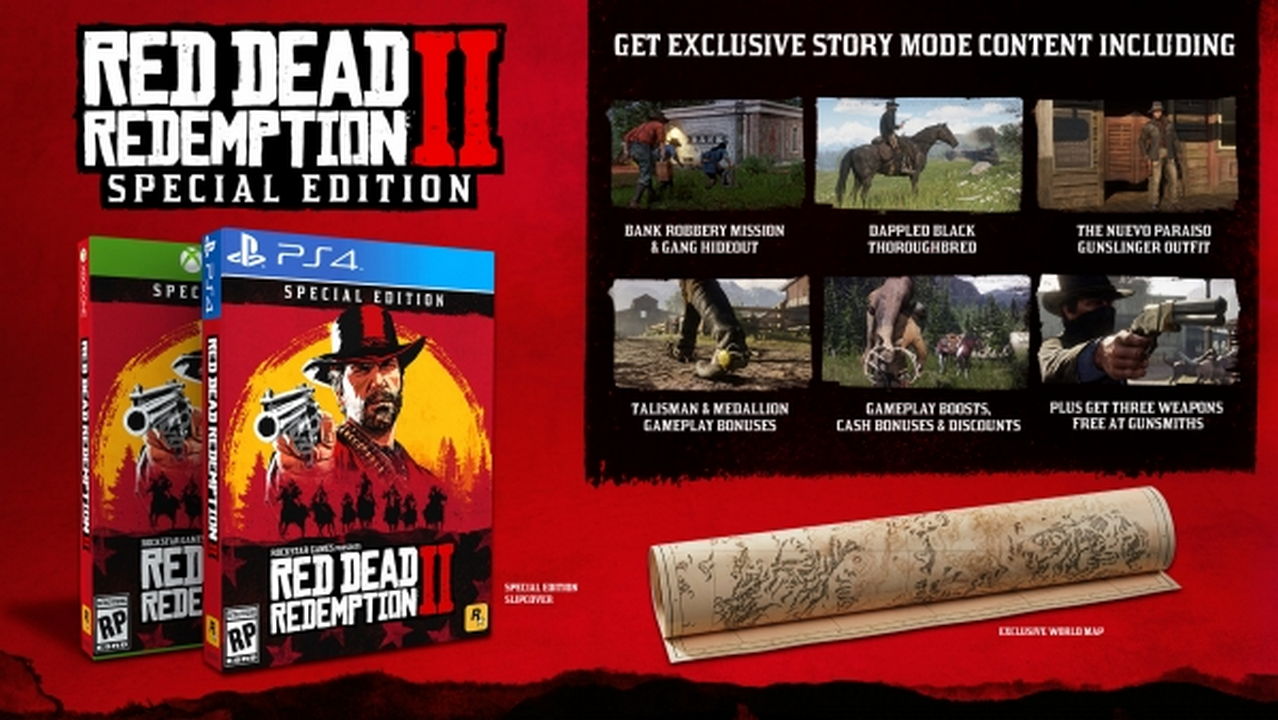 The Red Dead Redemption 2: Special Edition is available for pre-order on the PlayStation Store, Xbox Store, the Rockstar Warehouse and at other select retailers. 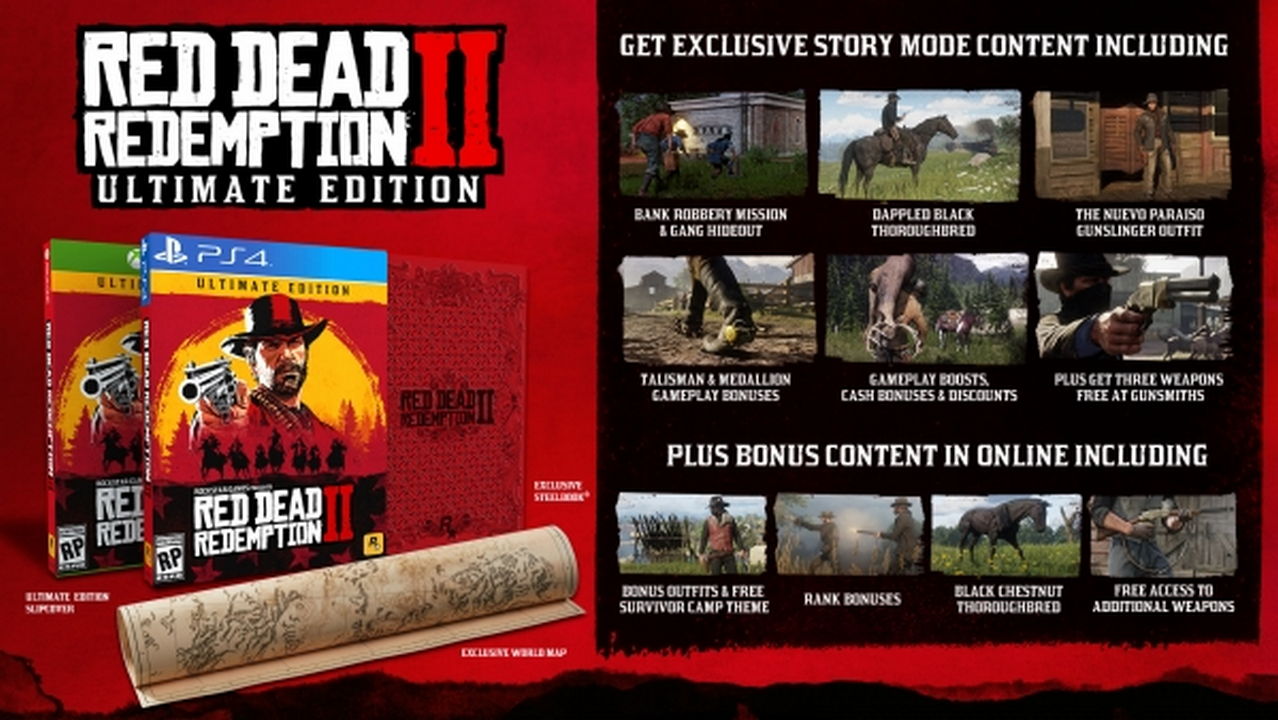 The Red Dead Redemption 2: Ultimate Edition delivers all of the Story Mode content from the Special Edition plus additional bonuses for online including:

The Red Dead Redemption 2: Ultimate Edition is available for pre-order on the PlayStation Store, the Xbox Store, the Rockstar Warehouse and at other select retailers.

No matter which version you choose, all digital pre-orders from the PlayStation Store or Xbox Store will receive an immediate infusion of GTA$ to their Maze Bank accounts in Grand Theft Auto Online: 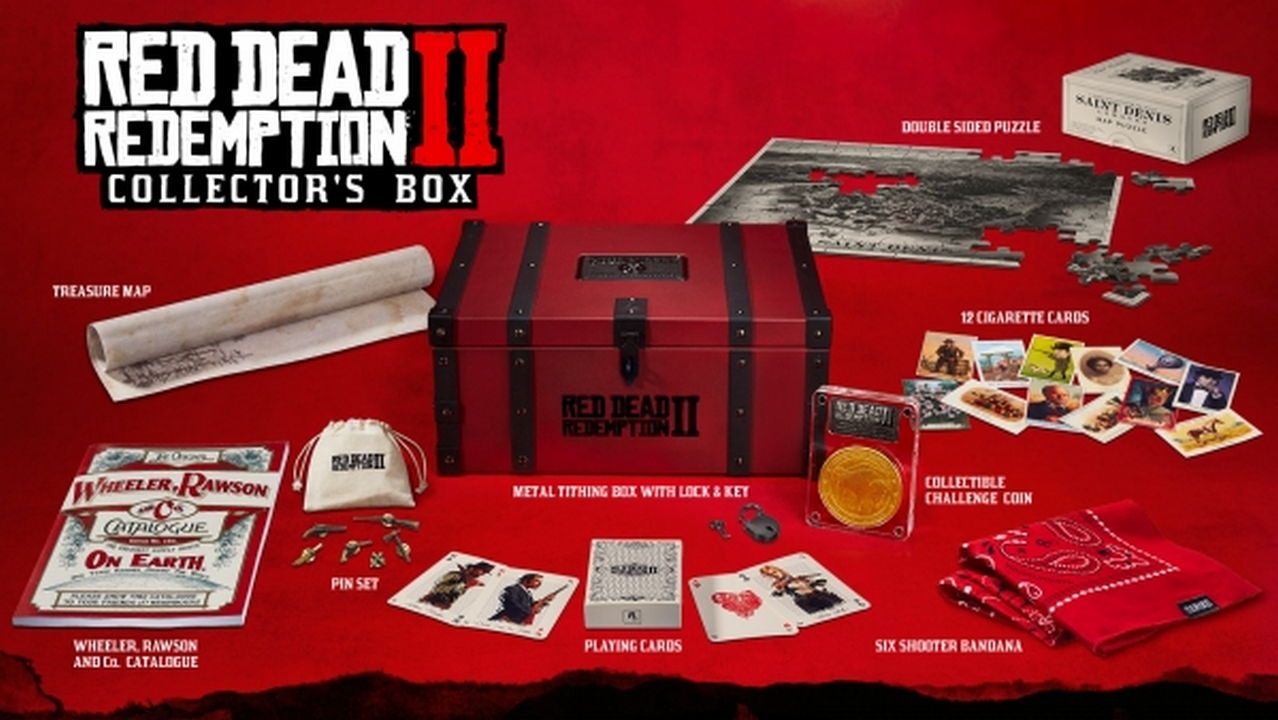 The Red Dead Redemption 2 Collector’s Box is available now for pre-order from the Rockstar Warehouse and look for it to also be available from select retailers.

- Advertisement -
Previous articleThe Destiny 2 “Forsaken” reveal is CRAZY, and it’s exactly what the game needs it to be
Next articleLock and load this weekend at FragFest, the country’s newest shooter festival