It's time for trigger to save anime once again! 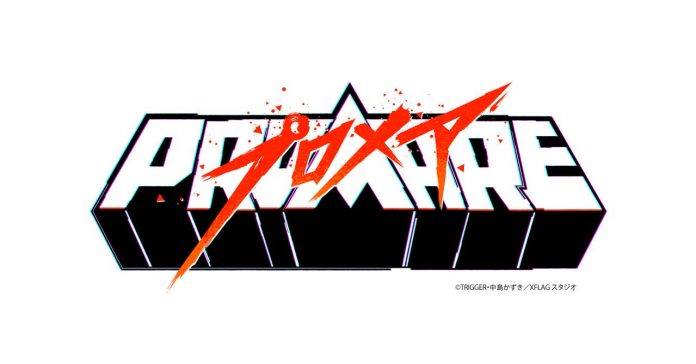 Anime studio Trigger is hailed by a lot of anime fans as “saviors of anime,” and with good reason. Most of their staff are former Gainax members who worked on the epic anime Gurenn Lagann, which they followed up with the equally awesome (and insane) Kill la Kill.

Since then, the studio has worked on several anime, including this year’s hit series Darling in the FranXX (which is animated in collaboration with CloverWorks). While FranXX shares some similarities with Gurenn and Kill la Kill, the upcoming  movie Promare is the real successor. Check out the logo for Promare here:

We have officially revealed PROMARE's title logo!
Following Gurren Lagann and KILL la KILL, PROMARE will be the 3rd title to be produced by Imaishi and Nakashima.
Please look forward for soon to be announced updates! #TRIGGER #PROMARE #kill_la_kill #GurrenLagann #AX2018 pic.twitter.com/4SGpZj9885

Promare was first announced last July 2017 at Anime Expo alongside the SSSS.Gridman and the then upcoming Darling in the FranXX. Gridman and FranXX are co-productions, while Promare is a Trigger-only production; and they’re pulling out all the stops for this one!

At the helm of Promare is Director Hiroyuki Imaishi and Writer Kazuki Nakashima, both of which served as Gurren and Kill la Kill’s director and lead writer respectively.

No details have been revealed by Trigger so far regarding Promare’s story or even its release date. But a promo art was shown at last year’ Anime Expo, and the main character looks very similar to Gurren’s Kamina. Whatever Promare is about, it should be a must-watch for every anime fan, especially with Imaishi and Nakashima at the helm.

- Advertisement -
Previous article
The next Overwatch hero is… a hamster?!
Next article
Crash Bandicoot N. Sane Trilogy now available on the Nintendo Switch, Xbox One, and PC