Join Jesus and Buddha in live-action later this year! 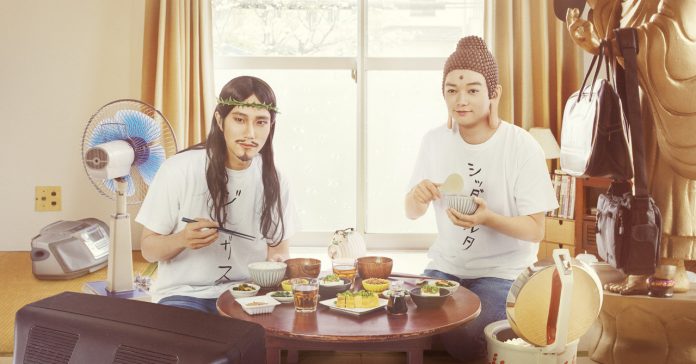 Now this is a Sunday service that we’re excited for! A live-action adaptation of the hit anime/manga series Saint Young Men (or Saint Onii-san in Japanese) will be released sometime this Fall 2018!

In Saint Young Men’s live-action series, Ken’ichi Matsuyama portrays Jesus and Shota Sometani plays Buddha. If you’re worried about their performance as the unlikely savior duo in the anime/manga, then the recently released VR video should allay your fears.

Watch the new 360-degree video for Saint Young Men below. Sure it’s in Japanese, but it’s still quite funny and worth watching (even if I understood none of the dialogue).

If you haven’t seen or read Saint Young Men yet, well, you really should! The series stars Jesus and Buddha vacationing in Earth as roommates — specifically in an apartment in Tachikawa, Tokyo. The series garnered praise from fans and critics alike, it even won the 2009 Tezuka Osamu Cultural Prize, one of the top manga awards in Japan.

Saint Young Men’s live-action adaptation will premier sometime this Fall 2018 on the Piccoma TV streaming service of Kakao Japan. Hopefully it gets an English release as well (or fansubs at the very least)!