Sony swept everyone away at the E3 2018 PlayStation Showcase 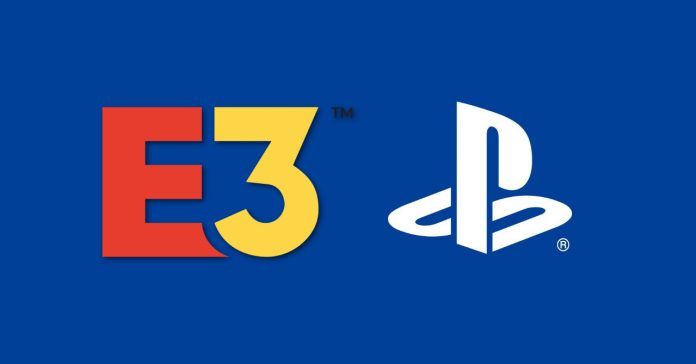 Pack it up folks, it looks like Sony just won E3 2018! Sure, Sony promised to only highlight four games at the E3 2018 PlayStation Showcase, but they blindsided us with new game announcements such as Control and the Resident Evil 2 remake.

Though the four major upcoming titles of Sony were still the highlights of this year’s PlayStation press conference. The said games are: The Last of Us II, Ghost of Tsushima, Death Stranding, and Marvel’s Spider-Man. All four got substantial trailers complete with awesome gameplay action.

Here’s a list of what went down during the Playstation Showcase at E3 2018:

The Last of Us Part II

Sony kicked things off with an INTENSE gameplay reveal trailer for Naughty Dog’s The Last of Us Part II. The trailer started off on a fairly warm note, with Ellie sweetly interacting with a new character/love interest, but then swiftly cutting to her being on the run against human enemies.

The Last of Us Part II’s gameplay looks absolutely fluid and amazing, with Ellie being able to use objects and her environment to her advantage. No story details and release date has been announced though.

A new IP from Sony, Ghost of Tsushima is an action game developed by Sucker Punch Studios. The game is set in 1274 at the island of Tsushima, which is invaded by the Mongol Empire. Players will take the role of Jin Sakai, one of the last surviving samurai, and help free the island from the Mongol invaders.

Tsushima’s gameplay looks like a refined hack-and-slash system complete with dodges and parries. There will also be stealth elements throughout the game (if the gameplay trailer is anything to go by. As with The Last of Us Part II, Ghost of Tsushima has no set release date.

Yes! There’s another meaty trailer for Death Stranding, and it even features some in-game shots. Though one thing is for sure, the trailer left us with more questions than ever. Will it be a stealth action game like Metal Gear? Will it have gameplay unlike any other game before it? Will it just be a walking simulator?

We’ll probably won’t get these answers soon, but hey, that means more time to theorycraft! And more time talk about the star studded cast which now includes French actress Lea Seydoux, who you may know from films such as Blue is the Warmest Colour and Spectre.

Since it was first revealed, Insomniac Games‘ Spider-Man had us excited. Now with the release only three months away, and with the Sinister Six reveal at the Sony press conference, our hype levels are off the charts!

Can’t wait to go up against Doc Ock and company? You won’t have to wait much longer, as Spider-Man releases exclusively on the Sony Playstation 4 this September 7, 2018.

While not one of the highlight games, Control is an exciting new announcement (it’s a new IP after all). The game follows Jesse Faden, the Director of the Bureau of Control whose task is to fight against supernatural enemies like the Hiss. The game is being developed by Remedy Entertainment, which explains why it reminiscent of Quantum Break.

The Resident Evil 2 Remake is finally confirmed, and it’s looking good! RE fans will get to play as Leon Kennedy again, this time with a revamped over-the-shoulder view and high-definition graphics. The RE2 remake is coming out on January 25, 2019 for the PS4.

Team Ninja may have just released the first Nioh title last year, but they’ve just announced at PlayStation Showcase that the sequel — Nioh 2, is in the works. There aren’t much details given during the trailer, so expect more info about the game to be released in the next couple of months.

While they already announced Sekiro at yesterday’s Microsoft press con, FromSoftware is not done just yet. At the PlayStation Showcase, the Bloodborne devs revealed Deracine, an upcoming VR game for PlayStation 4 releasing this 2018. Deracine’s story is as follows:

“As a spirit summoned by a young girl in a secluded boarding school, the player must prove its existence and build a unique bond with the students through clever interactions. As the mystery of the story unfolds, the spirit must use its ability to manipulate the forces of life and time to change the fate of the pupils.”

Those are a lot of new content from Sony, but can you believe that’s not all of it!? There’s the upcoming game Trover Saves the Universe, the Destiny 2: Forsaken story trailer, the new maps for Black Ops III, and another trailer for Kingdom Hearts III.