There were still some cool reveals though. 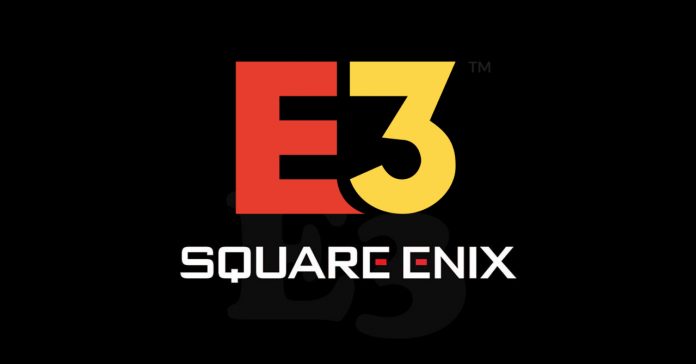 The Square Enix press conference at this year’s E3 is not a trainwreck; I mean, there were some new game teasers, and extended looks into their two big upcoming games (KH3 and Shadow of the Tomb Raider). But overall it was disappointing, especially as most of their announcements have been shown already, mostly on the Microsoft press conference. Not to mention the whole press con was only 30 minutes long.

There was no news on the Final Fantasy VII remake, nor anything new for the Avengers project of Eidos Montreal. Here’s hoping the aforementioned games will show up on the Sony press conference.

If you managed your expectations, there was still some excitement to be had. Here’s a rundown of the major reveals and highlights of the Square Enix press con:

Kingdom Hearts III is undoubtedly Square Enix’s biggest upcoming game, and fans of the series should have a lot to be happy about. Aside from the trailer that dropped during the Microsoft press con, a longer showcase trailer was shown by Square Enix. The showcase confirmed more of KH3’s worlds, including Frozen, Big Hero Six, Tangled and more. Characters Kairi and Axel also made an appearance near the end of the trailer.

Shadow of the Tomb Raider

Much like KH3, a Shadow of the Tomb Raider trailer was already released at Microsoft yesterday, leading to a more extended look into the game at the Square Enix press con. A few minutes of gameplay was shown by Square Enix, showcasing the game’s stealth mechanics and good-looking visuals.

The first of two new announcements by Square Enix is The Quiet Man, which is coming out for the PS4 and PC. Not much has been revealed so far, aside from the fact that the game stars a kick-ass deaf guy. It also looks like the game will have a brutal hand-to-hand combat system. More information is set to be revealed this August, so mark your calendars.

The second of two new games is Babylon’s Fall, an upcoming action game again for the PS4 and PC. The trailer had awesome looking characters, but not much in the way of details about gameplay/story. One thing’s for sure though, this is a game to watch out for as it’s developed by Platinum Games (of Nier: Automata and Bayonetta fame).

To end their press conference, Square Enix announced a collab between Final Fantaxy XIV Online and Capcom’s Monster Hunter: World. It looks like the collaboration entails that FFXIV’s classes will make an appearance in MH: World. More details about it will likely be revealed soon.

That’s mostly it for the Square Enix E3 press con. There were some other minor announcements such as special editions for Dragon Quest XI and Nier: Automata for the Xbox One.

Right now, we’re hoping that Square Enix has more in store at the Sony press con. Their two new announcements (The Quiet Man and Babylon’s Fall) are releasing only on PS4 and PC after all.