We can’t get over how incredible the Spider-Man: Into the Spider-Verse trailer looks!

This is definitely a must-watch when it hits theaters. 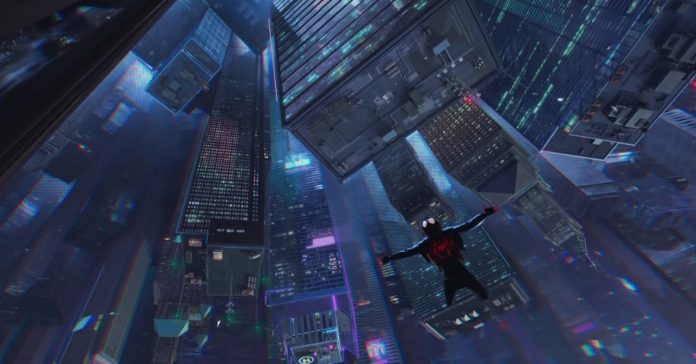 The new official trailer for Spider-Man: Into the Spider-Verse was recently released, and boy is it a treat! We still can’t get over how awesome the visuals look! Plus, it looks to have a great story as well.

If you haven’t watched the trailer yet, here you go:

See how incredible the trailer looks? The scenes in the trailer literally look like comic book pages come to life. We’re not even exaggerating, just look at some of these screenshots that we got:

Now before you ask, no, this isn’t part of the Marvel Cinematic Universe; nor Sony’s own Spider-Man universe either. This upcoming animated Spider-Man flick follows fan-favorite Miles Morales, as he is introduced to the “Spider-Verse” where there can be multiple Spider-Men. In the trailer, Miles is mentored by Peter Parker, the original Spider-Man. The two also meet Spider-Gwen, meaning there might be more versions of the Marvel superhero in the movie.

If that’s not enough to hype you up, then you should know that the movie is produced by Phil Lord and Chris Miller, the directors behind The Lego Movie and 21 Jump Street. Phil Lord also penned the screenplay for this movie.

Spider-Man: Into the Spider-Verse is set to be released on December 14, 2018 in the US. No release date for the Philippines has been announced so far.