Baby Shark do do do do~ 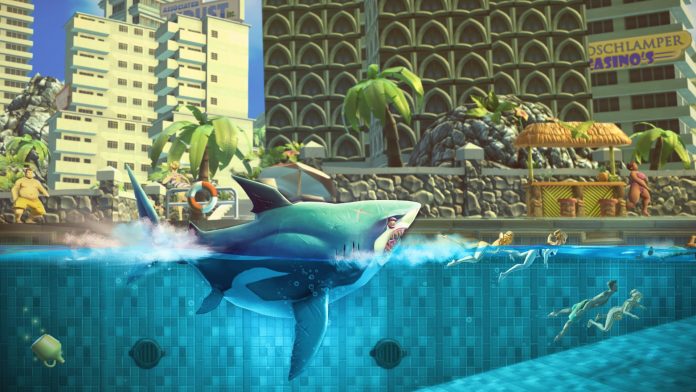 Ever wondered how it felt to be a shark? Not just any shark, a HUNGRY shark! Eating everything in sight, the acclaimed mobile franchise now splashes its way onto consoles as Hungry Shark World is now available! Check out the launch trailer below.

Developed by Future Games of London, a Ubisoft Studio, Hungry Shark World will let players rise through the ranks of the food chain, starting as a small shark with a little bite and progressing into the meanest predator in the ocean. In this jawsome arcade adventure, players will eat as much as they can to take on a variety of fearsome bosses, including gruesome goblin sharks, prehistoric predators and giant squids.

Hungry Shark World introduces four unique worlds to explore, including beautiful tropical islands, sunken temples, vast cities and frozen icebergs. The game features more than 250 epic missions and 20 distinctive sharks to upgrade, each with its own characteristics and personality. As players venture into the depths of the ocean, they will discover new parts of expansive levels, each filled with unique enemies and hidden treasure.

Hungry Shark World is now available on the Playstation 4, Xbox One, and Nintendo Switch, only from Ubisoft!

- Advertisement -
Previous article
Barangay 143 is the first ever Filipino-made anime series to air nationwide
Next article
Call of Duty: Black Ops 4 Voyage of Despair and IX story trailer out now