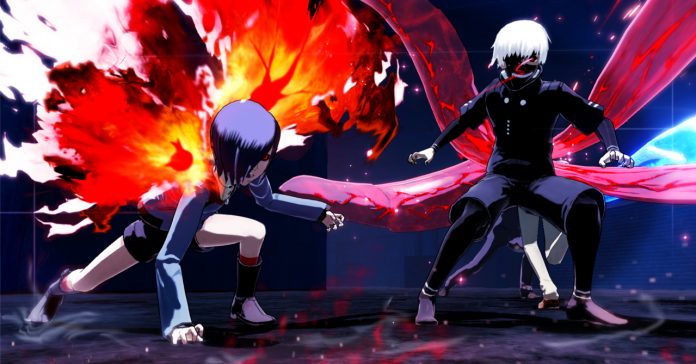 Hit dark fantasy anime/manga series Tokyo Ghoul is finally getting a video game! Bandai Namco recently announced the upcoming title TOKYO GHOUL:re [CALL to EXIST], and it will be released for the PlayStation 4 and PC.

Watch the trailer for CALL TO EXIST here:

TOKYO GHOUL:re [CALL to EXIST] is being developed by Three Rings Inc., and will feature a fast-paced multi online co-op with every player aiming to survive. Players can pick their side — the Ghouls or the Investigators. Each side has access to different abilities and unique weapons, including Kagune (for Ghouls) and Quinque (for investigators).

[CALL to EXIST] will also feature characters from across the Tokyo Ghoul franchise, including TOKYO GHOUL, TOKYO GHOUL √A, and TOKYO GHOUL:re. The trailer and game screenshots confirmed that series main character Ken Kaneki will be playable, along with fellow ghoul Tōka Kirishima and Investigator Haise Sasaki.

TOKYO GHOUL:re [CALL to EXIST] will be available in Southeast Asia (with Japanese dialogue and English subtitles) on the PS4 and PC via STEAM, though no official release date has been confirmed. In Japan, the game will be released in Winter 2018.