The mage returns home with a new-found resolve 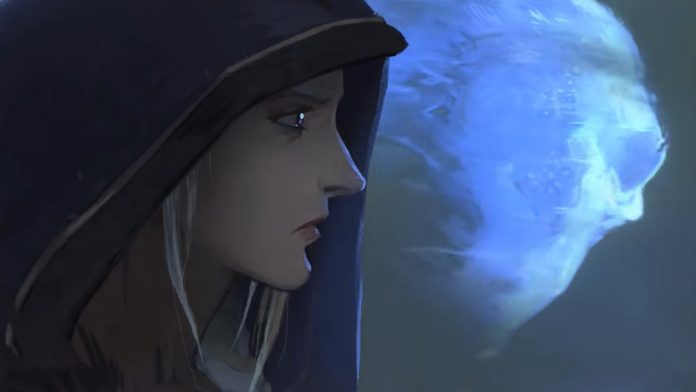 Blizzard entertainment is gearing up the hype on the upcoming World of Warcraft: Battle of Azeroth and started a new video series called ‘Warbringers’. This is a series of animated shorts that will center around three characters – Jaina, Sylvanas, and Azshara! Each will have a video of their own revealing some cool lore and backstories. The first one was definitely awesome to watch as it shows Jaina in a musical comic-style trailer that absolutely gave us chills!

Warbringers: Jaina is the first one to drop and the animation is just superb! It depicts Jaina’s guilt over her past and the death of her father by the hands of the horde. What’s even more exciting about this video was the scene where she reached the open ocean and used her magic to raise her father ship. She now vows to return home and avenge her father. Is this a show of a new resolve within her to fight the horde herself?

Jaina Proudmoore will become a major character in the upcoming expansion “Battle of Azeroth”. While we still have to wait a bit for its release, we can all start riding the hype train and look forward to the next shorts Warbringer: Sylvanas and Warbringer: Aszhara set to release soon!

- Advertisement -
Previous articlePerfectly Balance your Work and Personal life with the Nokia 6.1 and 7 Plus
Next articleThe Road to Nationals commence! The Future of Philippine Esports Seem Brighter Than Ever!