He'd be sorry if they lost! 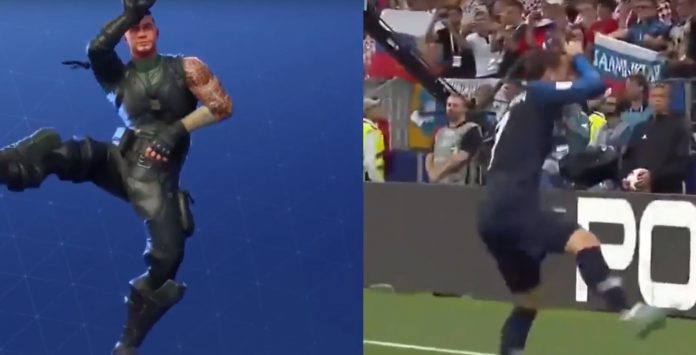 France has won the FIFA World Cup 2018 over Croatia. And for us gamers who didn’t get to watch because of non-stop gaming sessions, you’d be surprised to know that somehow, some way, Fortnite made its way to one of the biggest sports spectacles in the World Cup Finals.

This is the “Take the L” emote in Fortnite, one of the more in-your-face taunts in the game. It is a fitting emote when you know for sure that you’re going to win, similar to what happened during the World Cup Final.

Antoine Griezmann scored on a penalty kick that brought the stadium to its feet, giving France the lead 2-1. In celebration, he bursted out into the emote that gamers would notice from a mile away! Check it out below:

France would eventually go on to win the final 4-2 and Croatia did indeed take this “L”. I’m guessing maybe this could be included in a future FIFA update!

Are there any more dance emotes you’d like to see make it’s way into real life events? Let us know in the comments below!