Get ready for a campy fun time! 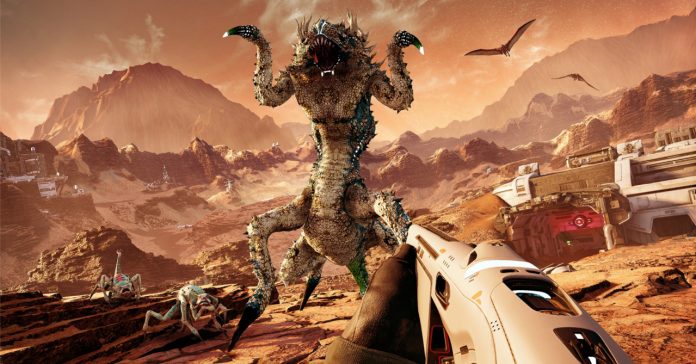 Tired of shooting your way through Hope County, Montana? Then Far Cry 5: Lost on Mars is just for you, and it’s available now on all platforms!

Lost on Mars is the second DLC adventure for Far Cry 5, and it features an absolutely campy (and oh so awesome) story that feels reminiscent of Far Cry 3: Blood Dragon. Watch the launch trailer for the DLC below:

Lost on Mars’ story follows two characters — Nick Rye and Hurk as they are transported from Hope County to the Red Planet. At Mars, they must thwart an alien invasion that threatens to destroy the Earth.

To fight of the alien invaders, Lost on Mars will give players four awesome weapons:

Aside from the new adventure, the DLC will give players access to new Mars-themed assets in Far Cry Arcade. The Lost on Mars soundtrack is also available now, and it features sci-fi orchestra riffs, baritone guitar, banjo, dobro, wah guitar and funky bass lines to get players grooving.