Here are the biggest games to be released this July

There's a ton of new games for the Switch this month! 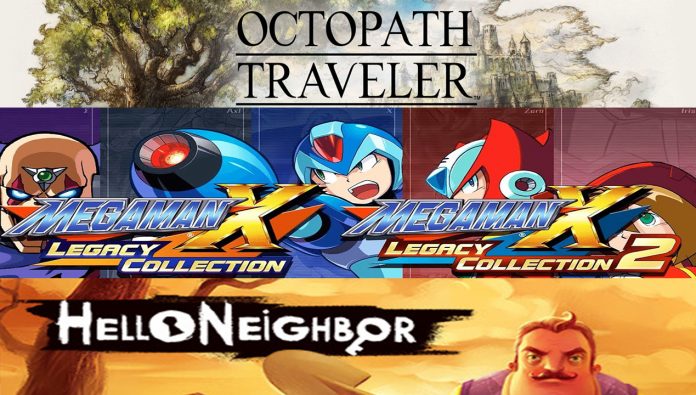 I gotta say, June was a rather slow month for new game releases. But thanks to E3, there’s a lot to be excited about thanks to a ton of game reveals. Some games highlighted at E3 this year will even be released this July!

You better ready your wallets then, as we compiled a list of video games that will be released this month. So without further ado, here’s the major game releases of July 2018:

Highlighted during E3, Octopath Traveler is one of the most exciting game releases this month. Players will get eight characters, and have eight roles to choose from in their adventure through the fantastic world of Orsterra. This role-playing game by Square Enix and Acquire studios sports a high definition 2D aesthetic that gives players the feel of playing a 16 bit Super NES game. And of course, the game promises to deliver a great and engaging narrative with excellent characters.

It may not be a new Yoshi game, nor is it as big as Super Smash Bros Ultimate, but this spin-off game from the Mario franchise is a noteworthy title. Originally launched for WII U, Captain Toad: Treasure Tracker is getting a Switch and 3DS port this month. This action-puzzle game features the lovable Toad and Toadette as they explore various kingdoms and collect its hidden riches while solving puzzles along the way.

Relive the good old days and play this collection of the classic Megaman series that we all know and love! As part of the 30th anniversary of Megaman, Capcom is releasing all of the eight Megaman X titles as a 2 part Legacy Collection, complete with bonuses across all platforms.

I gotta admit, I was disappointed with No Man’s Sky when it first came out; but this port might just change my mind. The developers promised to include actual multiplayer interaction, among other features in the Xbox One port of No Man’s Sky. But will this be enough to forgive the first game despite on its many flaws? Well I hope so

Hello Neighbor was initially released last December for PC, and it’s arriving to the PS4 and Nintendo Switch this month. Hello Neighbor tasks players to explore his/her neighbor’s house and uncover what secrets he is hiding below his locked basement.

If you like cats and anime girls then you should look forward to this Visual Novel. Developed by Neko Works (no surprises there) and originally launched on Steam, Nekopara Vol. 1 is getting a PS4 and Nintendo Switch port this month. The port will include a new Opening Movie, new CG images, and new scenarios. If you’re remotely interested in anything neko, this game is a must buy ( ͡° ͜ʖ ͡°).

Those aren’t the only games being released this month though. Here’s a list of all other games that will be available this July:

For more gaming news, reviews, and other and geeky stuff, keep posted here at Ungeek.

- Advertisement -
Previous articlePlay as Barack Obama in ‘Barack Fu: The Adventures of Dirty Barry’
Next articleMSI showcases their gaming line at Complink Gaming and Tech Fair