Any cheaper and it would be free. 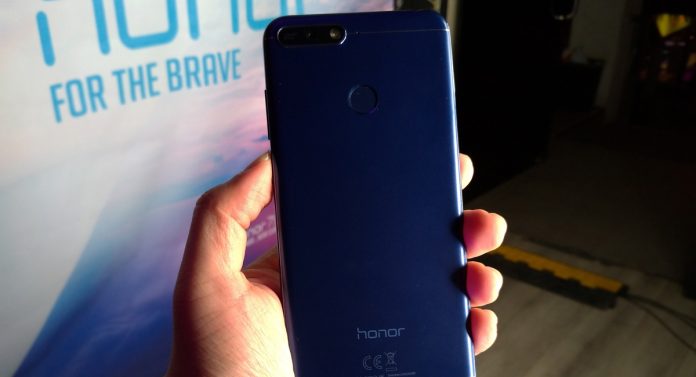 2018 saw a slew of tremendous smartphone releases and the comeback of one of the Honor – a smartphone brand that prioritizes affordability without scrimping on features. When the Honor 10 launched, we were taken aback with superb specs at mind-boggling affordable price. Will their entry level offering be the same? Well, just a few days back, Honor Philippines recently unveiled the Honor 7S and 7A, two entry-level smartphones that are packed with decent features for the everyman. 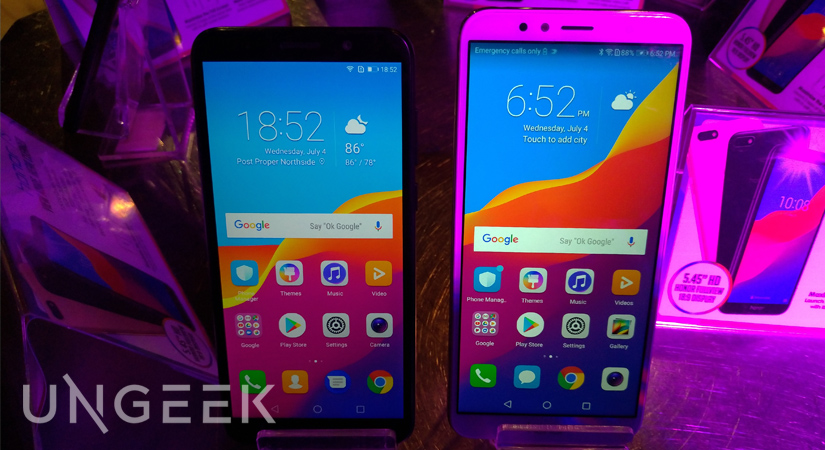 It has a little bit of everything to deliver common solutions for everyday usage like camera, video and audio entertainment.

BOTH handsets are below the Php 7,000 pesos price point AND are available starting today at Shopee and Lazada. However, for those ordering the 7A, Shopee had a FLASH SALE yesterday and slashed off Php 1,000 peso off on the Php 6,990 SRP to bring it down to Php 5,990. Don’t worry, they’ll do it again on July 14 and 30 but only from 12nn-3pm. So you gotta set your watch to those time, guys! 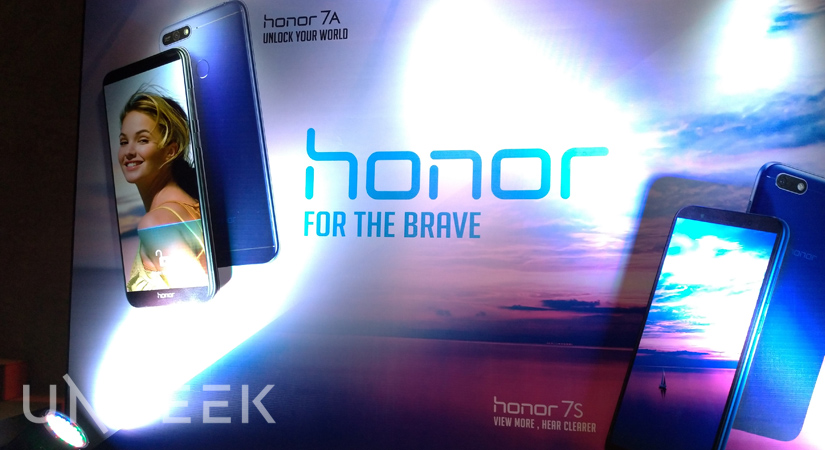 “Globally, Honor continues to set itself apart by making the latest technologies and superior user experiences available to all consumers, and especially to those who are poised to be those that will continue shaping the industry and the world: the youth. We are driven by our goals to foster creativity and empower the young, and in a country like the Philippines where majority of the population is composed of the millennial-generation, we are especially excited to launch our premier budget smartphones,” shares Country Director of Honor Philippines, Mr. Wang Yang. 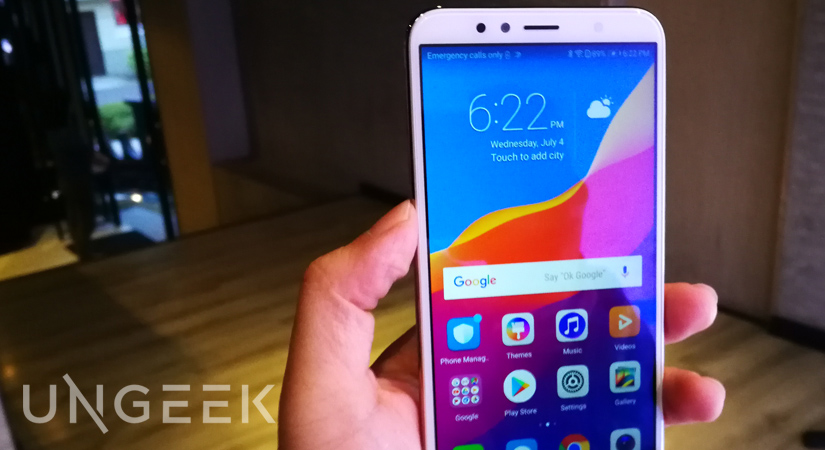 Out of the two, the Honor 7A is packed with more features for those who want a bit more out of their smartphone experience. Touted as having “innovative and high-tech features” rarely seen at this price-point (such as 5.7” bezel-less HD IPS display, facial recognition and fingerprint unlock, etc.), the Honor 7A also has a decent enough camera that can match phones at higher price-levels (at least on paper).

With a 13MP main shooter and an 8MP front cam, the Honor 7A supports a variety of shooting modes like Beauty, Capture Smile, Ultra Snapshot, Food, Watermark, and AR lens – all giving you more options and better ways to up your mobile photography game. For selfie-lovers, the Honor 7A has a built-in selfie toning light and a beautification mode which makes natural correction on the face. 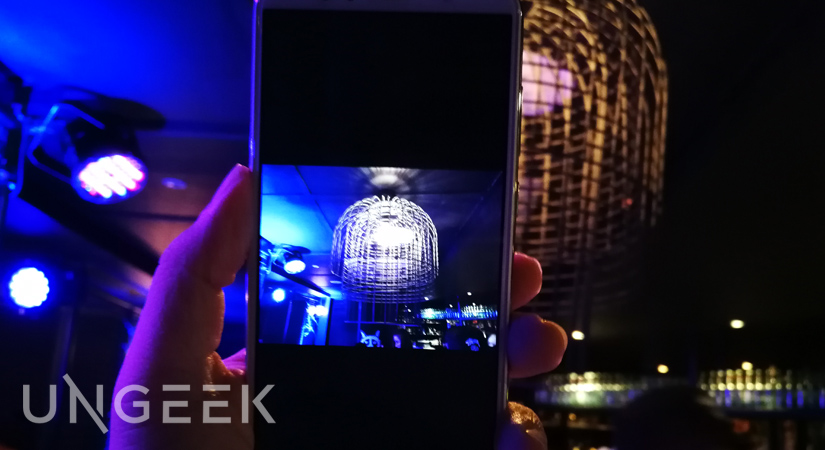 The Honor 7A is definitely built for entertainment especially for music lovers with the smartphones’ Party Mode. This feature allows nine smartphones to connect together via Wi-Fi and play the same music simultaneously creating one large mobile speaker. WILD.

The Honor 7A is powered by an Octa-core Qualcomm Snapdragon 430 processor, 2GB of RAM, 16G of Memory (expandable to 256GB) and fitted with EMUI.8.0 OS. 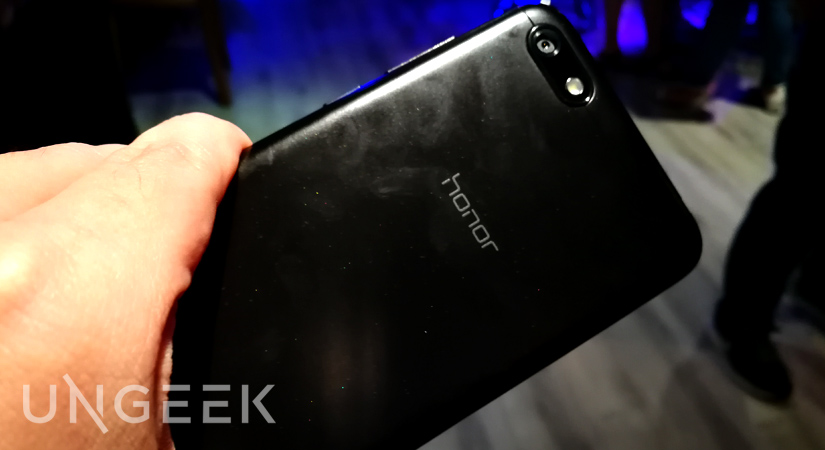 For those truly scrimping on the budget, there’s the Honor 7S, a slightly smaller phone frame than the 7A with a 5.45” 18:9 widescreen HD display (1440×720). There’s also the larger volume receiver that’s equipped on the 7S that allows you to hear clearer voice calls even in loud environments. If the 7A embellishes the smartphone with features for entertainment, the 7S runs on practicality. Ideally, this can be a child’s first smartphone – something that won’t break the bank but something that would serve a multitude of purpose given that the 7S is also equipped with an octo-core processor, albeit a MediaTek one and 2GB of RAM & 16G of internal memory (expandable to 256GB).

It’s great that Honor is stepping out of their Kirin-comfort zones and exploring various microchip vendors as well. 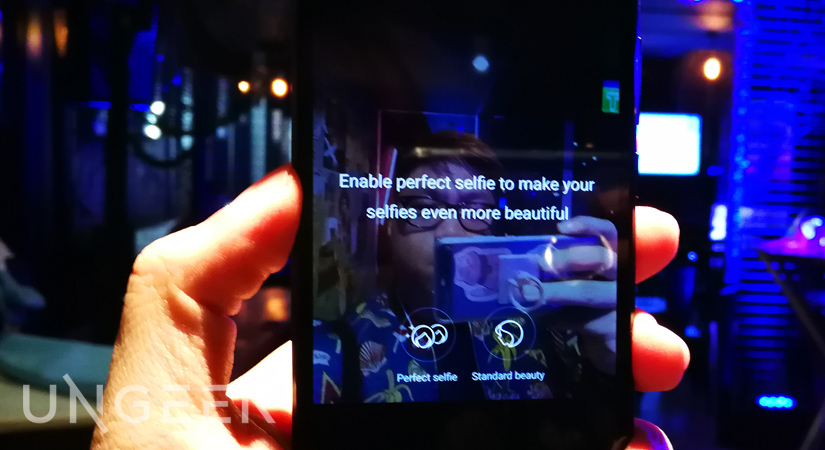 To round up the specs highlight of the 7S, it’s equipped with a 13-megapixel main camera and a 5-megapixel front camera. Slightly de-powered from the 7A, the Honor 7S however has a perfect selfie program (or I believe this is where the LED selfie lighting comes into play) where the phone will prompt you to take various angles of your face so they can determine the right amount of correction for when you do take a selfie later on. I’ve yet to spend more time on it but I was amazed with the feature inclusion on the 7S. See? While, Honor did lower its price-point, they didn’t scrimp on features. The 7S also carries with it a 3020mah internal battery which would last you about a day. 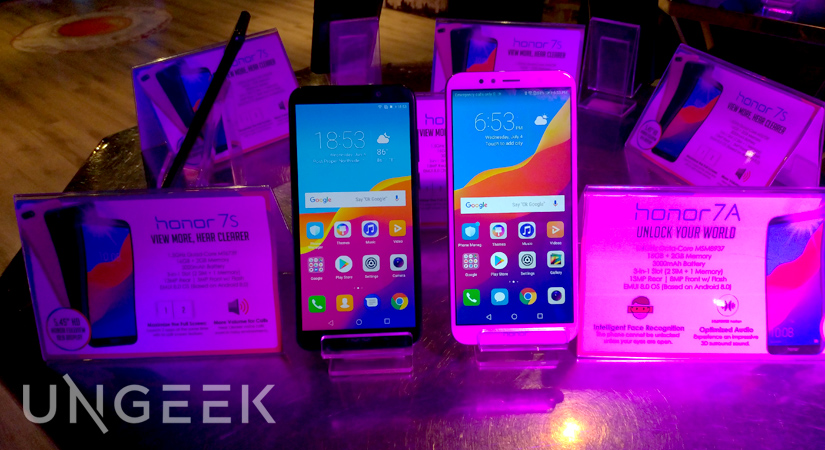 We’re hoping to get a better grasp of these entry-level phones once we do a hands-on and review soon. But if you’re keen on grabbing one, the Honor 7S is being sold for Php 5,490 today at Shopee and Lazada and in select stores beginning on July 10, 2018.

For more info, give them a LIKE and FOLLOW on the official social media page of HONOR PHILIPPINES.