Ingress is getting an anime adaptation, to stream worldwide on Netflix 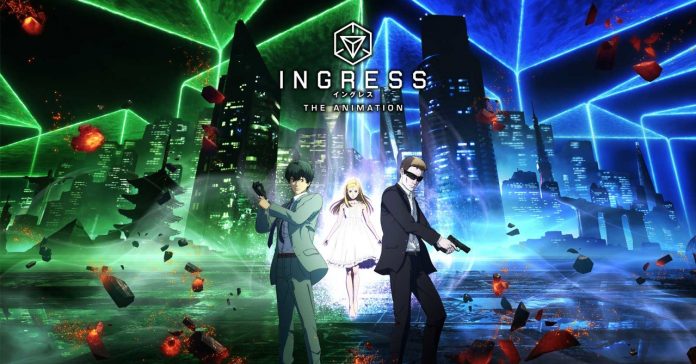 Pokemon Go might be the first game on top of everyone’s head when augmented reality games are mentioned, but Niantic’s Ingress was actually one of the first AR mobile games to become mainstream. Ingress was first released in 2014, and up to now there’s still a dedicated playerbase all over the world.

Ingress is still alive and kicking, and you should expect the playerbase to grow some more soon, as an Ingress anime adaptation is in the works!

First teased last March, Ingress the Animation will air worldwide on Netflix this 2019, with a Japanese release slated for October 2018. The anime boasts a stellar production cast, which includes Takeshi Honda (art director for Neon Genesis Evangelion) among many others.

For those unfamiliar with Ingress, here’s a quick synopsis of the upcoming series:

Since he was little, Makoto had a strange power which enabled him to read the memories of objects he touched.
Hiding his uncontrollable power, he works as a special agent in the police force. One day, while investigating an explosion at a laboratory that researches a unknown substance called “XM”, he sees a mysterious memory .
The memory was from Sarah’s ring, who was the sole survivor of the accident.
It was a sight of a person being swallowed into a red light and disappearing.
Makoto becomes embroiled in a massive conspiracy.
The battle for “XM”, a material that could affect human mind, starts now――

Along with the anime’s announcement, the main characters of the series was also revealed. Ingress the Animation’s MC is Makoto, a special agent from the police force. Joining him is Sarah, a girl that’s being hunted down by a mysterious agent named Jack. Also part of the cast is ADA, a sentient artificial intelligence.

For more information on the upcoming anime series, visit the Ingress the Animation official website.