Get your keyblades ready, folks! 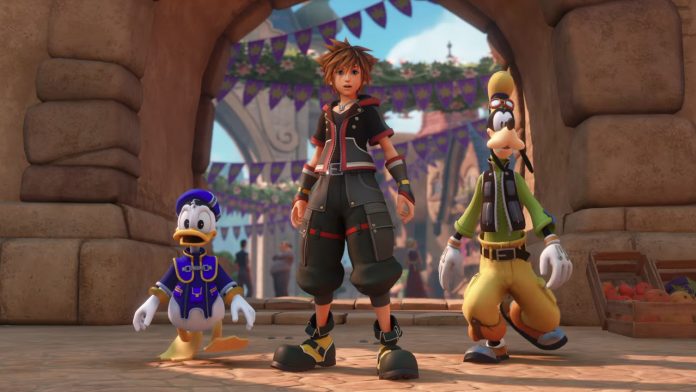 The game isn’t even officially out yet, but man – Kingdom Hearts III is already winning awards! It continues to get an incredible amount of positive feedback having already won over 30 awards from both North and South American media outlets. That includes being named “Best RPG” by the E3 2018 Game Critics.

The launch of Kingdom Hearts III is less than a year away. At this past E3, it was one of the most popular franchises at the event and the line queues went on for HOURS! We’re definitely in for an adventure of a lifetime as this title bundles all of our favorite titles into one experience.

“The long-awaited third entry in the beloved KINGDOM HEARTS franchise brings together the magical worlds of Disney, Pixar and Square Enix,” said Ryan Lacina, Product Marketing Director at Square Enix. “Fans can expect an RPG adventure of a lifetime, with all new worlds and characters, epic battles and a storyline filled with Disney magic.”

Kingdom Hearts III will be released on January 29th,2019 for the PS4 and XBox One (Finally!).

- Advertisement -
Previous article
Another batch of Uniqlo Shonen Jump t-shirts coming to the PH next week!
Next article
Tomb Raider Bi-coastal Event Brings you Right into the Jungle