Review: Ant-Man and The Wasp | Going Sub-Atomic… just like the movie’s relevance 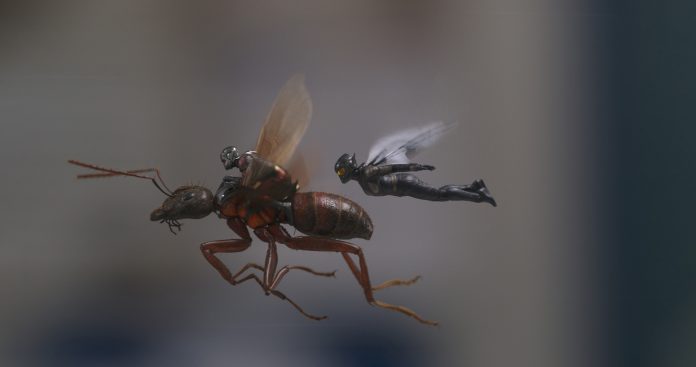 [Warning, there will be SPOILERS in this review. So we suggest you watch the film first then comeback here after. Or read at your own risk by scrolling past Spoiler Kitteh]

As a lover of these gigantic summer blockbuster comic book movie films, I had high hopes for Ant-Man and the Wasp. While not as big of an IP as the other show-runners, like Iron Man or Captain America, Ant-Man (especially the first film) had audience laughing and enjoying the cinema again after the laborious Avengers: Age of Ultron. The small heist film that brought epic proportions (pun intended), was the perfect palate cleanser creating a jovial, fun environment that mixed great action with a stable story that affixes a few key characters within the Marvel Cinematic Universe.

So, did you get what that possible tie-in could be? Clue, it was mentioned in the trailer and it was mentioned on the first film as well — a warning to Scott Lang (Paul Rudd) by the original Ant-Man, Hank Pym (Michael Douglas) about the negative effects of going Sub-Atomic — that you may enter the much-talked about Quantum Realm: a place where all concepts of time and space disappears and you get lost in between universes forever (or so the theory goes). 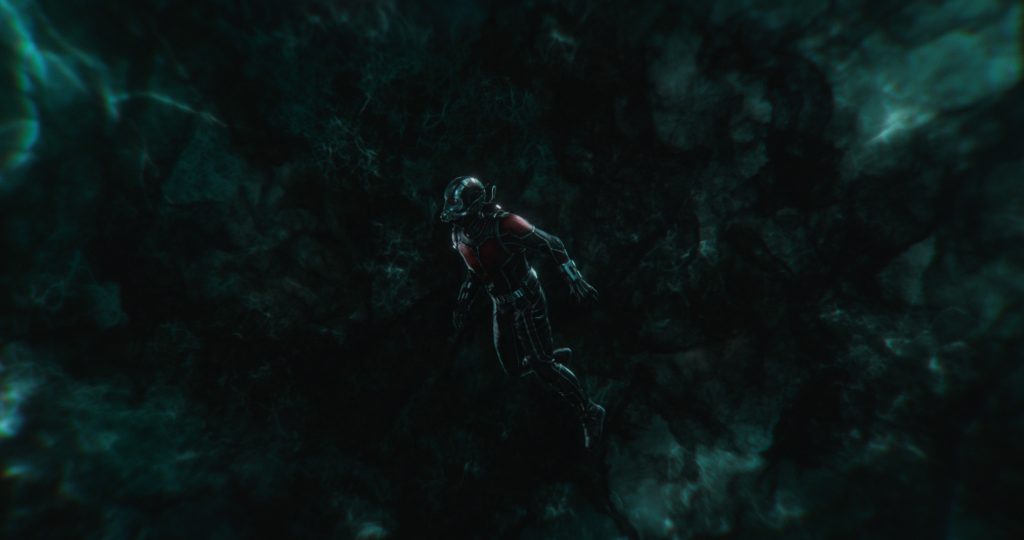 As Scott has proven that he could come back to from the Quantum Realm from the first film, Ant-Man and the Wasp revolves around trying to get into this in-between-worlds to finally scoop up Hank Pym’s wife, Janet Van Dyne (Michelle Pfeiffer) also the original Wasp and mother to Hope Van Dyne (Evangeline Lilly), current Wasp. 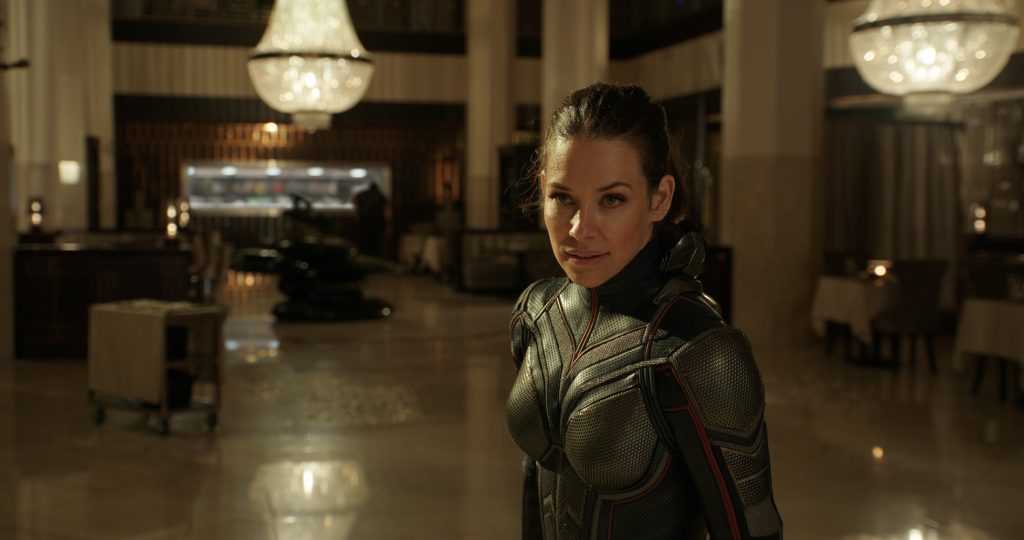 On paper, the movie works and not just as a stand-alone film but a film that serves as a bridge to the next big Untitled Avenger Movie. This is where things start to fall apart for Ant-Man and the Wasp.

Humor plays an important role in a lot of the Marvel movies. Heck, even Avengers: Infinity War (with its serious theme) had some great lighthearted moments that didn’t feel out of place and a comedy that’s aptly earned. Ant-Man had none of those great moments and felt like they were serving joke after joke because the audience will find out that, underneath the layers of punchlines and action set-pieces, was a story that’s held by a really thin string. 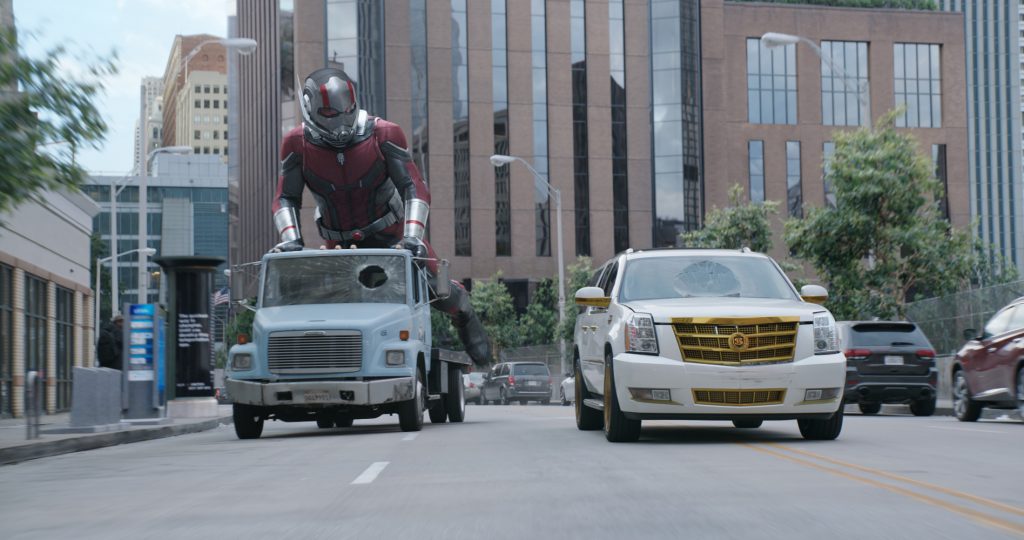 Maybe it’s the producer’s fault, maybe it’s the studio; but the 2nd movie tried hard to recreate the formula that made the first one work without much substance that it comes off as one big fluff. For tension, they added a “villain” in the form of Ghost (Riann Steele) — a mysterious burglar of sorts that can phase in and out of matter. She can go through walls, turn herself invisible and pretty much carries her comic-book counterpart’s array of abilities. But, the movie fails to paint her as a real threat unlike Darren Cross (Corey Stoll) from the first movie. 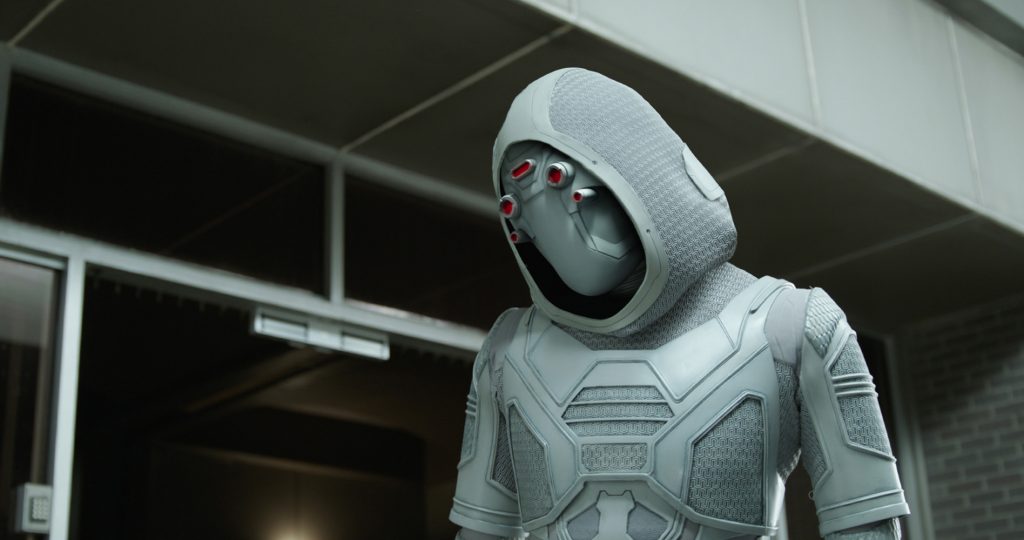 With Darren, it’s clear that we have a megalomaniac set to enrich himself and step on anybody that gets in his way. With Ghost, the film gives you her desperation but, while a villain that’s relatable usually makes for a good villain, Ghost’s motivations are too surface-level when compared to the pantheon of good Marvel Movie baddies. She really just wants to survive. She never wanted her powers in the first place. 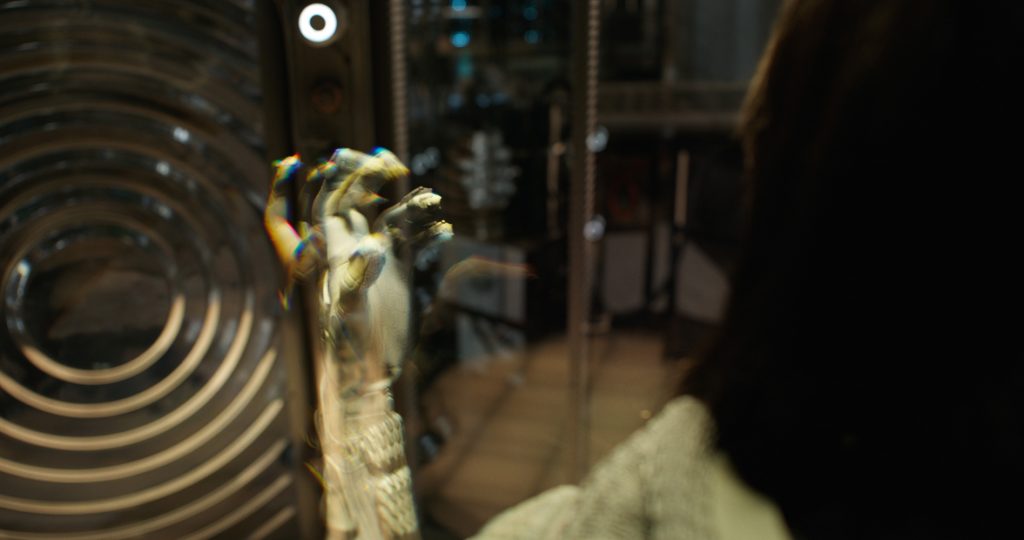 To shoe-in a lot of drama, Marvel added the idea that she was once a S.H.I.E.L.D. operative trained as a spy and saboteur (a detail I didn’t need to know and just opens more questions than proper answers). To make matters worst, they included Bill Foster (Lawrence Fishburne) and Egghead aka Elias Starr (Michael Cerveris ) for reasons I’ve yet to truly understand. I feel that the inclusion of the two serves as a wink to long-time Marvel fan but does not serve the story at all. And the twist regarding Bill was handled rather poorly. 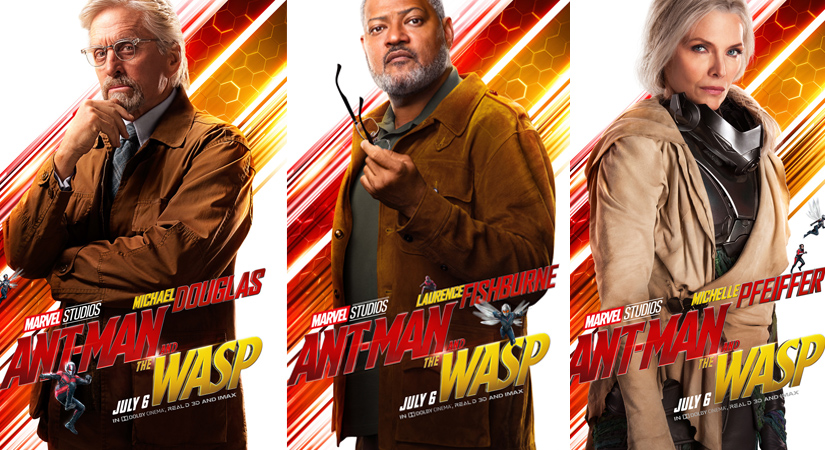 In fact if anything, the true enemy in Ant-Man and the Wasp is ill-timing, terrible circumstances, and a lot of miscommunication. The whole movie could have been resolved if egos were set aside and everyone just talked things through because in the end, major spoiler, everyone got what they wanted. Meaning, everything could have been resolved immensely better (and quicker) — which now leads me to the problem of the movie. Aside from lacking proper tension, it lacked proper value. 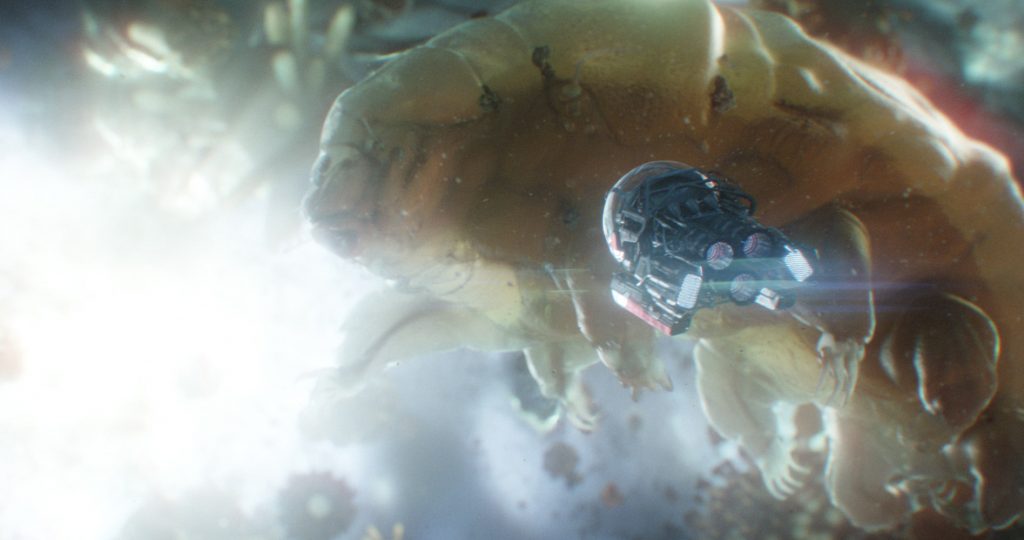 If Ant-Man and the Wasp serves as a springboard for the next Avenger Film, they should have focused more on the importance of the Quantum Realm instead of glossing it over and discussing it with mind-boggling highfalutin words that would only make sense to the likes of Hank Pym.

Don’t get me wrong, the film is fun to watch because of the great interaction of the cast, the humor and punchlines (thrown rather abundantly) and great action set-pieces, it just failed to do the one thing it set out to do: make you care. 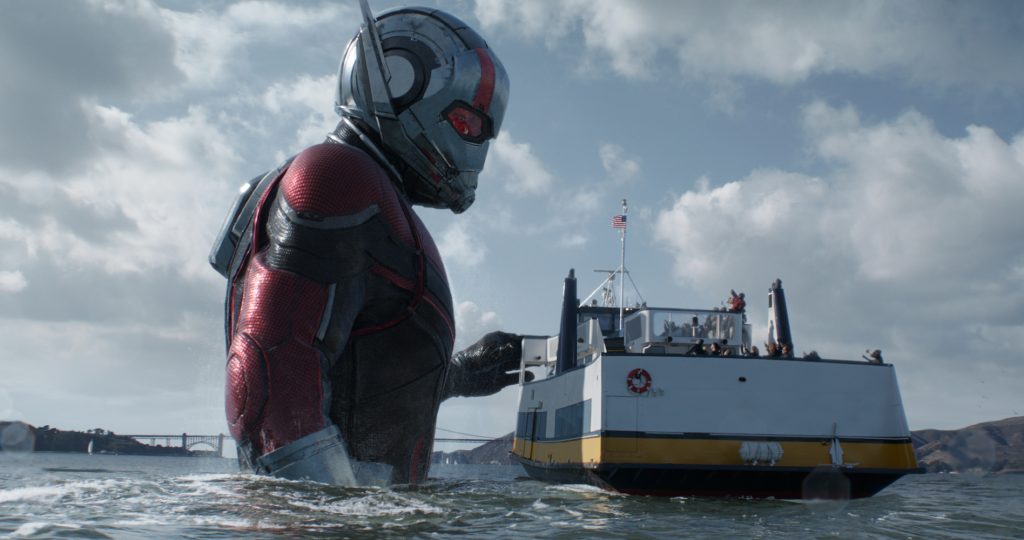 Even Ant-Man’s involvement in the film was watered down so much because of how efficient Hope is at being the Wasp. To add to the tension (and more humor), they interjected a running gag of Scott’s malfunctioning suit. Why? Pretty much to satisfy a quick (but lazy) solution of tying scenes together and moving the story along. 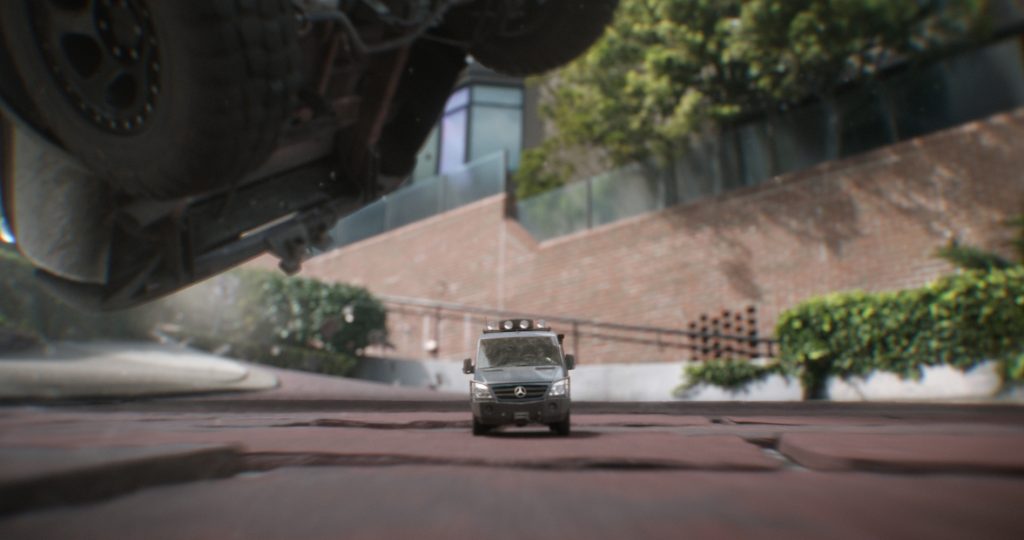 Ant-Man and the Wasp simply wanted to do so many things that it failed to be balance itself completely. It’s weird to like and not like this film at the same time because you’ve got great elements in here but, at the end of the day, it simply can’t make you care enough for anybody. And that, I feel, is a greater problem than going losing your regulator and going sub-atomic.

Ant-Man and the Wasp opened last July 4 in theaters nationwide. There are 2 post-credit scenes after the film. One has direct relation to the events of Avengers: Infinity War and the other, well, not so much.

Review: Ant-Man and The Wasp | Going Sub-Atomic... just like the movie's relevanceMarvel's Ant-Man and the Wasp has enough humor and action set-piece to satisfy the Marvel producer's that's ticking boxes out of a to-have list. It has all the elements and makings of a great film except it failed to do one major thing: make us care deeply about anything that's happening on screen.