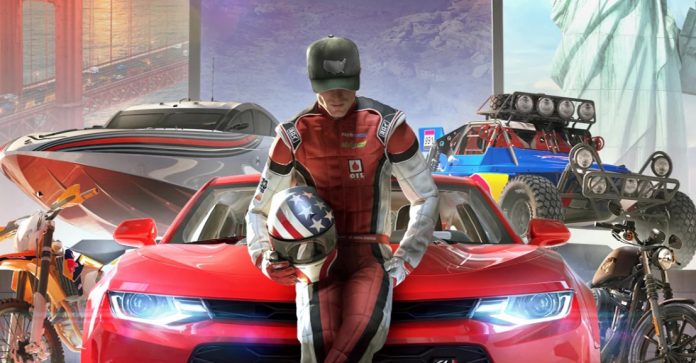 The first Crew game was an ambitious one, with a concept that, if pulled off properly, presented to be a really good way to shake up racing games. Instead, we got something that was… ok, I guess is the right term for it. The game meant well, but gets hobbled by multiple inconsistencies that unfortunately bogged down the whole product. The Crew 2 is now here and much like the first outing, it promises to provide a racing experience unlike any other with its wide variety of vehicles and sprawling landscape. How does it fare compared to the original? Check out our review of The Crew 2 from Ubisoft!

First off, The Crew 2 promises the same premise as the first, allowing you to race throughout America (you read that right, America) using a variety of fun and fast vehicles. For the most part, it works. While it isn’t a thousand miles wide and the details have been a bit washed out for a lot of the areas to be geographically accurate, riding through the city (and states) feels like a very fun cruise at over 100mph. It’s not the prettiest joyride, which is sad because the game could have used more of the power of the current generation consoles to create better graphics, but I guess I understand how that would have taken waaaaay too much time with the scale that they initially envisioned the game to be.

I also meant fun in a good way, because for a racer, the controls are actually pretty responsive. Nothing puts me off more than nasty control configurations and choppy camera work but in The Crew 2, every bit of the action is fast and is felt by the player as the sense of speed here is depicted pretty well. Vehicles are responsive and it’s a very good foundation to build upon as the game is eventually tweaked and more updates are added since this is an online game. For a game that introduces boats and planes, The Crew 2 has seemingly got the controls pointed at the right direction. It’s… decent, and with a lot of racing games nowadays, decent is actually pretty hard to come by. If anything, I felt that the boats took a lot of getting used to but once you figure out the interaction with the water physics, you should be all set.

Speaking of controls, a particularly intriguing feature for me was the “Fast Fav” system, which actually allows you to switch vehicles on the fly. Tired of hitting the road with your BMW, switch up to a plane to roam the skies or hit the waters with a variety of boats to choose from. It is very intuitive and actually very fun just switching in between vehicles as it’s not often that you get to take all 3 horizons at a moments notice. It is an arcade racer after all so people asking how in the world it actually happens should maybe play another game. I personally would have wanted more of the “xtrem” events, ones that take advantage of the fast fav system, and seeing as it was a main selling point of the game, the addition of only a few of these events made it feel like an afterthought rather than a key feature of the game.

In The Crew 2, you don’t just roam around aimlessly across the vast expanse. There are a lof of racing challenges and goals for you to set out on like street and circuit based races but for some reason, the races feel rather repetitive for some reason I can’t put my finger on. Is it the less than gorgeous graphics or maybe the not so memorable tracks and scenery? The culprit could be the progression system, which lets you race repeatedly to grind rewards that do not feel satisfying to unlock and achieve. If anything, the system feels tacked on and was not really thought through very well, seeing as the user experience and enjoyment drops significantly after a number of sessions.

One gripe for me is that PVP is not enabled yet as of this writing, as it is a planned update on the Winter of 2018, along with new vehicles and hoverboats. Something as crucial as PVP is something publishers and developers should include in the launch game, not as an update after, and I’m not just singling out The Crew 2 because this norm of “let’s just patch it after launch” has become something that the industry should not be proud of. I won’t go into a full blown rant about it but for this particular example, I felt that PVP should have been built in because for an online game, this aspect is crucial and part of the minimum product and while the game has a co-op feature built in, it just isn’t enough.

Another small gripe for me is the AI, which honestly was one of the things I didn’t like about the first game as well. The leader handicap is really noticeable in the game, allowing players who are not first place to catch up making it a tight race. While it sound great and exciting on paper, it totally negates driver skill, which I guess I should half expect since this is an arcade racer after all. The system allows for cheap tactics and I can’t stress enough how mad I was when I lost a couple of races after leading the whole time due to a slight mistake during the last 10-20 seconds of the race that allowed the second place car to breeze through.

Overall, The Crew 2 is a good game that is hobbled by some glaring content decisions that didn’t make it during launch. It felt like an unfinished product but with a good and solid foundation that can be “patched” in the future. Not ideal, but it is what it is and The Crew 2 is a game that could take advantage of this trend. If there’s one thing Ubisoft is known for, it’s that they know how to turn a ship around by listening to the community and if their track record is any indication, The Crew 2 should be a fantastic arcade racer towards the end of the year, let’s just hope it’s not too late.

The Crew 2 was reviewed on a PS4 Pro on a review copy provided by the publishers.

Previous article
My Hero One’s Justice Gets a Western Release Date for Consoles and PC!
Next article
Get to know more about The Wasp in this special featurette with Kevin Feige mentioning their connection to Avengers 4

A game that feels like it's lacking but has a good foundation already placed. We hope that updates to fill the void come soon and make this GOOD game into a BETTER one. The Crew 2 Review | You got some racing in my planes and boats game