Twitch Prime is gearing up for its biggest game giveaway ever!

21 games are up for grabs until July 17, including Pillars of Eternity, Metal Slug 3, and more. 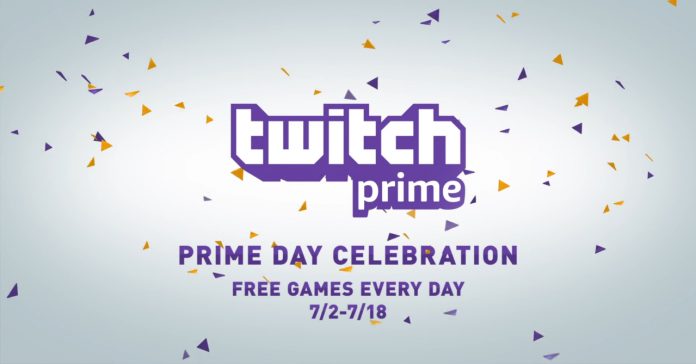 Not yet a Twitch Prime member, well this might just convince you! Twitch recently announced that it’ll be celebrating Amazon Prime Day with its biggest game giveaway ever!

From July 2 to July 17, Twitch is giving away a total of 21 games for free to all Twitch Prime members! Best part is that there’s no catch, once you redeem the free games, they’re yours to keep forever!

Here’s a list of all the free games in Twitch’s Prime Day Celebration, along with their redemption dates: 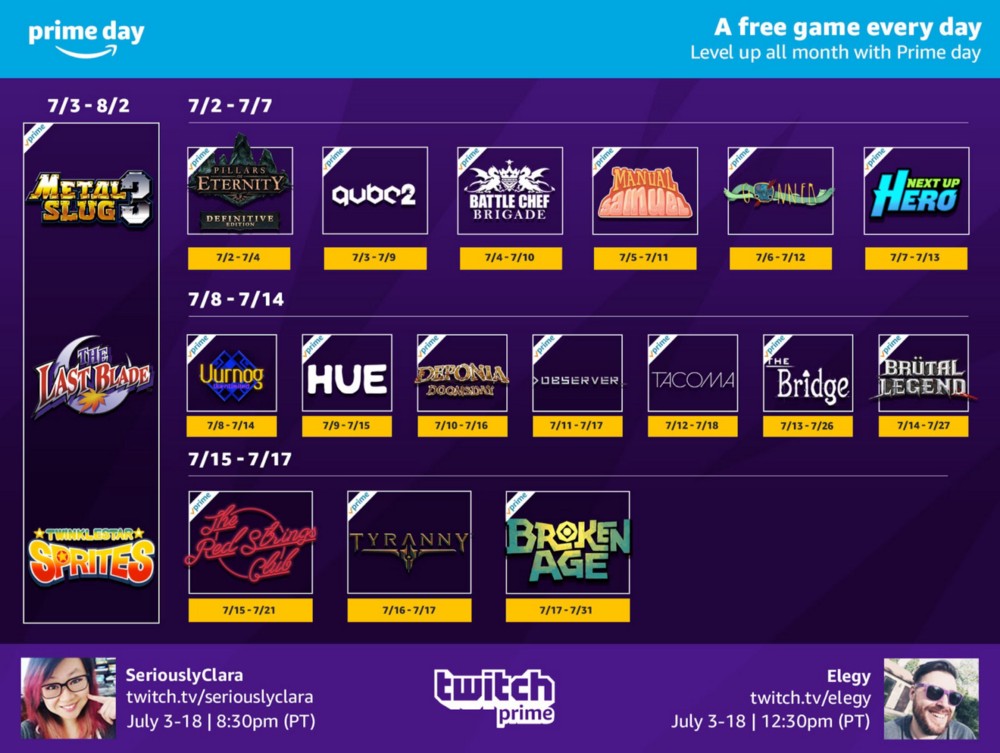 To further celebrate Prime Day, Twitch is tapping streamers from all over the world (including the likes of SodaPoppin, Elegy, and SeriouslyClara) to showcase the free games.

Interested in getting the 21 free games from Twitch? Just get a Twitch Prime subscription! It’ll cost only USD 2.99 per month for the first six months; members won’t only get free games, they’ll also get ad-free Twitch access, a free Twitch channel subscription per month, exclusive emoticons, and many more!

Visit the Twitch Prime website to find out more.

- Advertisement -
Previous articleThe MPGL Asian Championship 2018 Finals in Thailand is esports for a cause
Next articleAnother batch of Uniqlo Shonen Jump t-shirts coming to the PH next week!