Did your favorite anime opening make the cut? 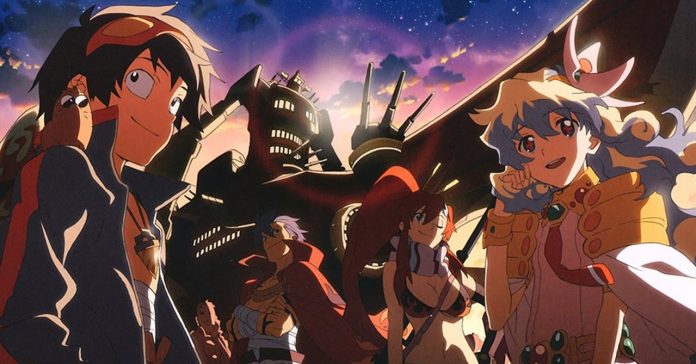 A good opening credit sequence is not a requirement for an anime to be considered a must-watch, but having a great opening can elevate any anime series. An opening is one of the first things new viewers will see, meaning it should catch their attention to convince them to keep watching.

Though having a memorable song is not enough, a good opening must set the tone for the anime series. It should also be visually striking, or at least have great animation that matches (or contrasts) the show. And finally, great anime openings should give viewers a bit of insight on the show’s cast of characters.

There is also the fact that modern anime (anime after the year 2000s in our definition) is markedly different in style compared to retro anime (80s and 90s anime) openings. It’s unfair (not to mention difficult) to compile everything into one list. So we decided to make a separate list of best modern and retro anime openings.

After much debate in our team, here is UnGeek’s Top 10 Best Modern Anime Openings:

10. Attack on Titan – Gurren no Yumiya

Attack on Titan was one of the most hyped anime series of 2013, and it delivered in spades. The series had intense action, compelling drama, and a memorable opening in ‘Gurren no Yumiya’. We’re pretty sure everyone got pumped up by the first opening for AoT, and it certainly matched the feel of the series well.

Sadly, the other openings of the series could not match the sheer impact of ‘Gurren no Yumiya’. Though we can’t blame the creators, as its tough to follow up such an awesome opening.

The opening credits for Madoka Magica certainly looks and sounds like a typical magical girl anime opening. Don’t let that fool you though, as the opening is quite a contrast to the show’s rather dark twists and turns. And if you watch it again after finishing the series, the opening gets much more meaning.

Even if Madoka Magica were your typical ‘mahou shoujo’ anime, we’d still rank the opening highly. The song ‘Connect’ is catchy and the visuals are striking and colorful, making for one memorable opening.

One Punch Man’s opening has a song (The Hero!!) and animation that hits hard and fast, much like your typical shounen anime but done insanely well. The best thing about it though is that it makes the protagonist Saitama look hella cool, in sharp contrast to his rather dopey look in the series.

Plus, we just can’t help screaming HERO!!! every time we hear the song!

SHAFT studio’s Monogatari series has multiple openings, each featuring the main heroine of a certain arc. While my personal favorite is still Staple Stable (fite me), the team still went with Renai Circulation, the opening for Nadeko Sengoku’s arc. Why you might ask? Well, that’s because it’s an insanely catchy song, and it spawned tons of memes!

If you haven’t watched the series, it’s a wonderfully weird show that’s full of snappy dialogue. The Renai Circulation opening gives viewers a bit of a taste of the show’s unique style, but don’t be fooled as the show is not as sweet as the opening makes it out to be.

6. The Tatami Galaxy – Maigoinu to Ame no Beat

Much like the Monogatari series, The Tatami Galaxy is another delightfully crazy series with a distinct style and rapid-fire dialogue (I’m not kidding). Though unlike Monogatari, the show has only one opening song, and it’s unlike any opening you’ve ever seen.

The opening mixes the show’s unique art style with some real-world video, specifically of a seemingly endless tatami dorm room. It might seem nonsensical at first, but once you finish the show, the opening will mean so much more.

Set in the Prohibition era of the United States (that’s in the 1920s), Baccano! is one of the most interesting animes of the 2000s. Its opening credits sequence fully captures the series’ tone and setting, plus it highlights the show’s dizzying cast of characters.

The song Gun’s & Roses (not the famous rock band) is also an excellent choice for a Prohibition era anime. It’s not your typical J-Pop or J-Rock song, as it’s a full on Jazz instrumental that’s straight out of the 1920s.

Fullmetal Alchemist: Brotherhood is no doubt one of the best shounen anime series ever (it is the #1 anime on My Anime List). It has it all: action, comedy, drama, and of course, amazing openings. While all five of the series’ opening credits are great, the best (for us at least) is the first one which used the song ‘Again’ by Yui.

Why the first opening? Well, the song is arguably the most memorable, and its the best among the five openings when it comes to setting the tone of the series. It also showcases a bit of the characters personalities throughout, plus the animation is top-notch.

If you ask any anime fan about their favorite series, a lot of them would probably mention Gurren Lagann, and with good reason. The series is an over-the-top mecha anime featuring lots of awesome robot fights and a loveable cast of characters. To top it all off, Gurren Lagann has one of the most exciting anime openings ever.

Sure, it may not be as unique animation-wise as some of the entries in this list, but it more than makes up for it in sheer fun-factor. The song ‘Sorairo Days’ never fails to pump up anyone’s mood (it’s even featured in other anime as well), and the opening also showcases the anime’s colorful art style. Finally, the opening nails the theme of the series, which is to never give up and to always believe in yourself!

Yuri!!! on Ice may seem like a yaoi-bait series, but that’s doing a massive disservice to this awesome anime. Yuri!!! on Ice is a love-letter to figure skating that anyone can enjoy, even for people who aren’t interested in the sport.

The opening of the Yuri!!! on Ice is one of most visually stunning of any anime, as it features beautiful sequences showcasing the characters’ figure skating routines; the shots are seemingly ripped straight out of professional figure skating competitions. Complementing this is the pretty pops of color, along with the song ‘History Maker’ which is an absolute earworm.

Leave it to Cowboy Bebop director Shinichiro Watanabe to craft the best modern anime opening with Samurai Champloo, the genre-bending series that combines an Edo period Japan setting with hip hop beats. The show’s opening is effortlessly cool and perfectly captures what the anime is about.

The opening does it all; it highlights the personalities of the main characters, showcases the themes and setting of the series, and has a sublime song in Battlecry (by the late Nujabes). You can’t ask for a better anime opening than this!

And there you have it, our best modern anime openings. Is your favorite anime opening missing in our list? Let us know in the comments if you agree or disagree with our list!