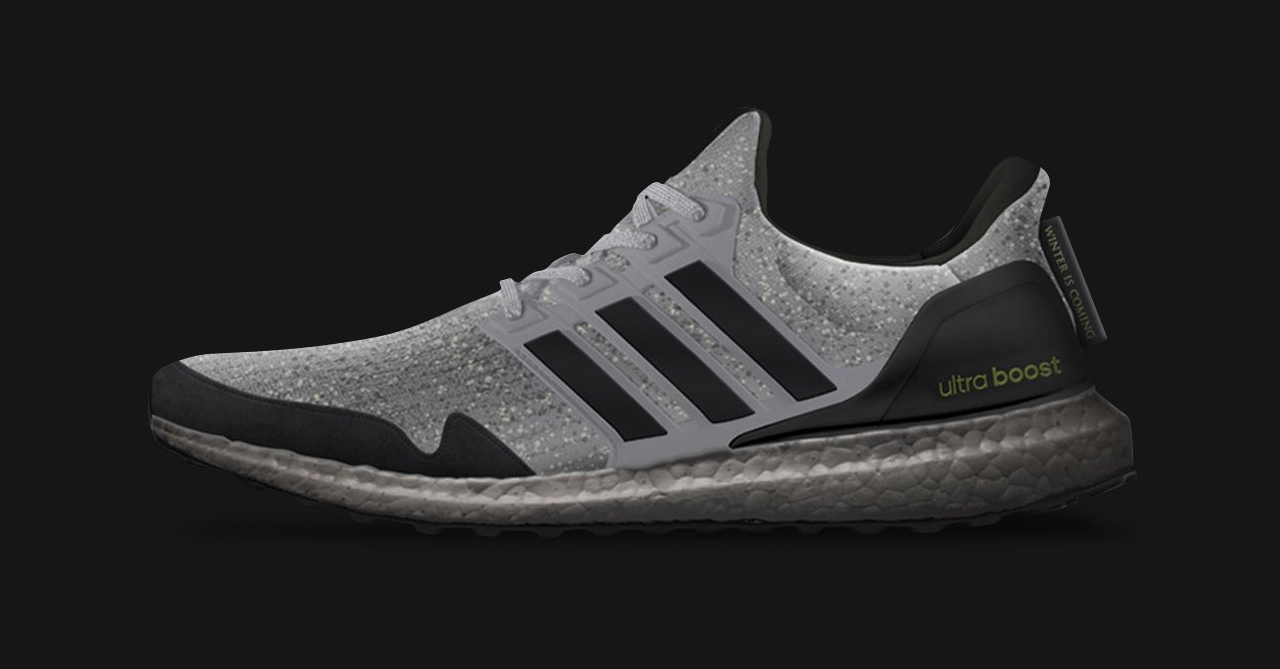 Adidas took us geeks by surprise with their ZX 500 RM “Son Goku” drop. It’s a FRESH looking sneaker that satisfied both the geek and the hypebeast in us (well the hypebeast in me at least).

Rumor has it though that the Son Goku ZX 500 isn’t the only “geeky” sneaker collab from the German brand. YEEZY MAFIA recently leaked an image of the supposedly upcoming Adidas x Game of Thrones UltraBoost collab!

The rumored UltraBoost collab line will potentially be released in 2019, which coincides with the eight and final season of Game of Thrones. The first pair from the rumored collection is the Stark colorway (named after House Stark of course), and it’s a mix of grey and black with specks of white to represent the snowy Stark ancestral home of Winterfell. It also comes complete with a heel tag that reads “Winter is Coming.”

While it’s still just a rumor as of now, I dearly hope that Adidas will release a GOT collab. And if Adidas x GOT is confirmed, I’m hoping there will be other colorways for the other major houses of Westeros.