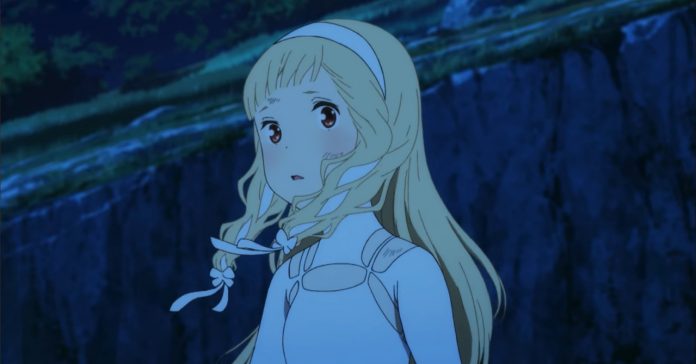 [UPDATE: Maquia’s PH release has been moved to September 19]

Around two weeks ago, it was revealed that the critically acclaimed anime film Maquia: When the Promised Flower Blooms is coming to the Philippines soon. While we were very much excited for the movie (given that it currently has a 100% rating on Rotten Tomatoes), we didn’t expect the movie to come out next week!

Pioneer Films has announced at the recently concluded Best of Anime convention last weekend that Maquia is premiering in PH cinemas next week on September 5, 2018! 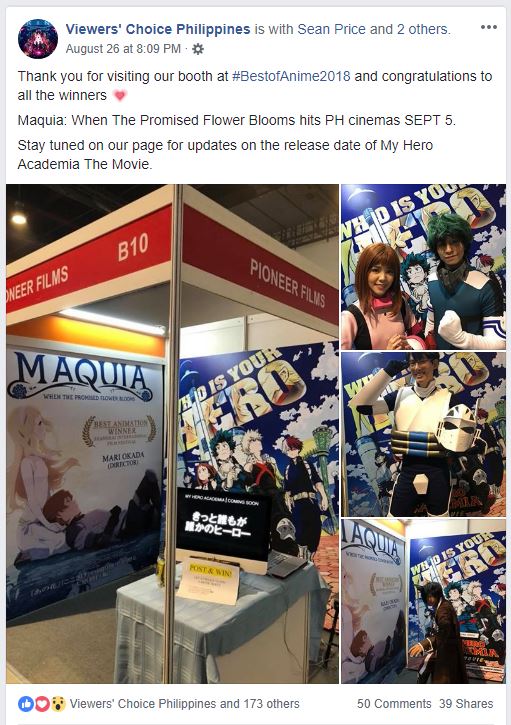 In case the 100% rating on Rotten Tomatoes isn’t enough to persuade you, Maquia is the directorial debut of Mari Okada, the writer of popular anime series such as AnoHana, Toradora!, and Black Butler. Maquia is produced by anime studio P.A. Works, well known for creating renowned animes such as Angel Beats! and Shirobako.

The movie follows  Maquia, a 15-year old girl of the Iorph people — a tribe who age much more slowly than men. Maquia then meets the orphaned baby named Ariel whom she takes on as her own. What follows is a moving story of heartbreak and motherhood.

For information on the list of cinemas that will screen Maquia next week, check and follow the Viewer’s Choice Philippines Facebook Page. The page has updates on the upcoming releases from Pioneer Films, including the upcoming PH release of My Hero Academia: Two Heroes.

- Advertisement -
Previous article
Hello there, sexy! Unboxing, Hands-On and Initial Impression of the OPPO F9!
Next article
Playtime’s Over Folks | High Performance ASUSPRO P5440UF is your next workplace partner