Ready your weapons folks, the event is only until August 30! 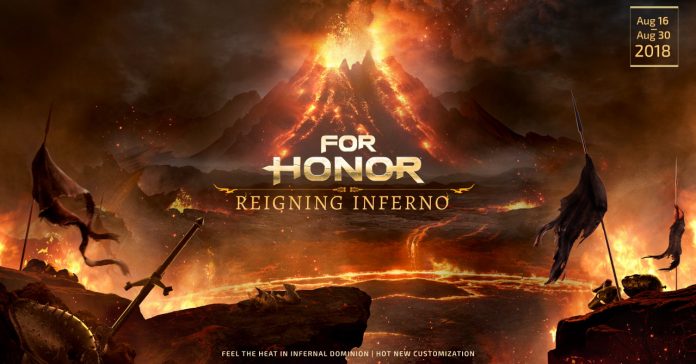 For Honor Season VII: Storm and Fury is now live, and it brings with it the awesome new in-game event aptly named “Reigning Inferno.” The event features an exclusive new game mode, new in-game items, and many more!

In Reigning Inferno, the game’s battlefield has been changed by the fury of Mt. Ignis, rendering the landscape into a blazing inferno. The event’s exclusive game mode, Infernal Dominion, makes great use of this new environment. In this game mode, a ring of fire ignites when a zone is contested, forcing players to either fight in close-quarters or take massive burn damage.

For Honor “Reigning Inferno” is live now until August 30 for PC, PS4, and Xbox One. The game is also available for free on Xbox One until September 15 with Games with Gold.