From AC Odyssey details to Anno 1800, here’s every Ubisoft reveal at Gamescom 2018

Ubisoft had one hell of a lineup! 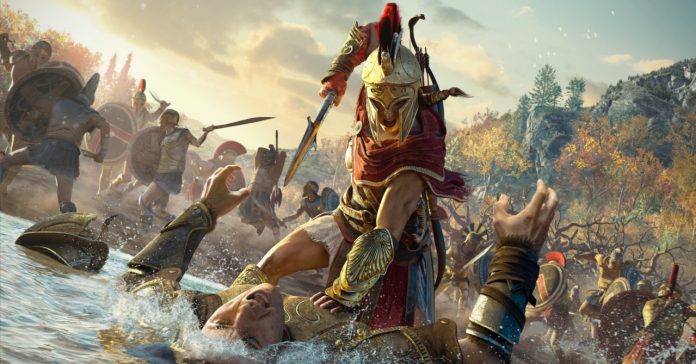 Gamescom 2018 in Cologne, Germany is in full swing, and Ubisoft just dropped some bombshell announcements for its roster of upcoming titles. Ubisoft revealed the latest title in the ANNO series, gave more exciting details for Assassin’s Creed Odyssey, and announced the released dates of its other titles.

In case you missed it, here’s a handy list of Ubisoft’s major reveals at Gamescom:

The Ubisoft game that we’re most excited for is Assassin’s Creed Odyssey, mostly thanks to its awesome Ancient Greek setting. During Gamescom 2018, Ubisoft showcased more of the game world and the story. Players will take control of either Alexios or Kassandra, as they fight in the midst of the Peloponnesian War between Sparta and Athens.

Odyssey will not only feature exciting battles against warriors and mercenaries, it will also have Legendary Creatures of Greek Mythology such as the Nemean Lion, the Lykaon Wolf, and even Medusa herself.

Assassin’s Creed Odyssey will release worldwide this October 5, 2018 on the Xbox One, PS4, and Windows PC.

Among Ubisoft’s big announcements at Gamescom 2018 is the release date of Anno 1800, the seventh installment in the city-building RTS Anno series. The game will be released on February 26 next year, and will let players build an empire in the 19th century Industrial Age.

Anno 1800 combines features from the past Anno titles, all while introducing new mechanics such as Expeditions. In Expeditions, player will be able to send crews of specialists across the globe, and even settle South America.

Anno 1800 will be released on Windows PC this February 26, 2019. The game will also have a Digital Deluxe Edition which contains DLCs, an artbook, and more.

The Division 2 is one of the most hyped games of next year, and Ubisoft announced that the game is now available for pre-order! Players who pre-order any edition will gain access to the Private Beta, as well as the Capitol Defender Pack which incldues two in-game items: an exotic SPAS-12 Shotgun named “The Lullaby,” and the Hazmat 2.0 Outfit.

Tom Clancy’s The Division 2 will be released on March 15, 2019 for the PS4, Xbox One, and Windows PC. You can pre-order the game now here.

Another game that got a confirmed release date is Trial Rising, the latest installment in Ubisoft’s Trials motorcycle platform series. The game will be released worldwide on February 12, 2019 for the PS4, Xbox One, and Windows PC.

Trials Rising features over a hundred tracks set in various locations all over the world. The game will also have various levels of difficulty, as well as exciting multiplayer features.

Finally, Ubisoft revealed the launch date for “Gator Rush,” the first major update for The Crew 2. The update will feature Hovercrafts in the new tracks based on America’s southern bayous. Gator Rush will also include Ace Mode, a new difficulty level for the game.

Gator Rush will be available for The Crew 2 on September 26 for the PS4, Xbox One, and Windows PC. The update is free for every player with a copy of the base game!