The gaming smartphone to beat in the midrange! 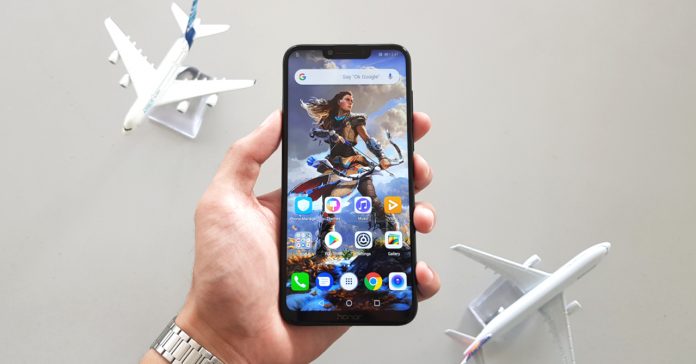 I recently got my hands on the Honor Play, and my first impression of the phone is that that its one of the best choices in the midrange for users who are heavy mobile gamers. Its great gaming performance is thanks in part to its flagship-grade Kirin 970 processor (the same SoC used in the Huawei P20/P20 Pro), along with the nifty new GPU Turbo feature.

I was quite impressed with my initial testing; and after spending time with the phone, my thoughts on the Honor Play are still very much positive! 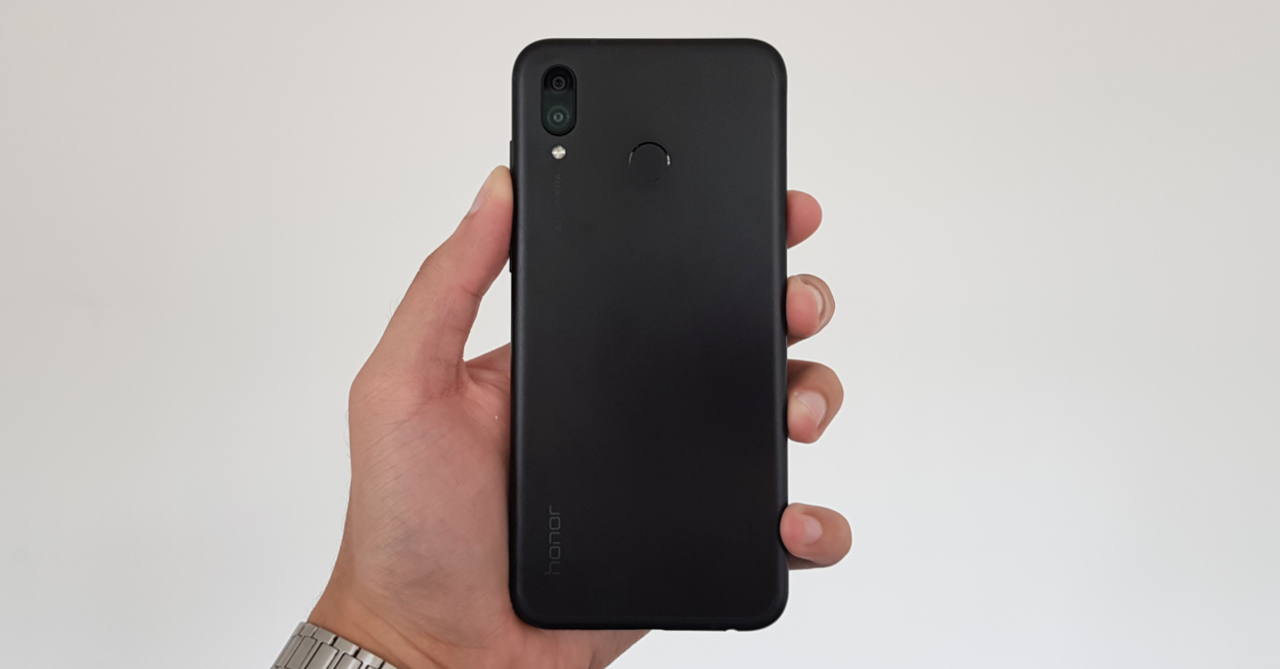 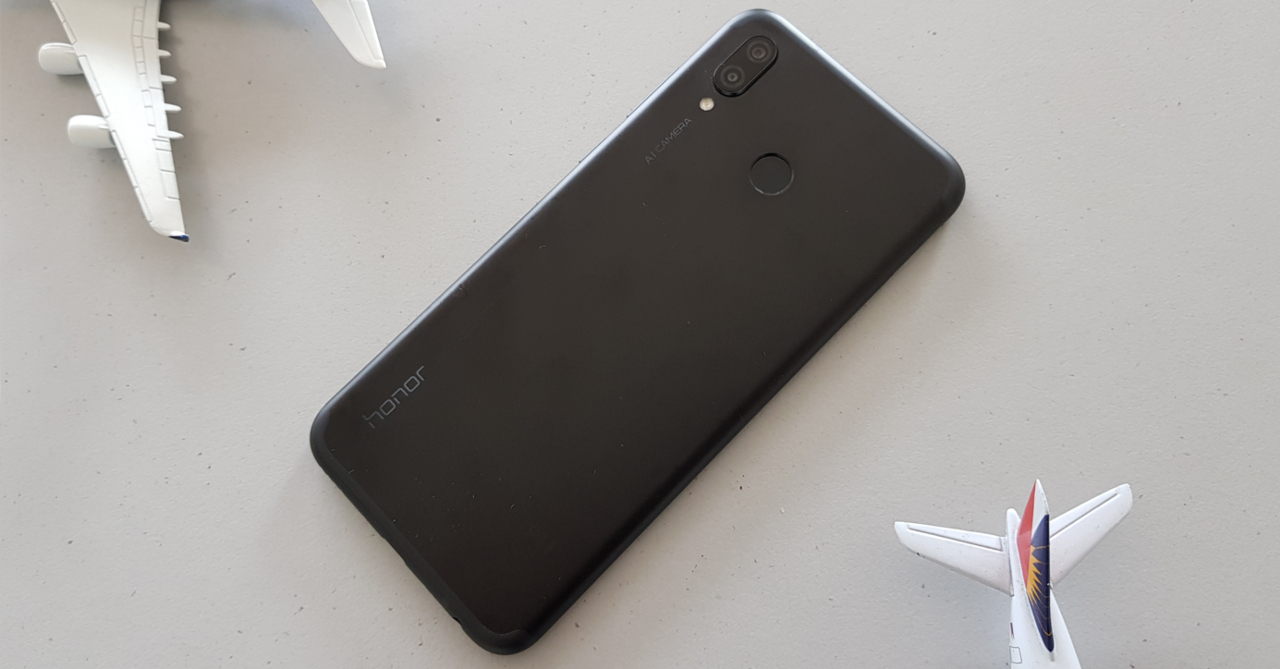 In the looks department, the Honor Play looks a bit plain with its matte black finish. Personally, I like how it looks as I’m a fan of more understated phone designs; but for users who want to stand out, the Honor Play’s design might leave a lot to be desired. 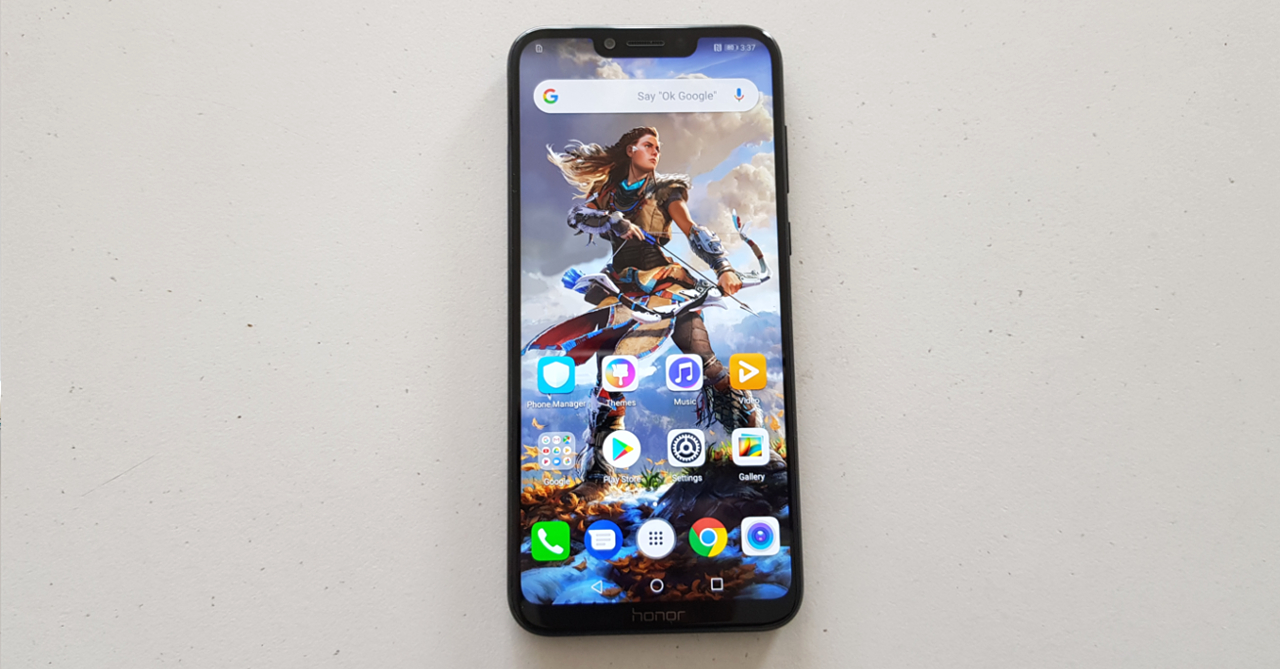 From the front the Honor Play looks very much like the Huawei Nova 3i, given that the Honor Play also sports a 6.3-inch display with a 19.5:9 aspect ratio, notch and all. Not surprising, given that Honor is a sub-brand of Huawei. We could do away with the Honor logo at the chin though. 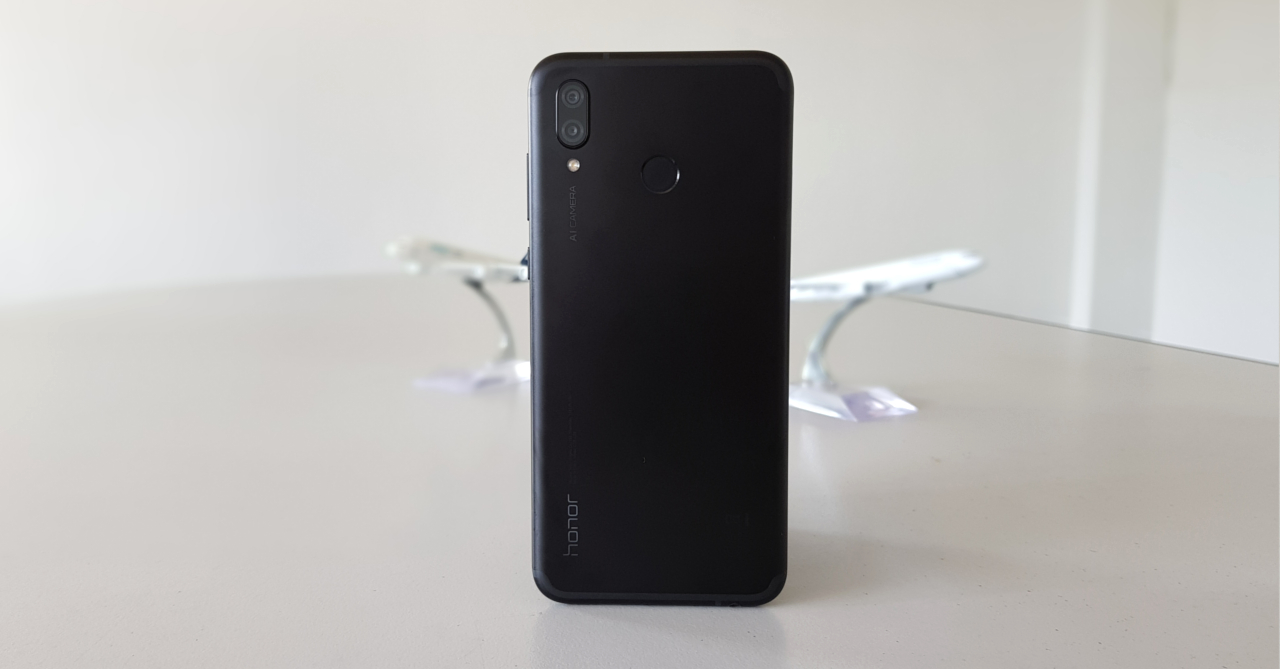 While it probably won’t catch anyone’s attention, the Honor Play is still a fairly good-looking and sensibly designed phone. The Fingerprint Scanner is in the perfect spot, and the Matte finish helps the phone feel grippy even without a case; helpful for long mobile gaming sessions.

As I’ve mentioned earlier, the Honor Play has a 6.3-inch display similar to the Huawei Nova 3i. And as with the 3i, you can turn the notch off if you’re not a fan of the design choice. The Notch off feature is a staple in EMUI powered devices (basically Honor and Huawei phones), and should definitely be a standard in all “notched” Android phones. 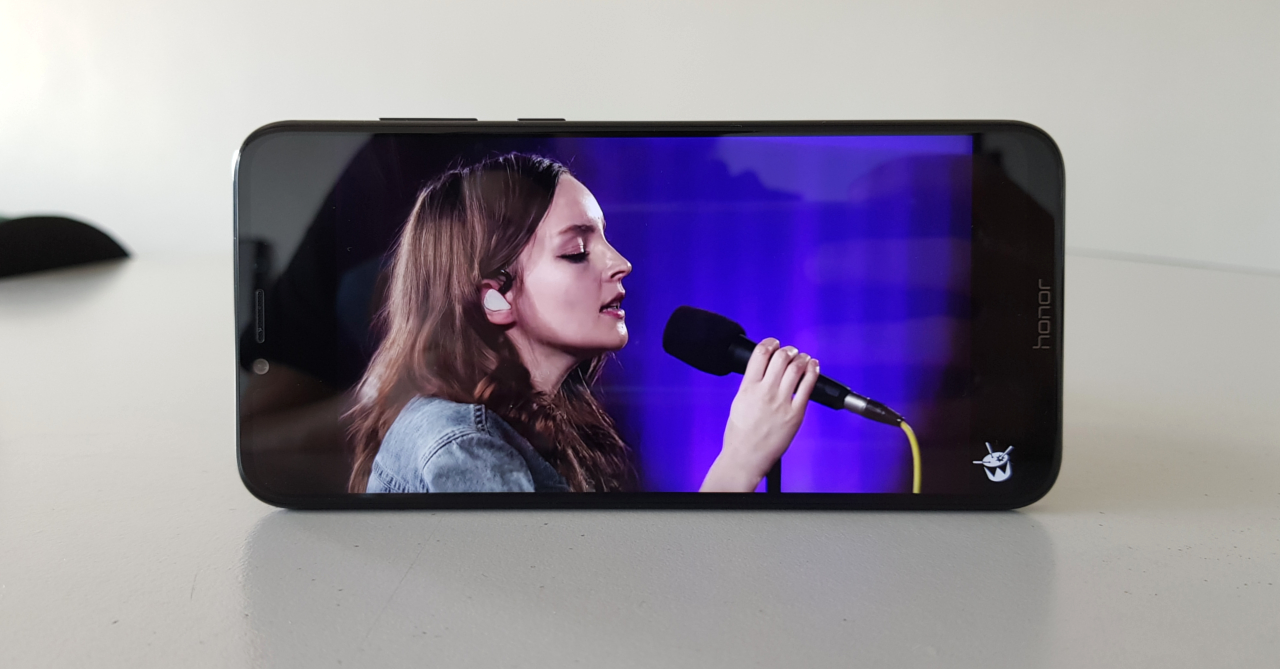 In actual use (aka binge watching), the Honor Play’s display should be great for most users. I was satisfied with the display’s performance as it produces good colors and sharpness, and it did well in my YouTube-viewing sessions. The only knock on the phone’s display is that it doesn’t get as bright as other phones in the midrange, but it should get bright enough for all but the sunniest of days.

As the Honor Play has the word ‘Play’ in its name, I had very high expectations for the phone, and it delivered! The phone was able to handle every game that I threw at it such as PUBG Mobile, Mobile Legends, FFXV Pocket Edition, Asphalt 9, and more. It even ran all of them with playable framerates at max settings. 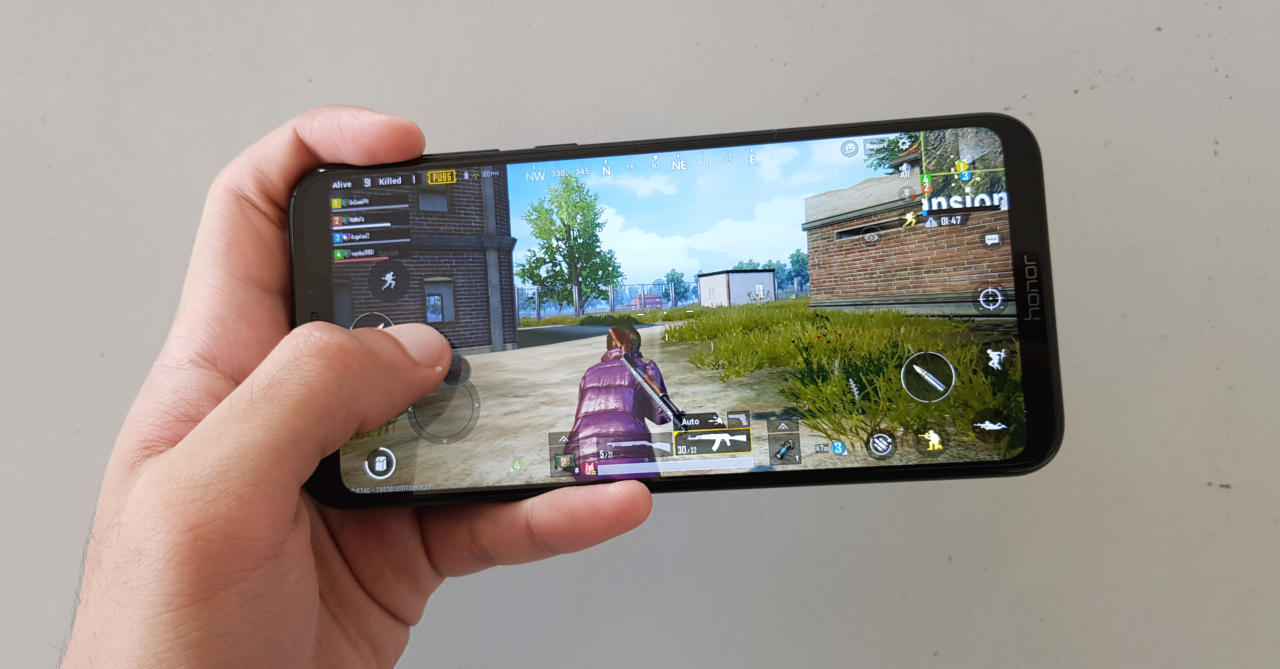 The Honor Play’s gaming performance is quite superb, thanks to its powerful Kirin 970 processor and the GPU Turbo feature. GPU Turbo optimizes the phone’s GPU for increased gaming performance. It’s not like other supposed mobile “game modes” though, as our friends over at Unbox found out that GPU Turbo actually works for a number of games.

The only real drawback that users might experience is that the phone gets warm with longer gaming sessions. Thankfully, the phone’s performance won’t be throttled by the heat; get ready for sweaty palms in marathon gaming sessions, though. 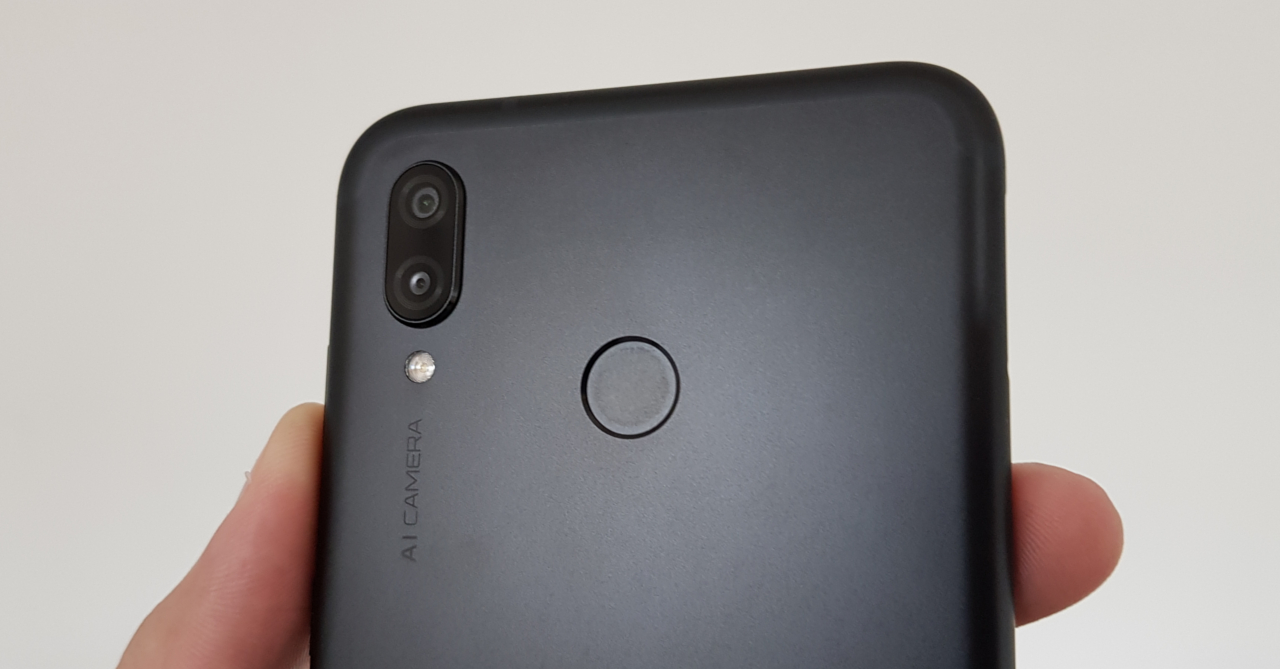 Let’s get one thing straight, you didn’t buy the Honor Play for photography. As the name implies, the phone is primarily geared towards those who want to play their mobile games for hours on end. Thus, for its pricepoint, something has to give — and that part is sadly in photography.

The Honor Play houses three (3) Ai cameras: a 16MP + 2MP rear camera and a 16MP front-facing camera. These camera sensors are equipped with AI-supported sensors so it can automatically calibrate and adjust the settings to optimize your image. Of course, you’ll have to enable the AI mode if you want the added assist or not — something that I truly appreciate with this phone. The flexibility of turning the AI-assist on and off gives this phone added marks but the overall quality leaves much to be desired especially in low-light. While the phone performs suitably well with ample light (most mid-range phones do anyway, nowadays), you’ll see the performance dips once you take your phone indoors or at night.

And while the AI-assist helps in those cases, Honor produces are super saturated version of your image. Sure it adds a TON of vibrancy, but sometimes it feels oddly artificial. Check some samples below:

Sure there are times when AI feels appropriate (i.e. the bridge image above) hence I appreciate Honor Play’s ability of turning the AI on or off depending on the situation. Still, with 16MP on both front and back, it should be enough to capture everyday moments adequately.

Since the Honor Play performed amazingly when gaming, it’s no surprise that it’s also an excellent phone for day-to-day use. Whatever app you use, the Honor Play is snappy and quick to load. It didn’t get bogged down at all in my time using it, even with a lot of apps open. 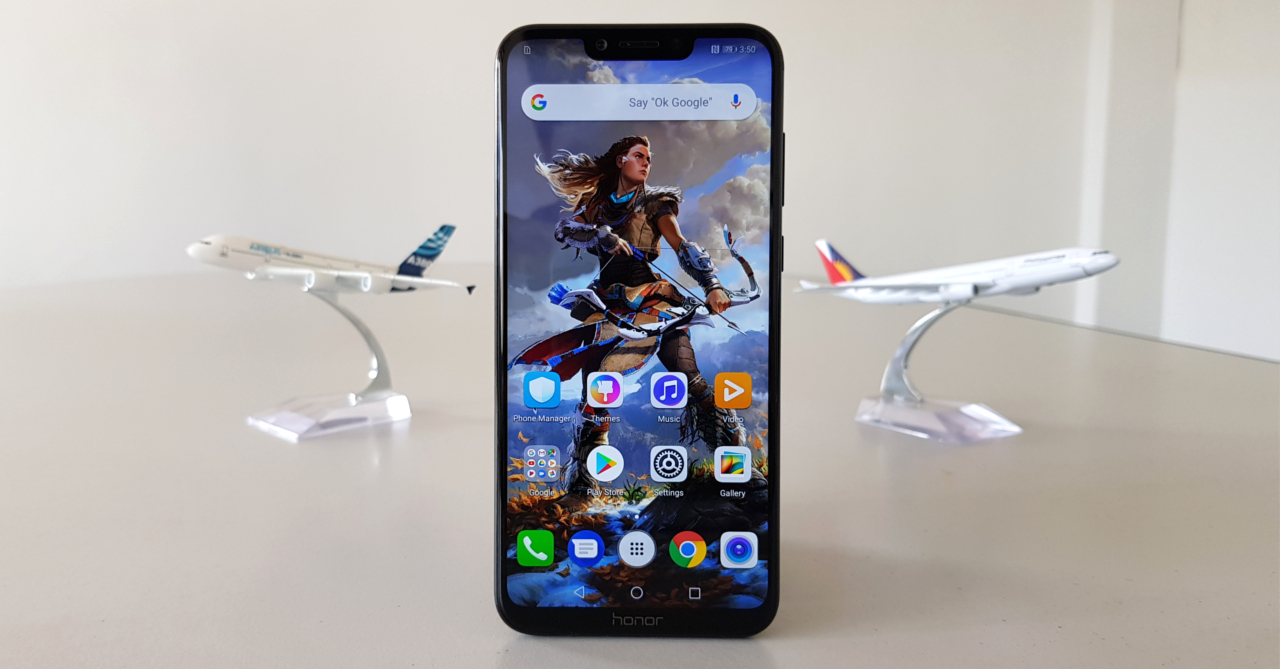 While it may not have a large 128 GB of internal storage (only 64 GB on the Play), the phone should still fit most, if not all of your gaming library. If you need more storage, the Honor Play does have a microSD card slot that supports up to 256 GB of storage; you have to use the SIM 2 slot to use a memory card though.

A noteworthy feature of the Honor Play is its USB Type-C port at the bottom, which makes it one of the few in the midrange to sport one. Type-C isn’t just for show though, as it enables quick charging of the Play with Power Delivery compatible chargers/power banks. Not that you’d really need to charge often though, as the phone is suitable for a day of use, with some gaming in between thanks to its 3750mAh battery. 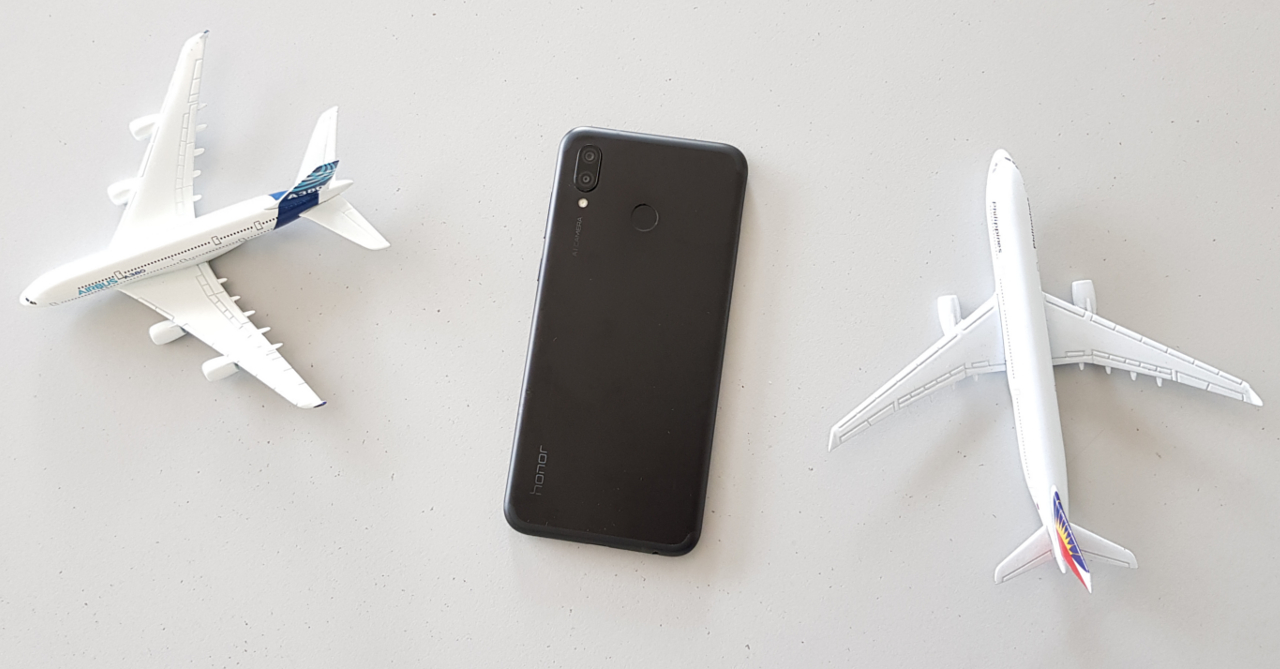 Overall, the Honor Play is an excellent midrange phone. It might just be the best performer in its class, thanks to it Kirin 970 processor and GPU Turbo technology. Its display and design is also rather impressive as well, plus it has a USB Type-C port!

Its cameras can be improved though, as low light performance is lacking a bit. The phone also gets a bit warm in longer gaming sessions. But these are far from dealbreakers, as you need to get a flagship phone to get great low light camera performance anyway; plus the phone does not get hot enough to throttle performance.

To end, if you value gaming performance above all else, the Honor Play is a no-brainer purchase!

The Honor Play let's you game for hours on end thanks to its Kirin 970 processor and GPU Turbo technology. Its display is and design is not to shabby either. Though don't expect much on its camera, though, but then again that's not the main reason you should get the Honor Play. Geek Lifestyle Review: Honor Play