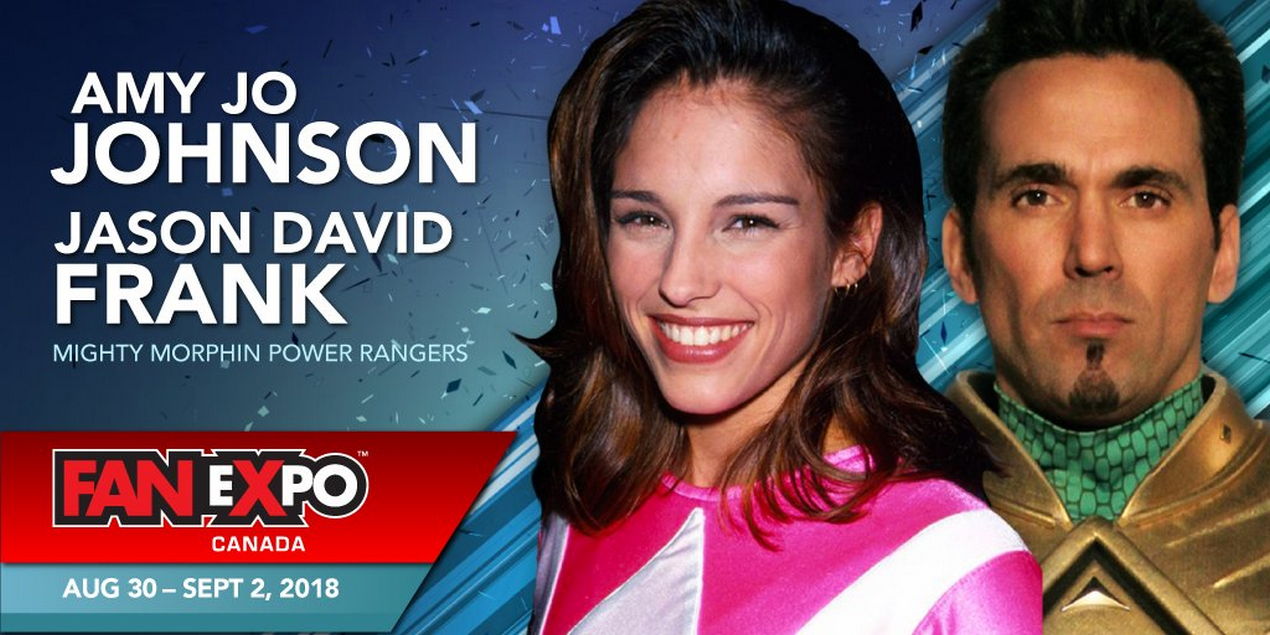 Expect a busy weekend for pop culture fans in Toronto! Fan Expo 2018 will be overrun with panels, signings, and meet greets with our favorite pop culture icons; including Amy Jo Johnson and Jason David Frank, the original Pink Ranger and White Ranger!

Plan your visit and catch these stars at these times:

With all of these stars and artist gathering in one event, there’s no reason to miss out on Fan Expo Canada 2018 if you’re anywhere near Toronto. The event is happening now until September 2, 2018.