Team Ruby out for the kill (and the charity money) at the Globe Conquerors Manila’s Celebrity Showmatch 3! 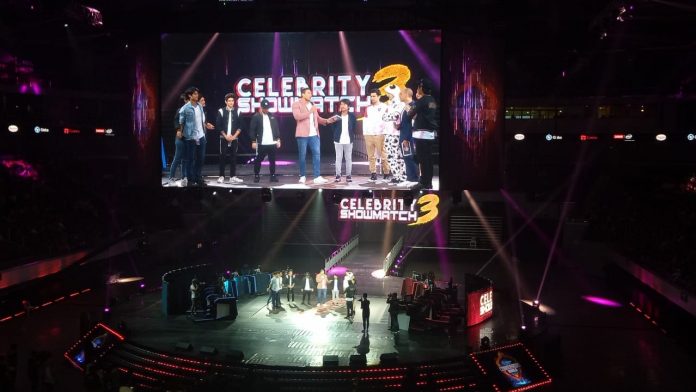 As action heats up with the Semi-finals here at Globe Conquerors Manila 2018, one of the highlights of this event is the Celebrity show-match between Team Sapphire and Team Ruby.  Showbiz stars and streamers fights it off with Team Ruby we have Sinio, Ashley Gosiengfiao, Empoy, Cowsep and Christian Bautista while the Team Sapphire is compose of Mikael Daez, Megan Young, Shehyee, Jack Reid and the President’s son, Baste Duterte.

To heat up the mood before the showmatch begins, a friendly Fliptop battle between Sinio and Shehyee took center stage! Spew some lines and drop some beats as even before the actual match begins, friendly rivalry are being cultivated for what’s about to come. 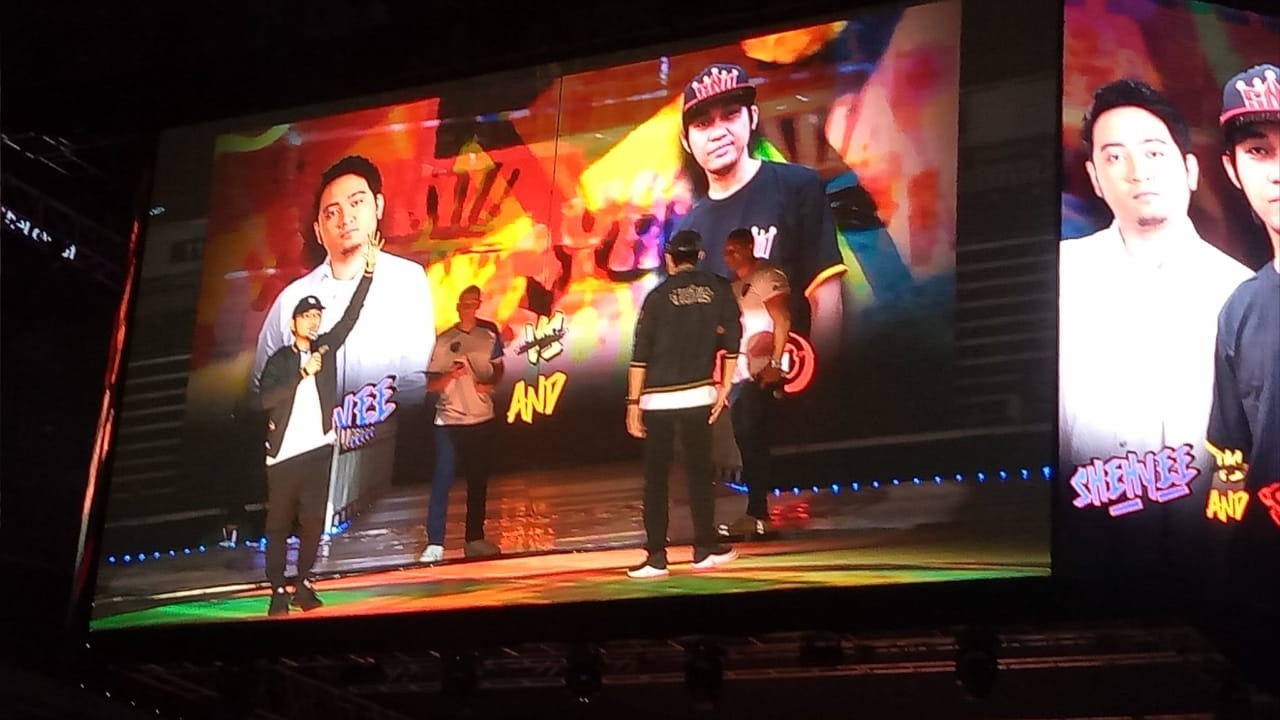 With picks and bans has been determined it is no surprise for the crowd to lose themselves as Cowsep lock-in his favorite champ, Master Yi. 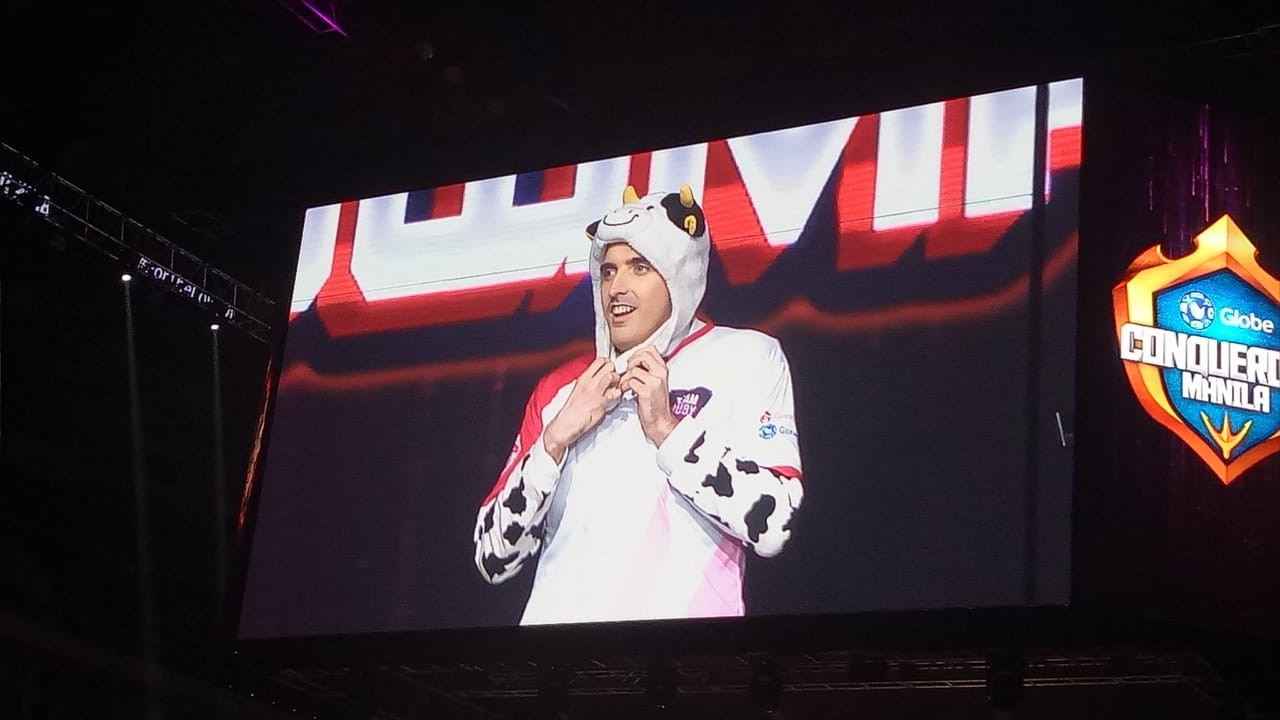 The crowd goes wild as teams would clash and play surprisingly (and refreshingly) wonderfully! You can tell that some of them play regularly (we know Jack Reid does so, as well as Christian Bautista especially since he self-identifies himself as a gamer, albeit casual). There are of course first-timers, like Empoy of Team Ruby, who occasionally gave the President’s Son, Baste Duterte, the kill. But hey, all in good fun because each objective both team nets adds to the pledged pot money that would eventually be turned over to  Hineleban Foundation.

There were fantastic plays from both camps and some of our favorites were when Team Ruby decided to go for a team fight during the latter stages of the game when Team Sapphire turned the fight around only to be thwarted by an overpowered Cowsep. The dude, is a beast — even without the cow onesie. 😀 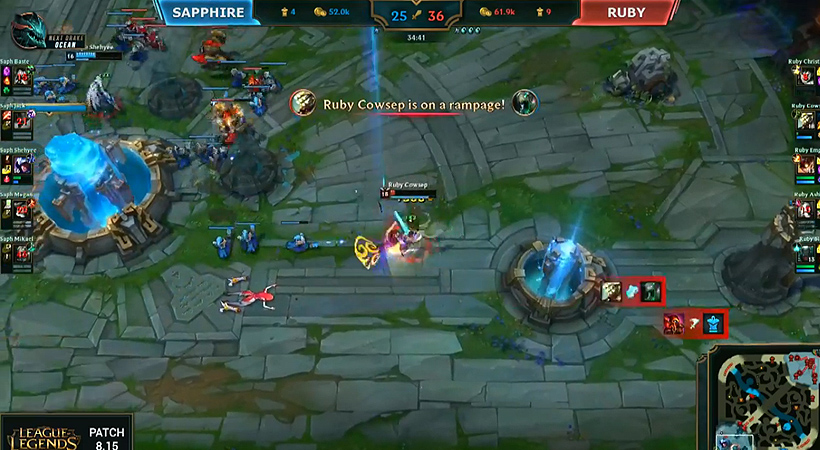 In the end, Team Ruby takes the prize but everyone wins as both camp helped raised Php 134,000 for the foundation! It was a treat to watch the Celebrity Showmatch 3 this year as these hodgepodge team of personalities really gelled in combat. In a way, it’s fun to watch them be just us…gamers who just loves to game.

There are more things happening tomorrow for the Globe Conquerors Manila so do stay tuned for that!

- Advertisement -
Previous article
Got money? Well then PSX 2018 is out to take ALL of it with merch and games that will make you drool
Next article
Anime-inspired series Star Wars: Resistance gets a new trailer!