The Cycle is Broken | OG wins The International 2018! 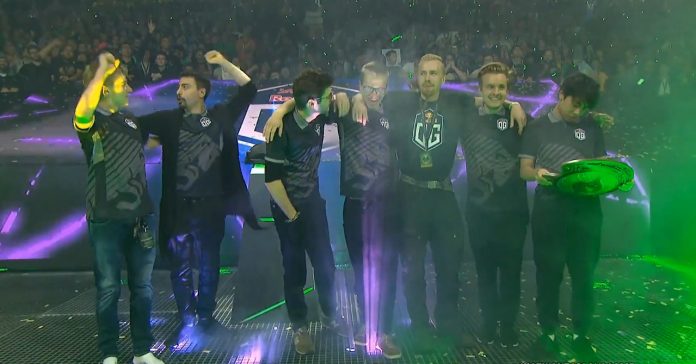 Ever since the first Dota 2 International way back in 2011, the winners have cycled between a Western team and a Chinese team, with Western teams winning on odd-numbered years and Chinese squads taking home the Aegis in even years. If the cycle continued this year, then PSG.LGD should’ve won TI; but in a spectacular turn of events, underdog team OG won over the Chinese juggernauts 3-2 in a spectacular Grand Finals at TI8!

Watch some of the Grand Final highlights here (video compiled by NoobFromUA):

OG’s victory over LGD was one of the best series in pro Dota this year, both in terms of excitement and the games themselves. Their series is only the second Finals in TI history to go the full five games (the last Finals to go the distance was Alliance vs. Na’Vi back in TI3.) It was even scary for OG at some points, as the team faced elimination in Game 4 as they were down 1-2; they managed to eke out a win after more than an hour into Game 4, and they rolled over their momentum to take Game 5 and the Aegis of Champions along with it!

The team’s TI journey is also one of the best storylines in Dota history. OG looked in dire straits after players Fly and s4 left the team to join the Evil Geniuses squad heading into the China Supermajor last June, costing OG their spot in the tourney. OG then had to fight their way through the TI Qualifiers to secure their tickets to Vancouver.

At TI, most fans didn’t expect much from OG, given that the squad team Captain N0tail and the crew has scrounged up isn’t the most experienced bunch. Sure JerAx is still a proven player, but ana is fresh off a break from pro Dota, while former coach 7ckingMad just came out of retirement. Plus, mid player Topson is a fresh face that has never played in a big LAN tournament.

Against all odds, we stood united, fought until the very end and became your #TI8 Champions!

During the group stage, OG was barely able to get into the upper bracket, but the team shook the Dota world with their excellent performance in the Playoffs. OG first defeated VG.J Thunder 2-0, a team that was on a hot streak coming into the upper bracket matches. The team then won over EG 2-1 in an exciting and drama-filled series. Finally OG defeated Chinese powerhouse PSG.LGD 2-1 to secure their Finals spot.

You all know what happened next. OG defeated LGD in a series rematch to win the TI8 grand finals. Aside from being cemented in the annals of Dota history, OG players ana, Topson, 7ckngMad, JerAx, and N0Tail have won a cool USD 11,233,332 in prizes!

While TI8 may be over, there’s still a ton of reasons for Dota fans to be excited, especially with the announcement of two new heroes — Grimstroke and Mars!