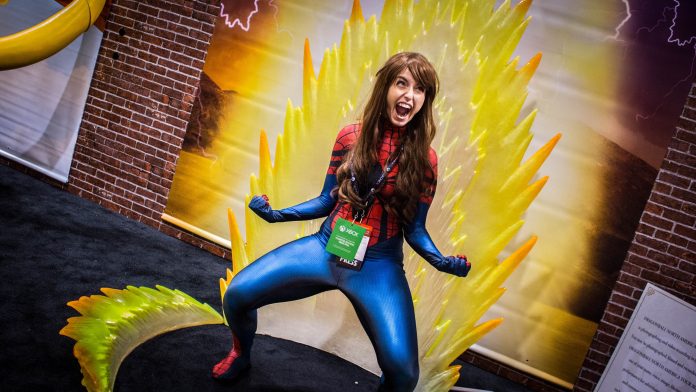 Toronto, Canada – One of our favorite things about cons and events are photo ops! Just like E3 2018, I went around Fan Expo looking for some interesting ‘Instagram moments’, and BOY was I not disappointed! This time around I was cosplaying Spider-Girl, so there may be some hilarious cross-overs happening here! You have been warned.

First and for most, if you haven’t seen our coverage on the Dragonball North American Tour booth, click here.

They had some HILARIOUS photo ops where I got to ride Nimbus, became a super saiyan, level up to over 9000, and wrapped all that hard work up with a well deserved Goku sized meal!

Some other really cool booths gave me the opportunity to hang out with Jabba the Hut in his palace. This was located in the Star Wars section and happened to be one of the most popular photo ops at the con. 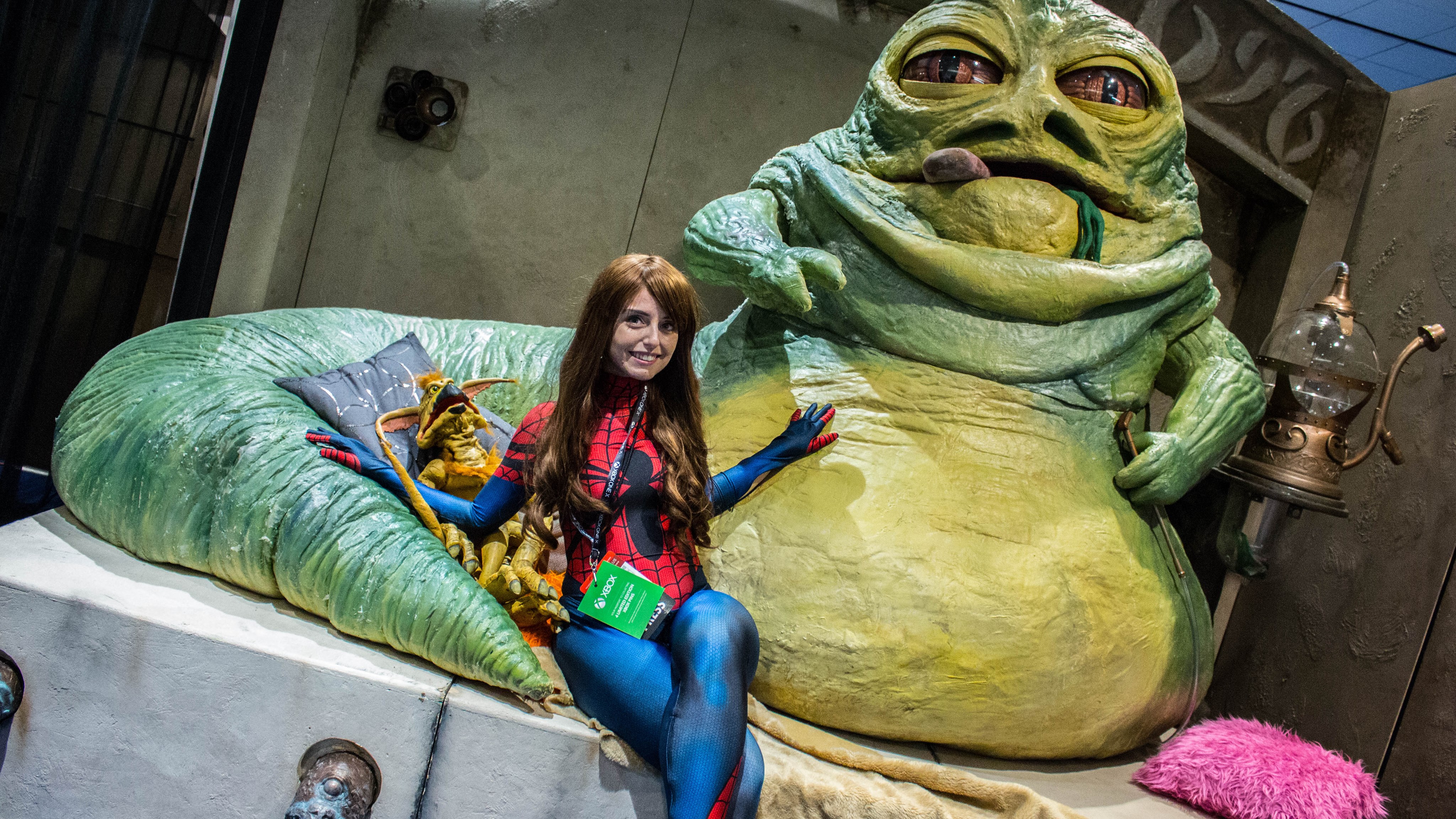 Another notable photo op was at the Space booth. For those who aren’t familiar, Space is a popular TV network in Canada that airs shows like Orphan Black and Star Trek Discovery, both of which were filmed in Toronto. To celebrate, they let Spider-Girl sit in the captain’s chair and gave her her very own crew! 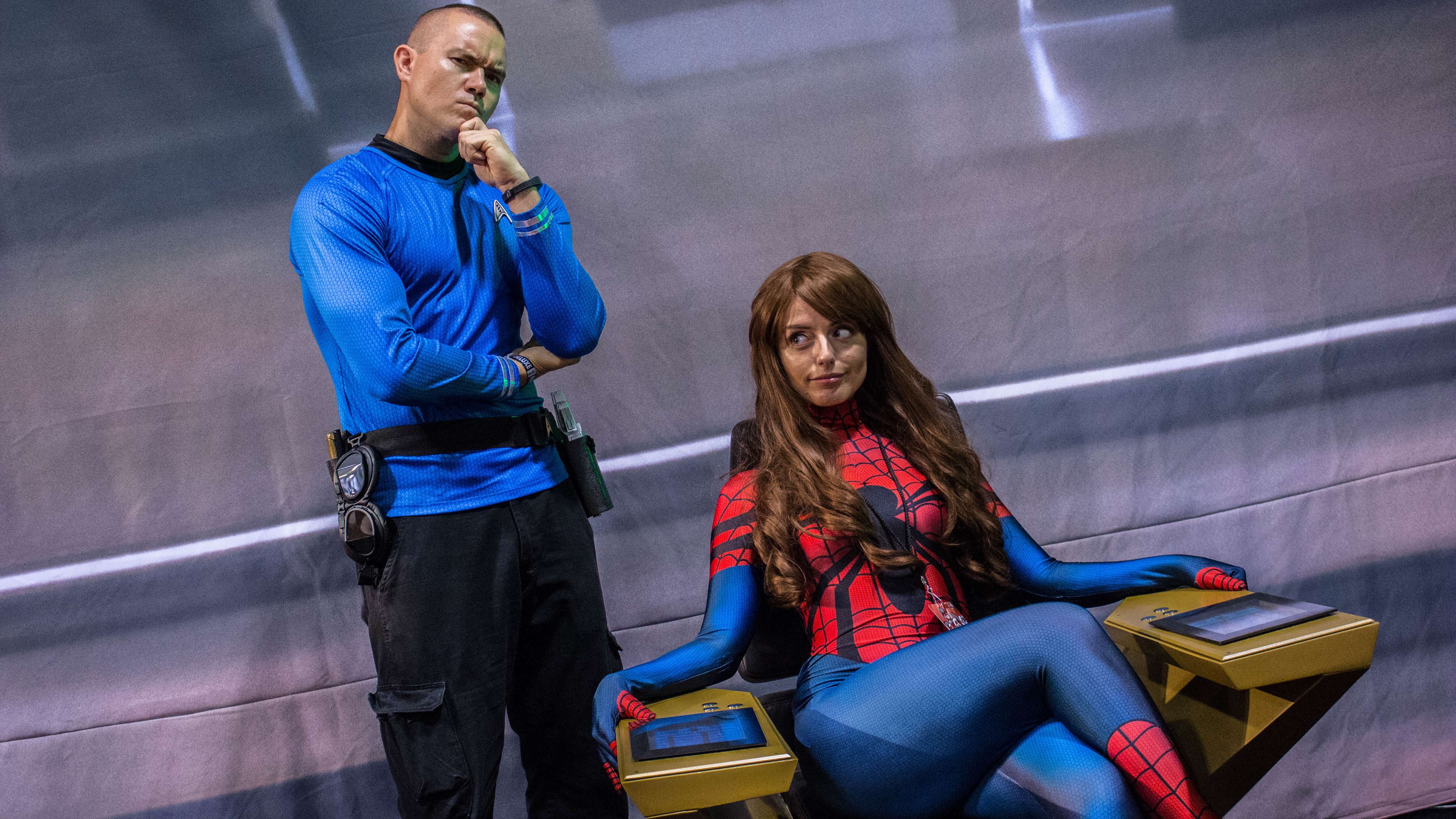 These photo ops were a lot of fun and made me feel like I was in that fandom even just for a moment. It seemed that fans and attendees really enjoyed them as well. Spider-girl certainly did!