It's basically the Fusion 500, but wireless. 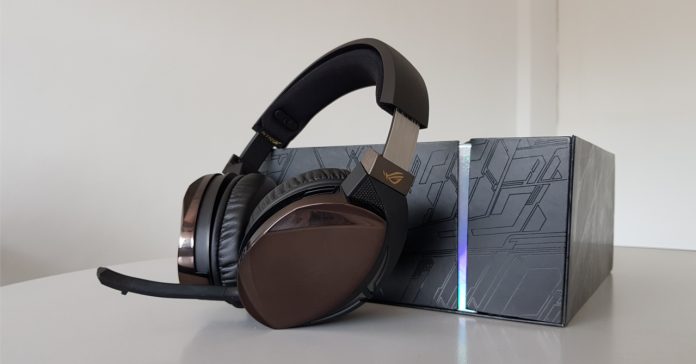 Back in January and in March, we reviewed ASUS’ ROG Strix Fusion 300 and Fusion 500 headsets respectively. While both are good headsets, we found that the Fusion 500 was the better pair overall, with its sound quality and overall performance being a step above the Fusion 300. 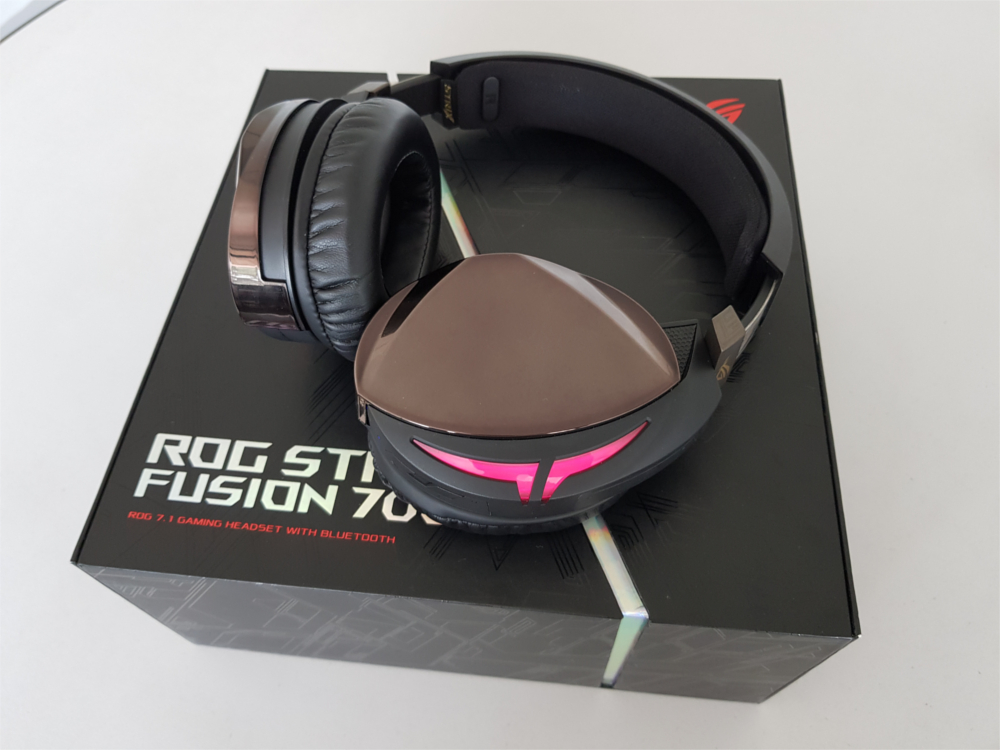 Recently, we got our hands on an ROG Strix Fusion 700, the top-of-the-line headset of the Strix Fusion series. While it looks nearly identical to the Fusion 500, it does have a unique feature — Bluetooth 4.2 support. This means that the Fusion 700 works wirelessly, and it even lets users answer phone calls on a synced mobile device, all without pausing his/her game on PC, PS4, or Switch.

Though does the Strix Fusion 700 pack in more features to make it a better option over the Fusion 500? We find out in our review!

If you’ve read our Fusion 500 review, you probably know that we’re big fans of its design. As the Fusion 700 looks practically the same as the 500, we can confidently say that it’s a great-looking pair of headphones. 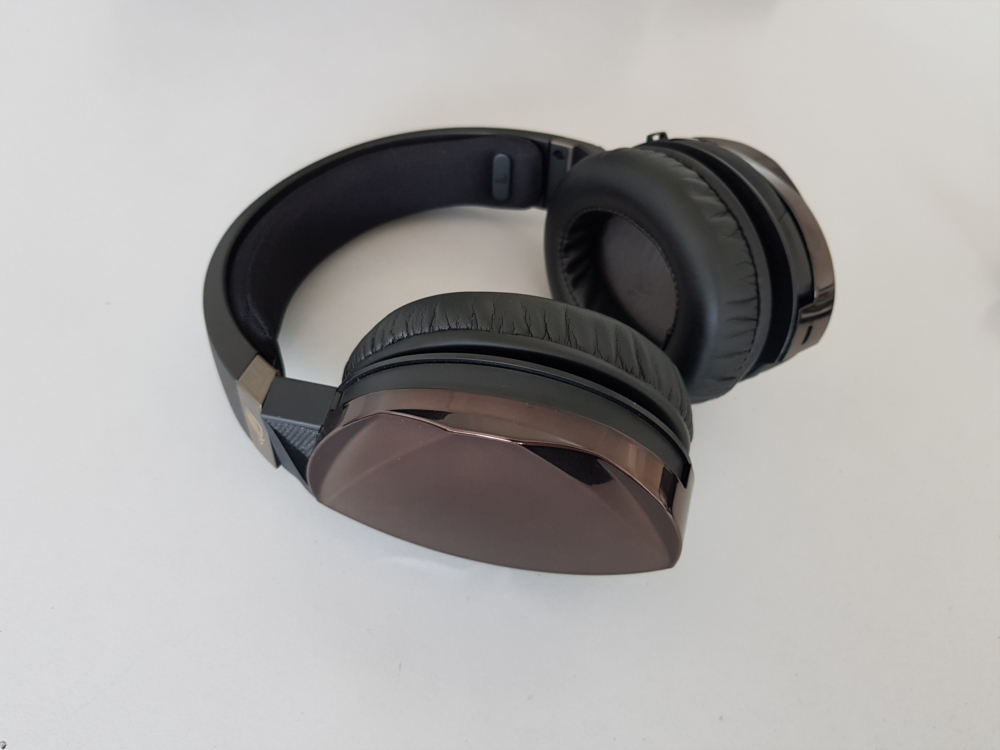 The Fusion 700’s design still screams GAMER, but it’s executed tastefully, thanks to the classy copper color of the earcup (whereas other headsets opt for louder colors). There’s also the strips of RGB at the sides of the earcups, which can be easily matched with your ASUS Notebook or desktop  thanks to Aura Sync. 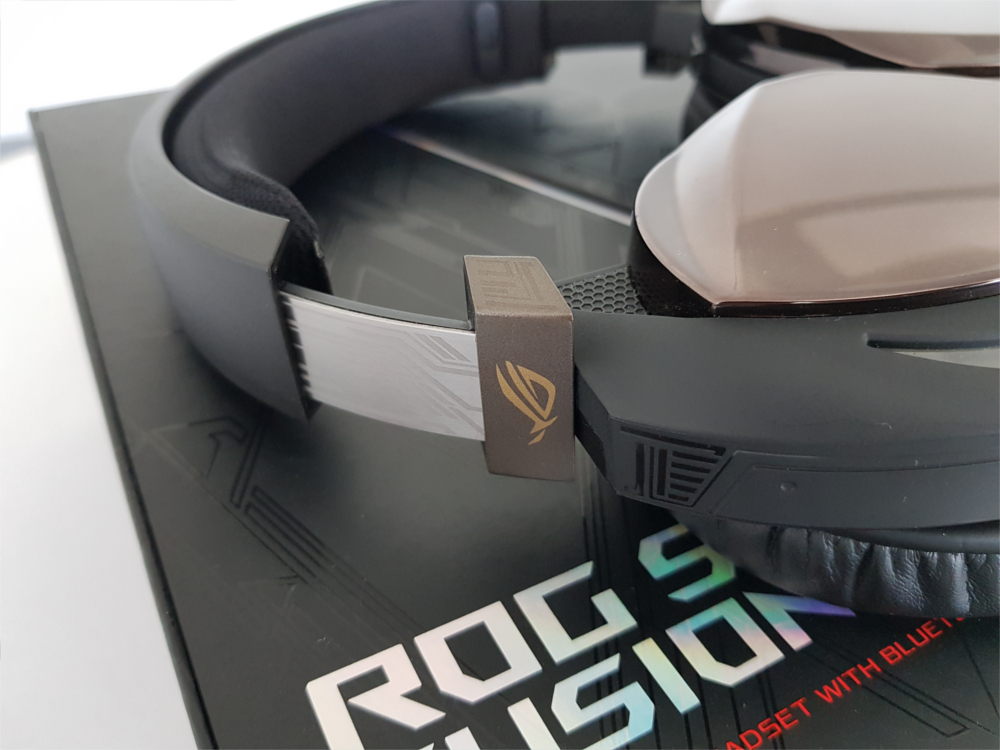 Our only real gripe with the design is the glossy finish of the earcups. While it looks great, it is a fingerprint magnet, especially as you’ll be touching it a lot because of the touch controls on the left side. 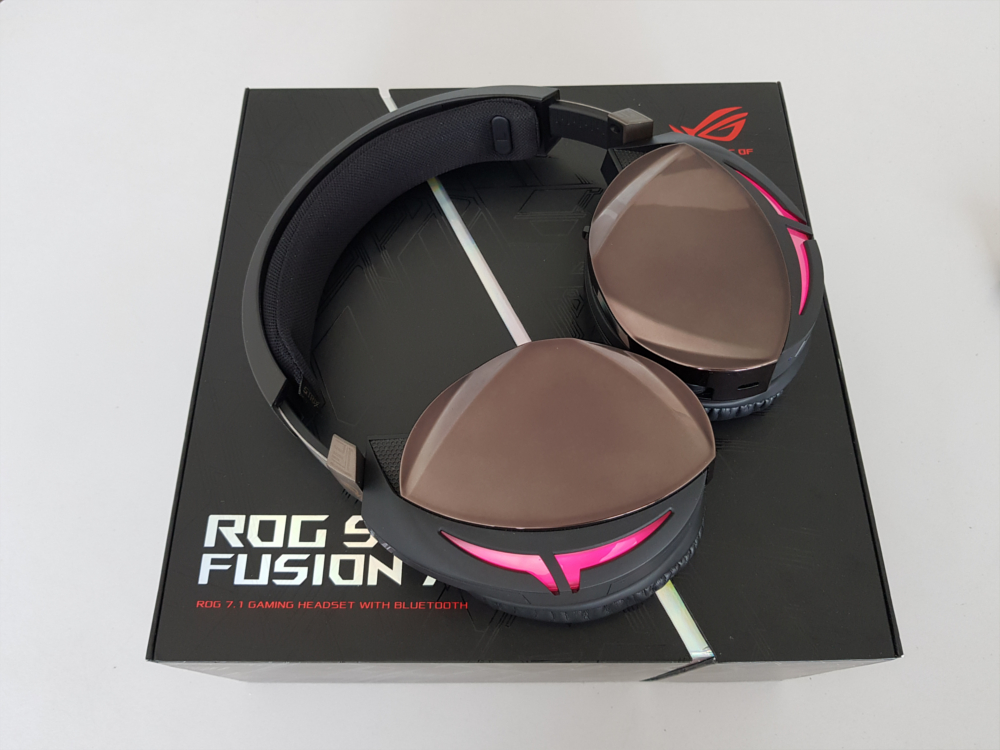 Looks aren’t the only thing shared by the Fusion 700 and the 500, there’s also gaming audio quality. Since the Fusion 700 has the same Hi-fi-grade ESS ES9018 DAC (and likely the same drivers) with the previous model, gaming performance is similarly awesome!

Whether you’re playing a competitive FPS on PC or a Triple-A PS4 exclusive, the Strix Fusion 700 performs well, especially with the Virtual 7.1 Surround Sound turned on. On games such as Overwatch for example, the surround sound gives you a heads-up where enemy fire came from. For titles such as Marvel’s Spider-Man for the PS4, the VSS gives added immersion and realism. 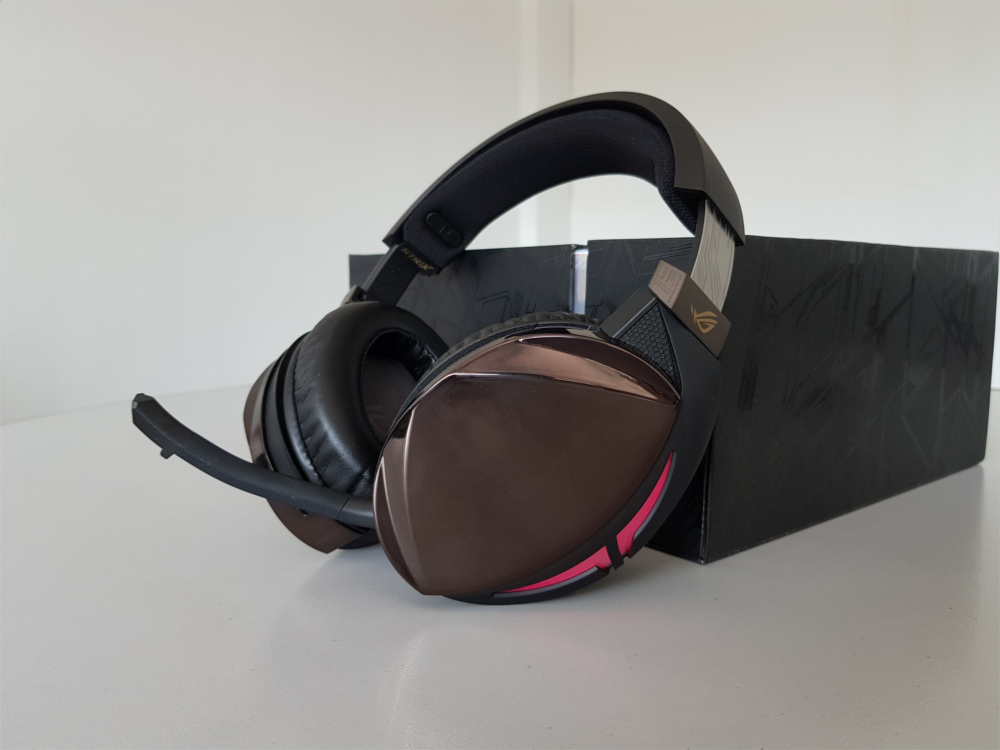 While it’s a great headset for gaming both on PC and consoles, it falters a bit for general music listening. The Strix Fusion 700’s audio output may be detailed and have nice weighty bass, but vocals tend to sound flat or unnatural. A lot of songs just don’t sound as full as we’d like, especially compared to my personal pair of headphones, the Sennheiser HD 518.

If you typically listen to pop, hip-hop, and other bass-heavy genres, the Fusion 700 should still be a decent choice. But if you have lots of rock and/or vocal-heavy songs in your playlist, the Fusion 700 might disappoint. 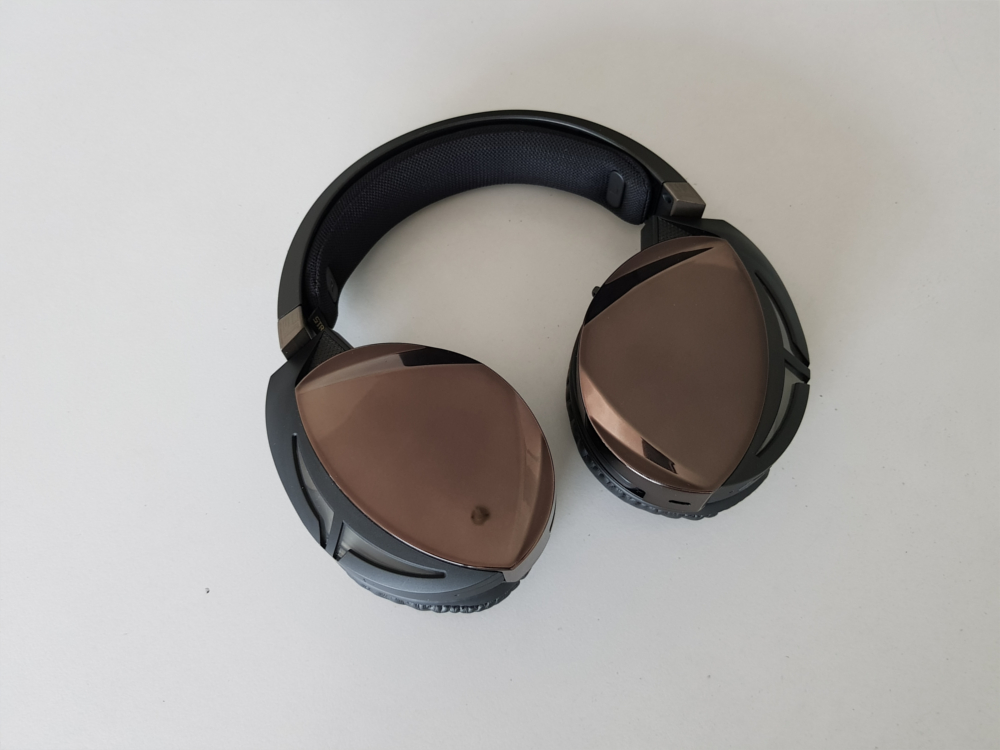 While music listening is not the best with these headphones, it thankfully performs better with movies and series/anime. The flat vocals is much less of a problem for binge-watching, and its good amount of bass lends more impact for action scenes while being restrained enough not to drown out other sounds.

Design-wise, the Strix Fusion 700’s mic is conveniently-placed, with the mic automatically muting when you fold it back into the left earcup. This feature is definitely convenient when gaming online. As for the mic’s sound quality, it’s plenty clear for VoIP chat and for audio calls from your smartphone or PC. Though it does share the Fusion 500’s tendency to pick-up loud background noises, meaning it might not be the optimal choice for content creators looking to record audio commentary. 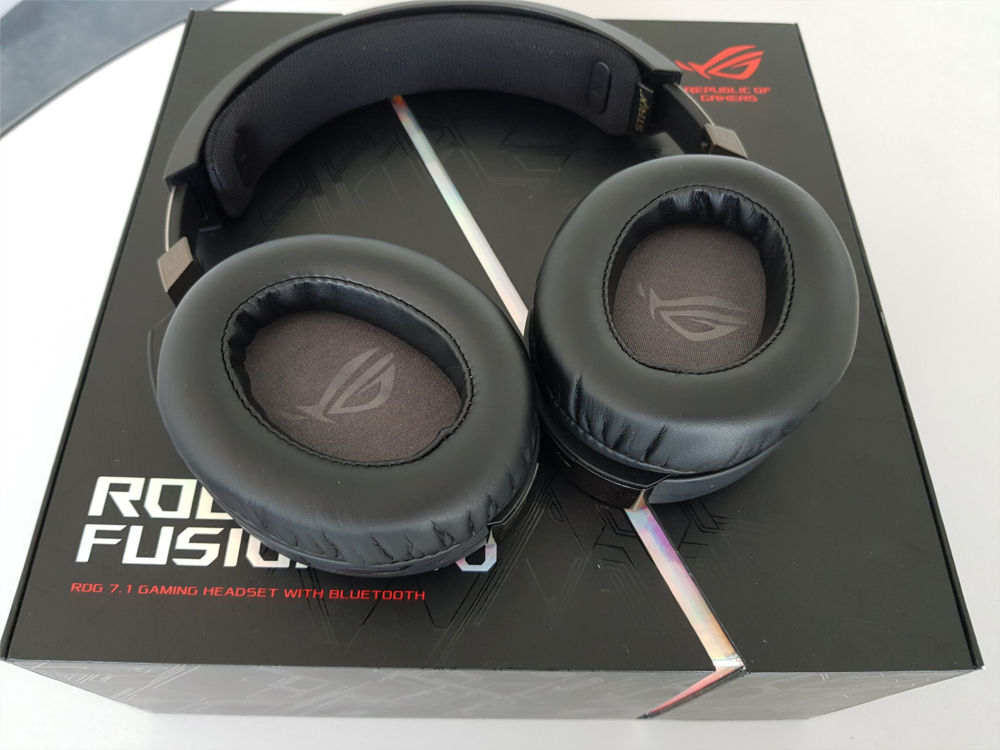 As they basically share the same design, the Fusion 700 is just as comfortable as the Fusion 500. You can wear this for a lengthy gaming session without hurting your ears, though we do recommend swapping out the leather earpads with the included mesh pads, as the leather does get warm after a while.

Now for wireless connectivity, I had no problems connecting the Fusion 700 to both my PC and smartphone through Bluetooth. Another feature on the Fusion 700 is that you can answer calls while still playing games on your PC or console. It might not seem like much at first, but it does lend more convenience when you need to take a phone call or chat with friends on VoIP. 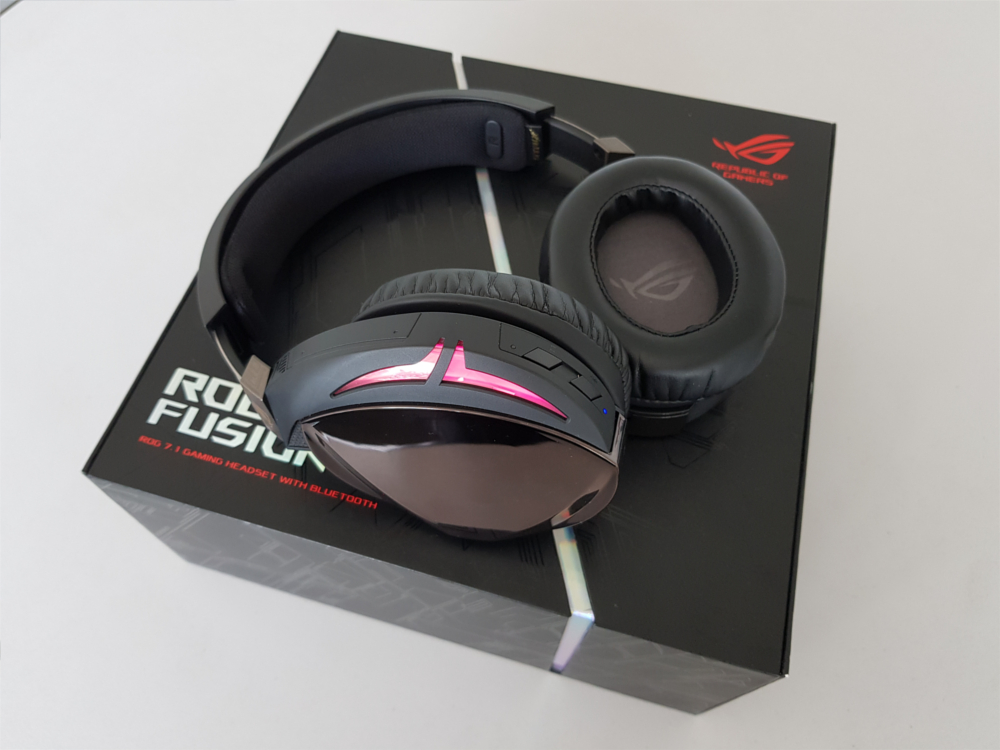 It does have some minor letdowns though, one of which is that it does not support Bluetooth connectivity for the PS4. The lack of wireless connectivity for the PS4 would’ve been alright, but the cable packed in the box is a tad short. The touch controls on the left earcup are also a bit fiddly; I would’ve preferred actual buttons, but it’s still very much useable.

As for battery life, ASUS claims that it will last up to 17 hours of regular use when the RGB is turned off. In our use it didn’t reach 17 hours, but it lasted a respectable 13-15 hours with the RGB lighting turned off. 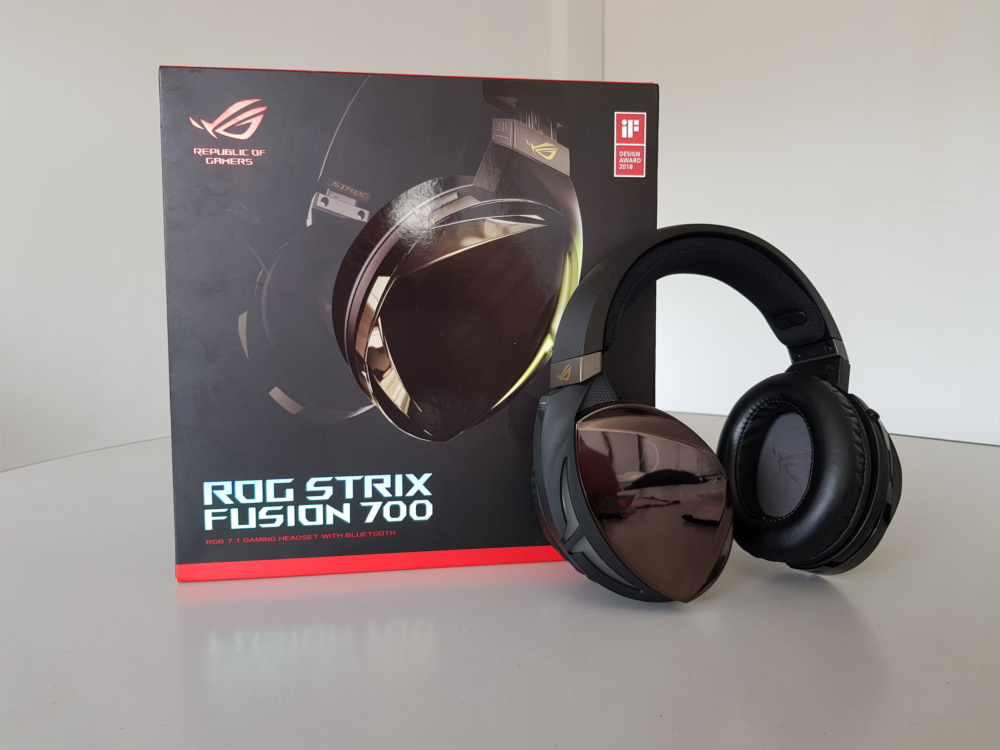 The ASUS ROG Strix Fusion 700 is basically a wireless version of the Fusion 500. In our time with the Fusion 700, we found that it’s a great pair of headphones for extended gaming sessions, thanks to its great audio/mic quality (for games) and comfort even after a couple of hours of use.

It’s not a perfect headset though, as we found it lacking in general music listening. But this is a headset designed for gaming, so it’s performance music-wise is not too surprising. Its touch controls are also a bit fiddly, but that’s far from dealbreaker.

While think that it’s SRP is a bit too high given its rather weak music listening performance, overall the ROG Strix Fusion 700 is still a good option if you’re in the market for a wireless gaming headset.

The Fusion 700 is basically a wireless version of the Fusion 500, meaning it's also a great headset for gaming thanks to good gaming audio/mic quality and comfort. Though it's not the best pair of headphones for general music listening, plus its price is a tad too high. Nicolo ManalotoGeek Lifestyle Review: ROG Strix Fusion 700