These big companies showing us what they're made of! 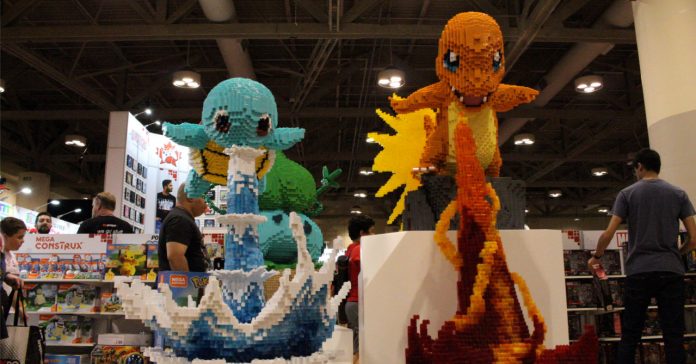 Fan Expo has kicked off over the weekend and fans from all over Canada and the US flocked to the the Metro Toronto Convention Centre. It’s one of the biggest and busiest events of the year for the Canadian geek industry. Like any big event, Fan Expo 2018 did not disappoint thanks to the awesome booths! Mainly, the area in the South Hall actually had some of the most diverse set ups at the con. Here’s a look at some of the best booths of this year’s Fan Expo!

With Spider-Man coming out in just a few days, it’s no wonder that Playstation needed to showcase their game demo area at the very front of their booth. Beside the Spider-Man area was the game Dreams, and next to that Activision took up a section of the booth for Call of Duty Black Ops 4. The back of the booth consisted of upcoming VR games like Tetris.

Playstation also took it a step further with their Playstation Experience app where you can select a time slot to play their games without having to wait in a long line! 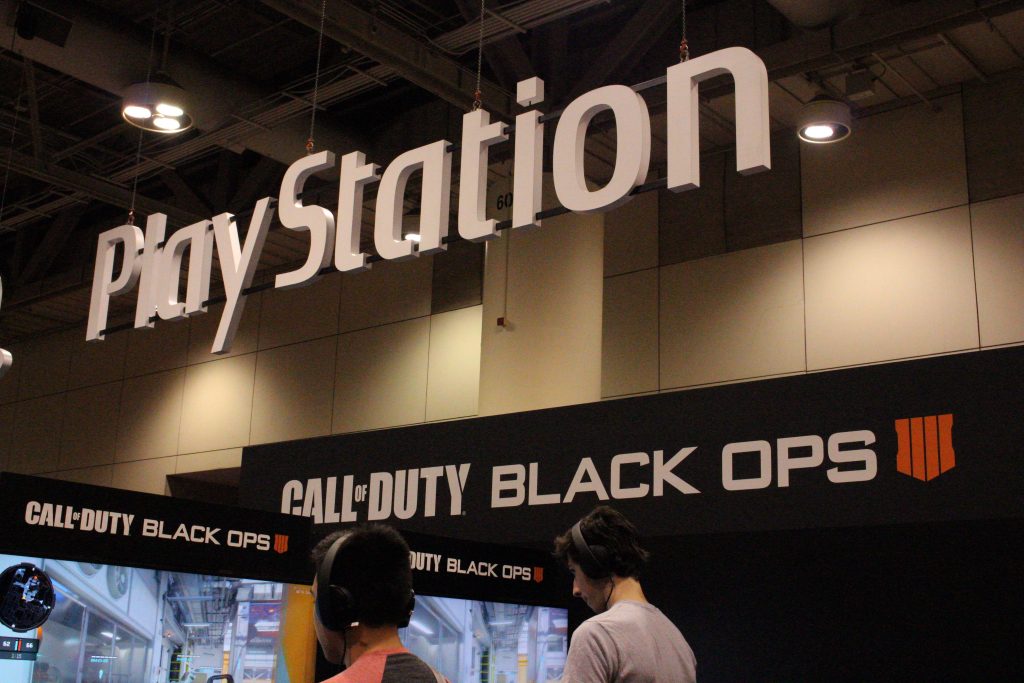 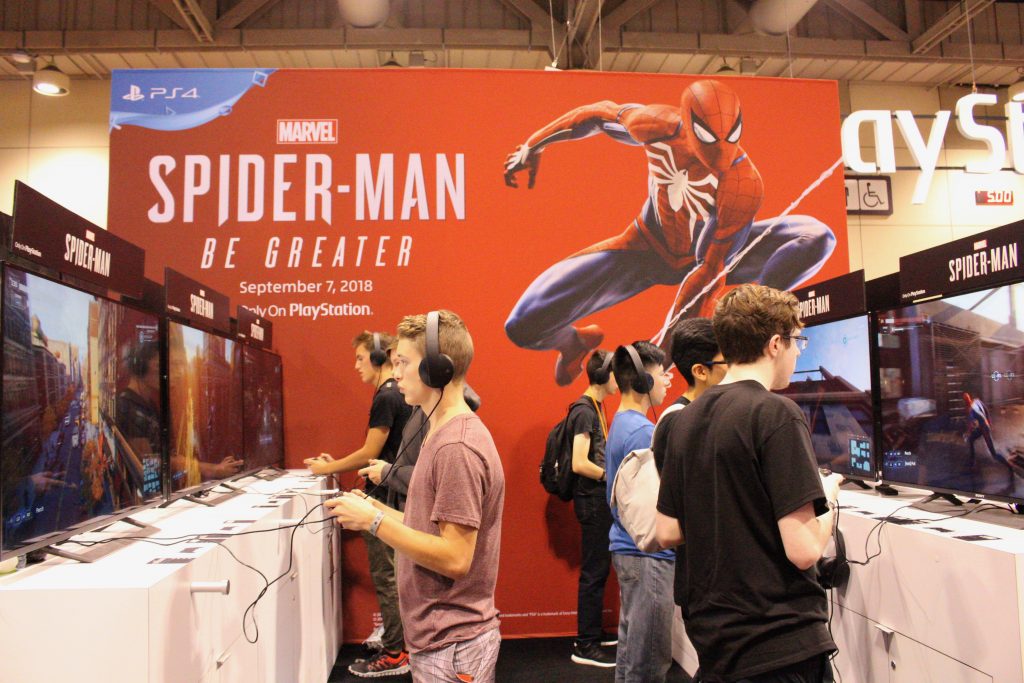 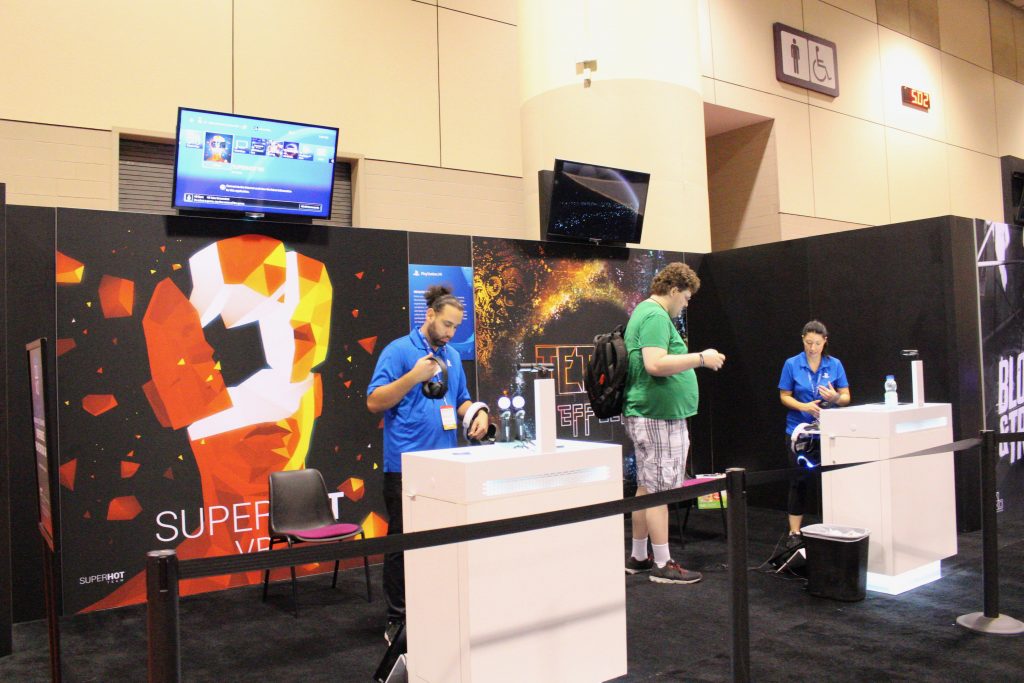 The Nintendo booth at Fan Expo was like a miniature version of their E3 2018, and it’s packed with awesomeness. They had brought in Kirby’s hammer and Dk’s Tie in well lit showcases that flanked the front of the booth. Inside, they had game demos for the new Super Smash Bros., Mario Tennis Aces, Starlink, and Fifa 2019. They even had a whole table of pokeballs for Let’s go Eevee / Let’s go Pikachu where you can play with Pokemon! 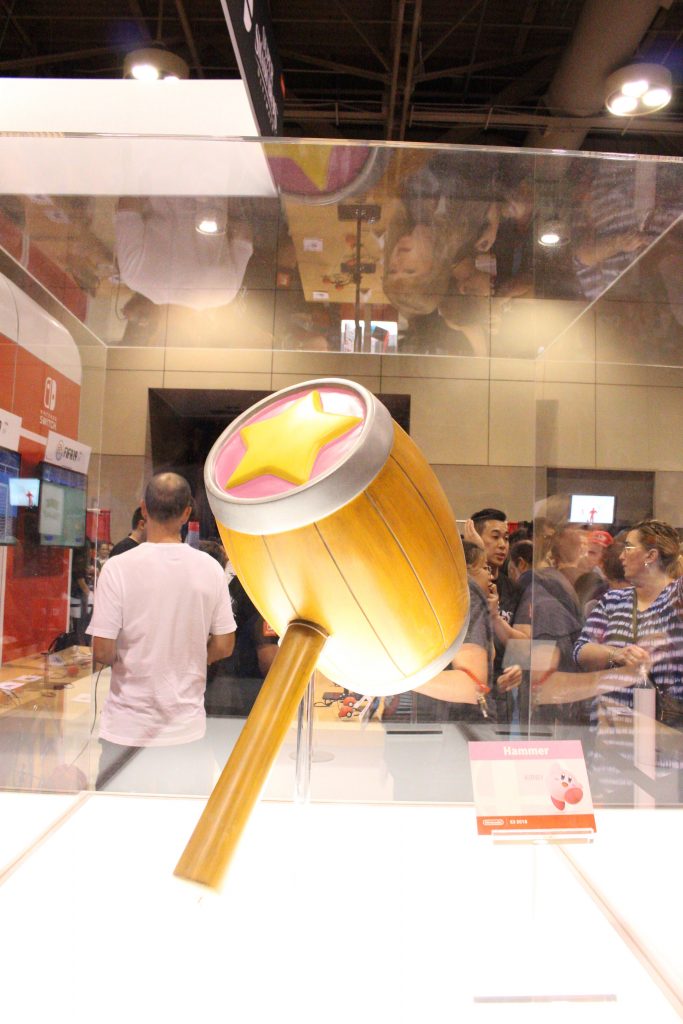 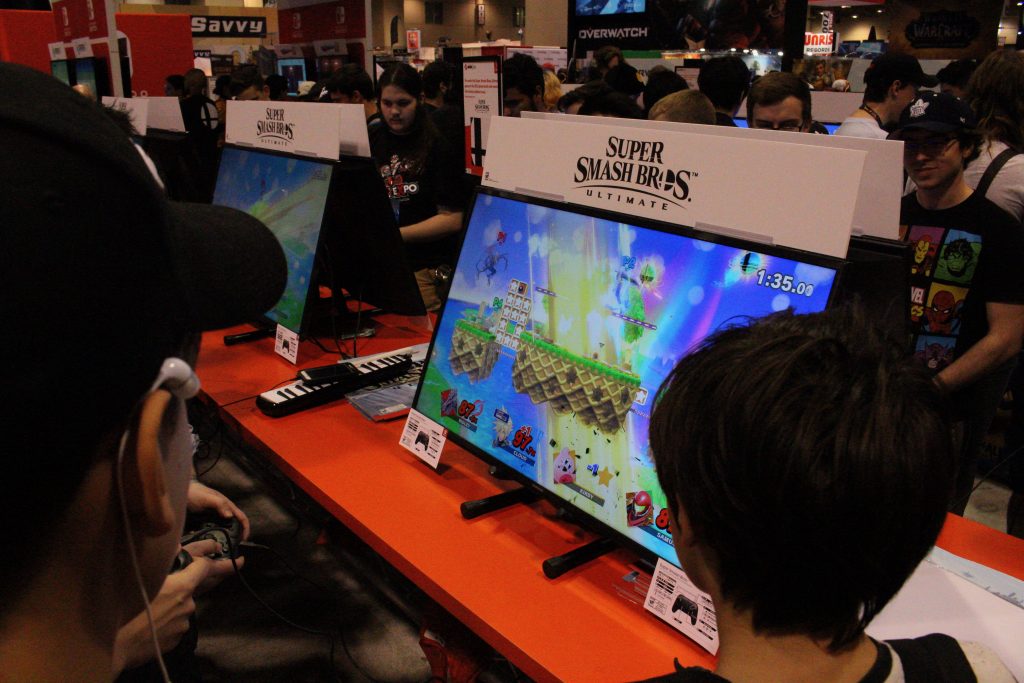 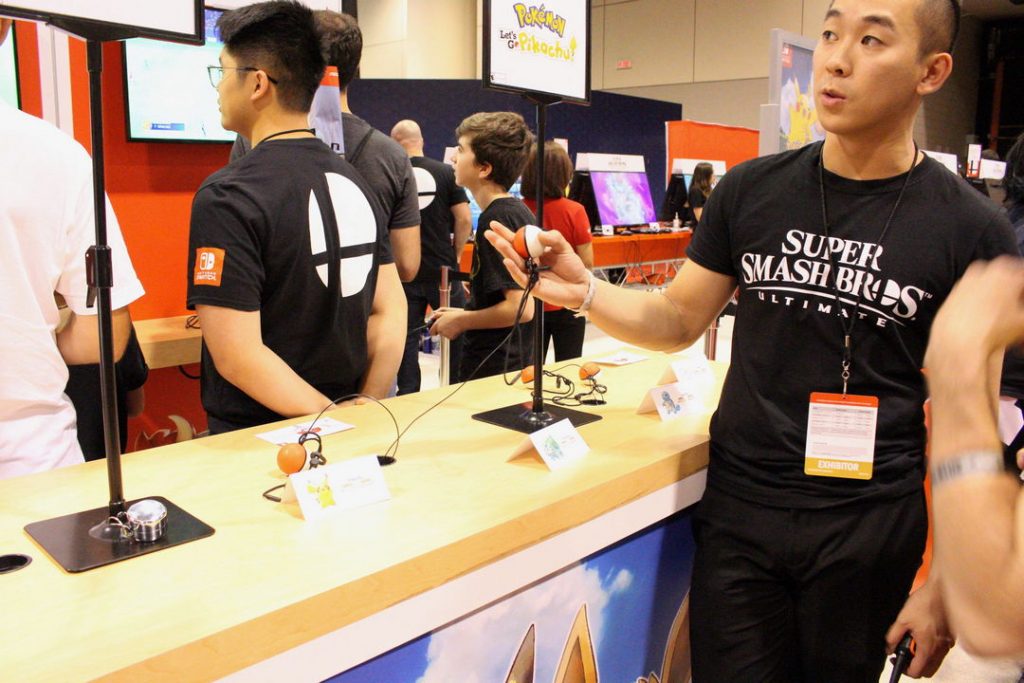 For those who don’t know, EB Games is the Gamestop of Canada, and BOY did they have quite the presence! For all your nerdy needs, this booth had everything from merch, to consoles, and even Keyblades! Megablocks even did a thing with Nintendo and made Pokemon statues. This had to be one of the biggest booths at the con! 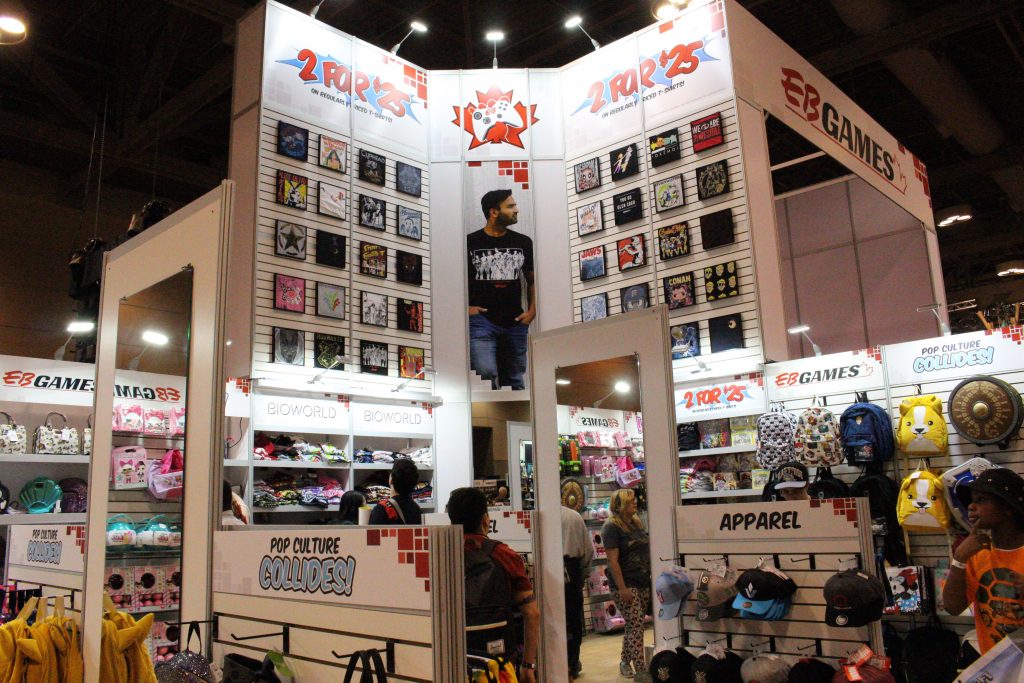 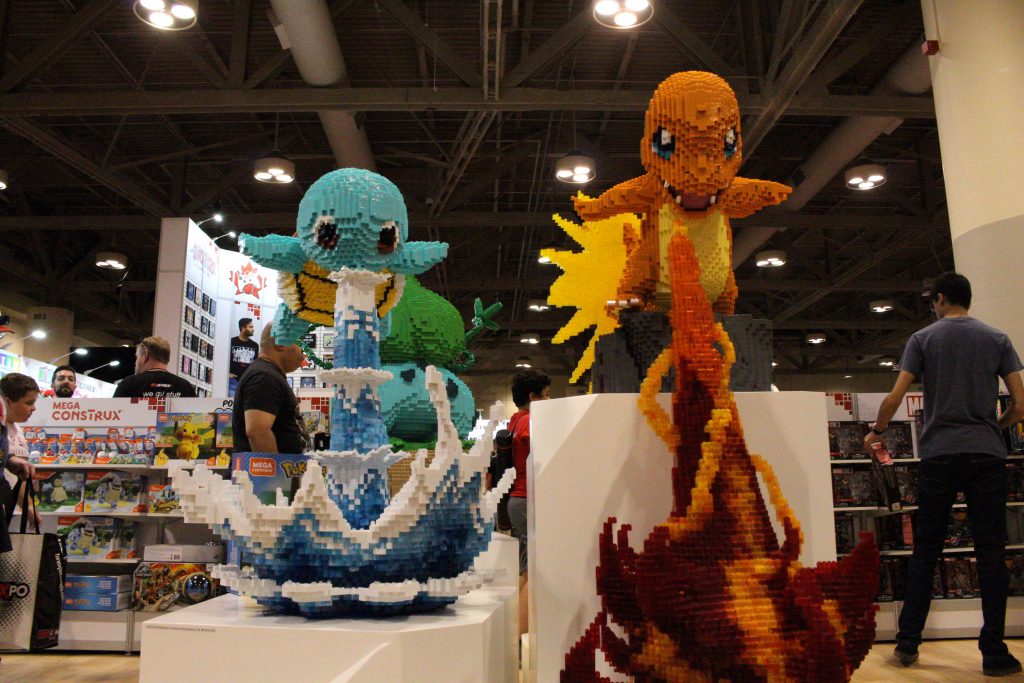 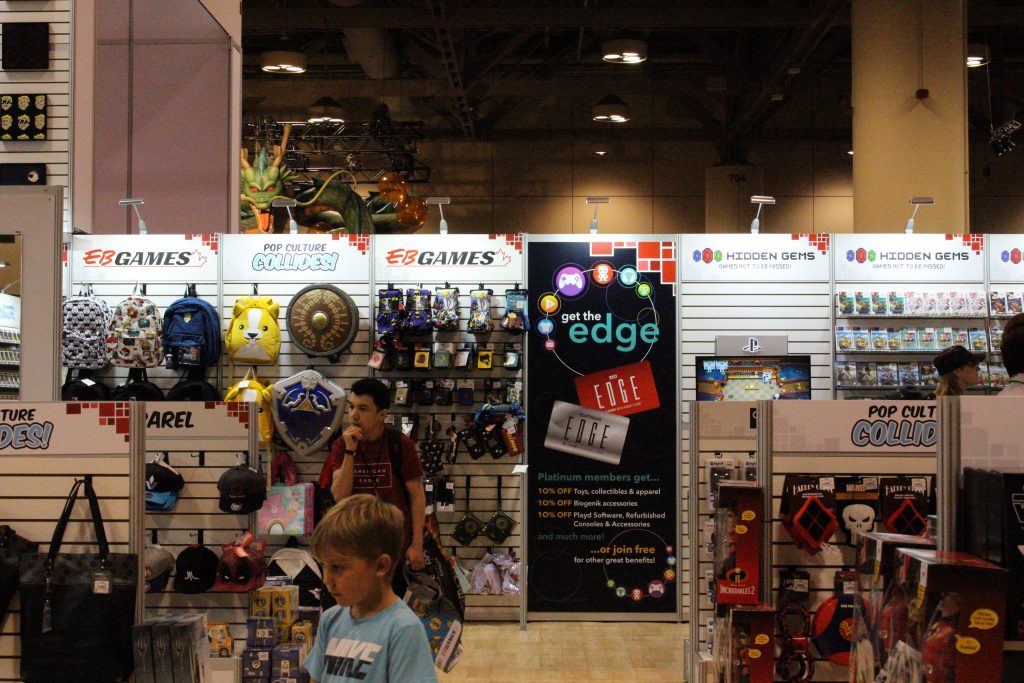 This had to be one of the flashiest booths at the convention. With their red and black colour scheme, neon lights, and geometric aesthetic, Omen really did make it’s presence known. Gamers were testing out their newest products; some were even playing rounds of Fortnite. Even for those who needed a break, Omen had bean bag chairs at the ready! 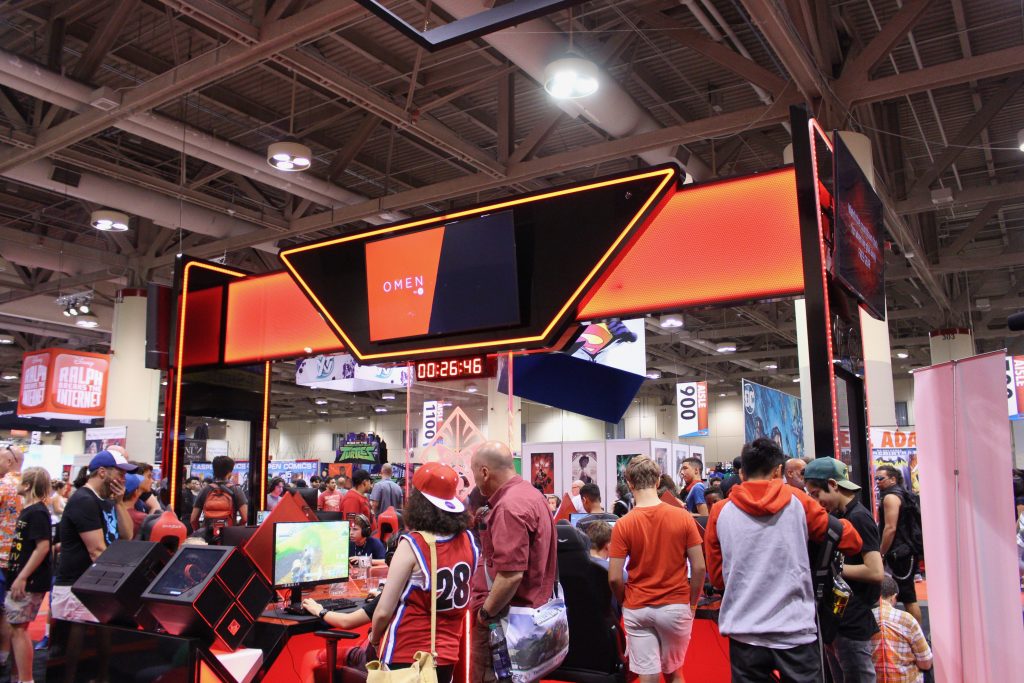 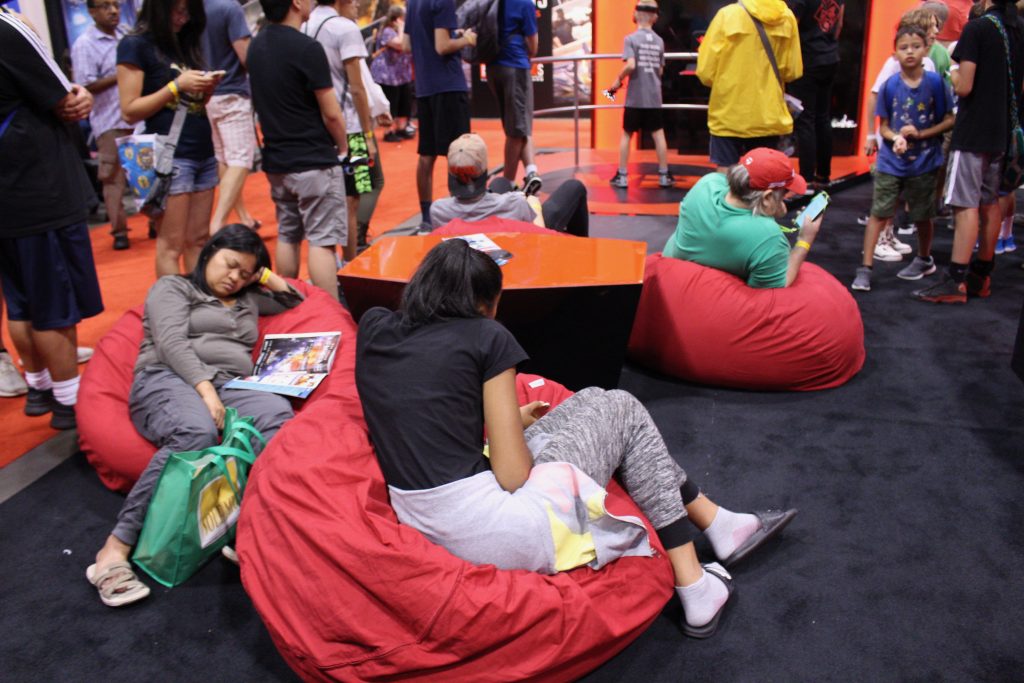 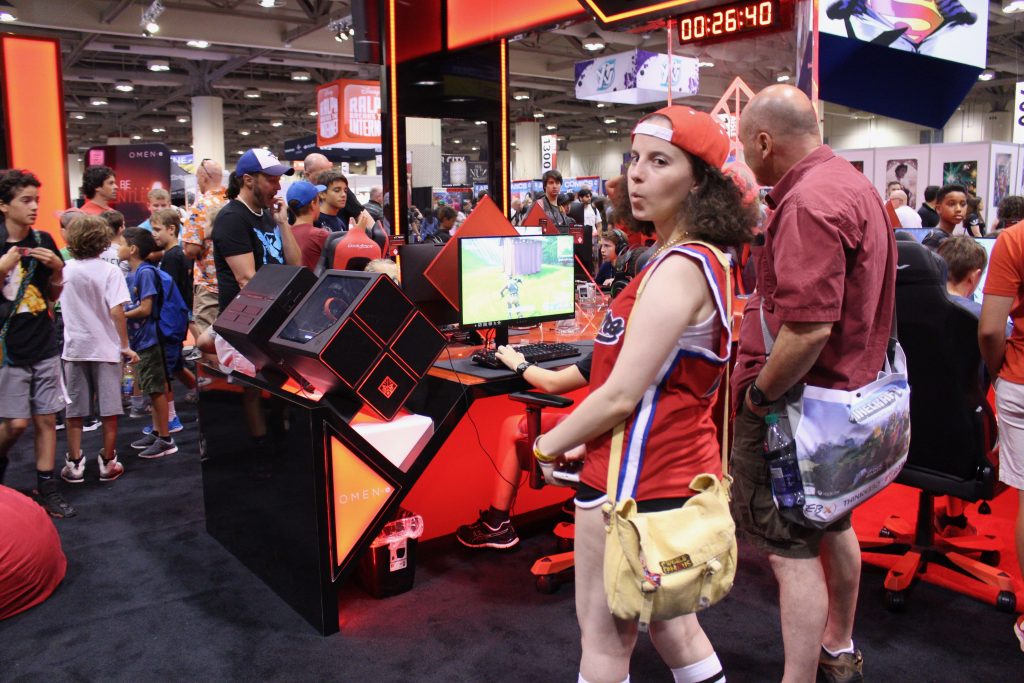 This was a big deal! Hasbro had a HUGE booth where all geeks can buy their favorite toys. From Nerf Guns, Star Wars toys, and Transformers figures, Hasbro made an impact on the con. Parents were even bringing their kids to look at showcases of fandoms they grew up with! I heard a dad playing Star Wars Trivia with his daughters! It really was fun for the whole family! 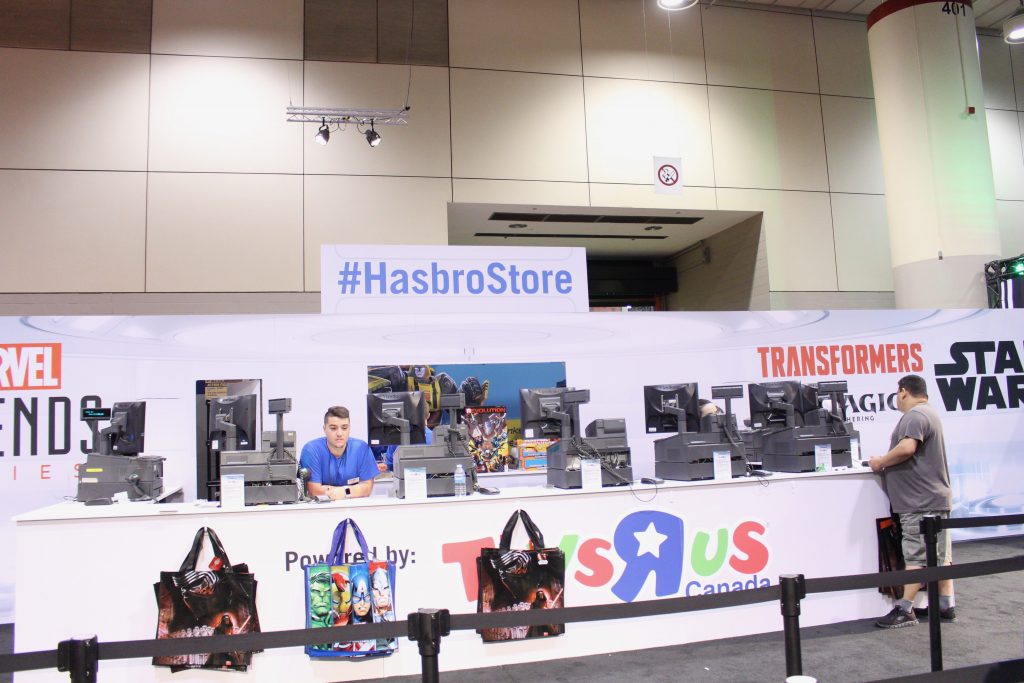 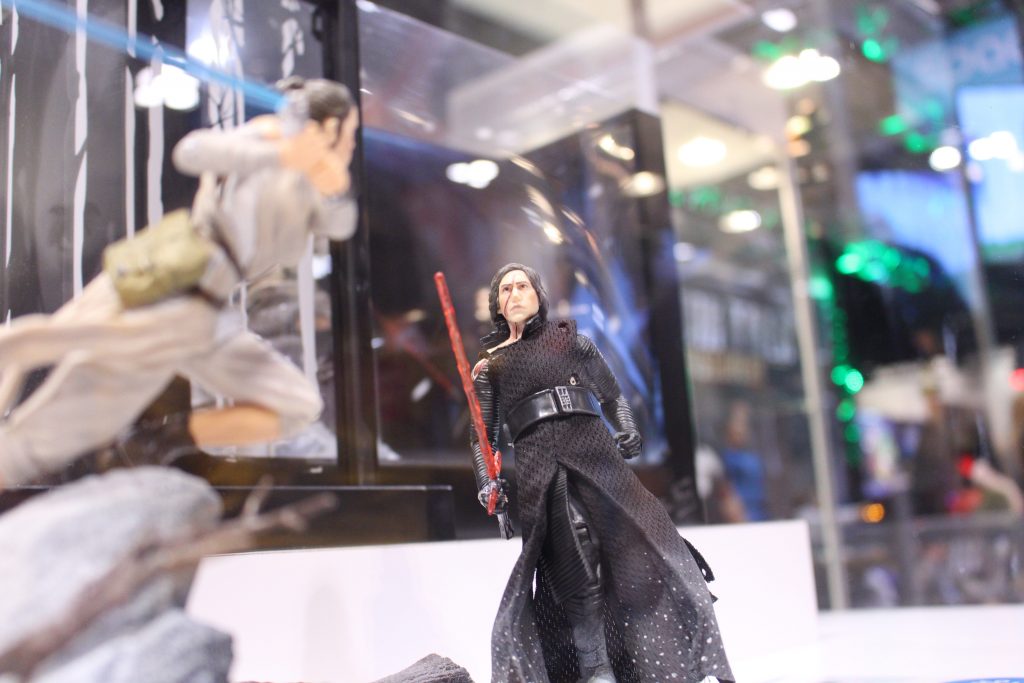 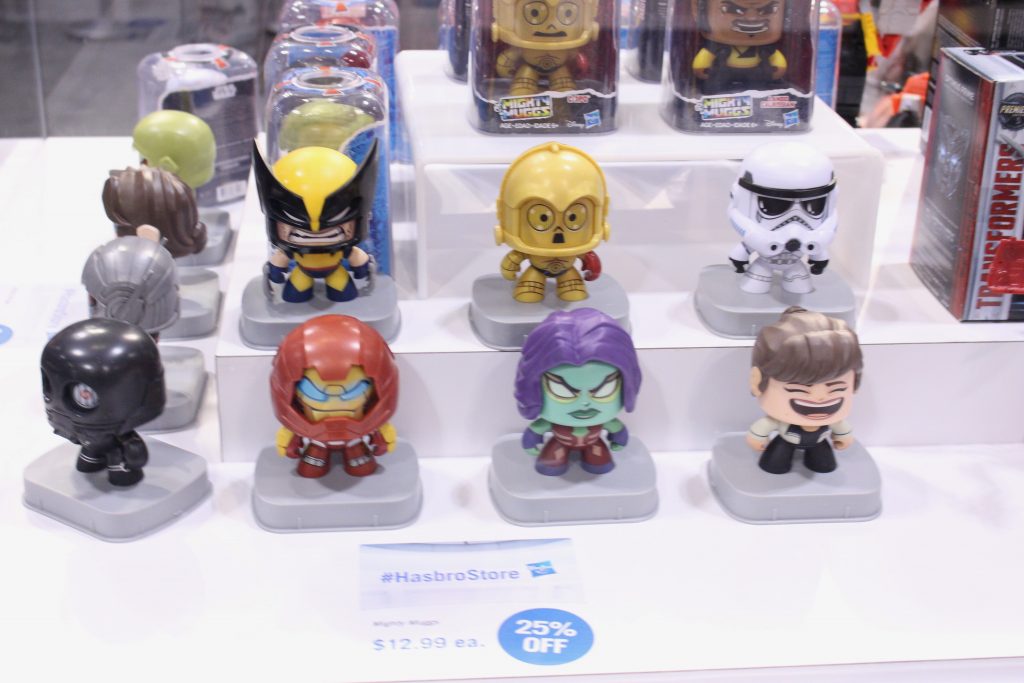 In the gaming area, Blizzard stepped up to the plate. They were demoing Overwatch, World of War Craft, Hearthstone, and Diablo! Blizzard has a massive fanbase in North America, especially as they host Blizzcon in California every year. So for them to come all the way up to Canada is HUGE deal for us. Not only that, check out their booth design. Having a footprint like that gave them enough play to really make their IP’s have their own specialized sections. 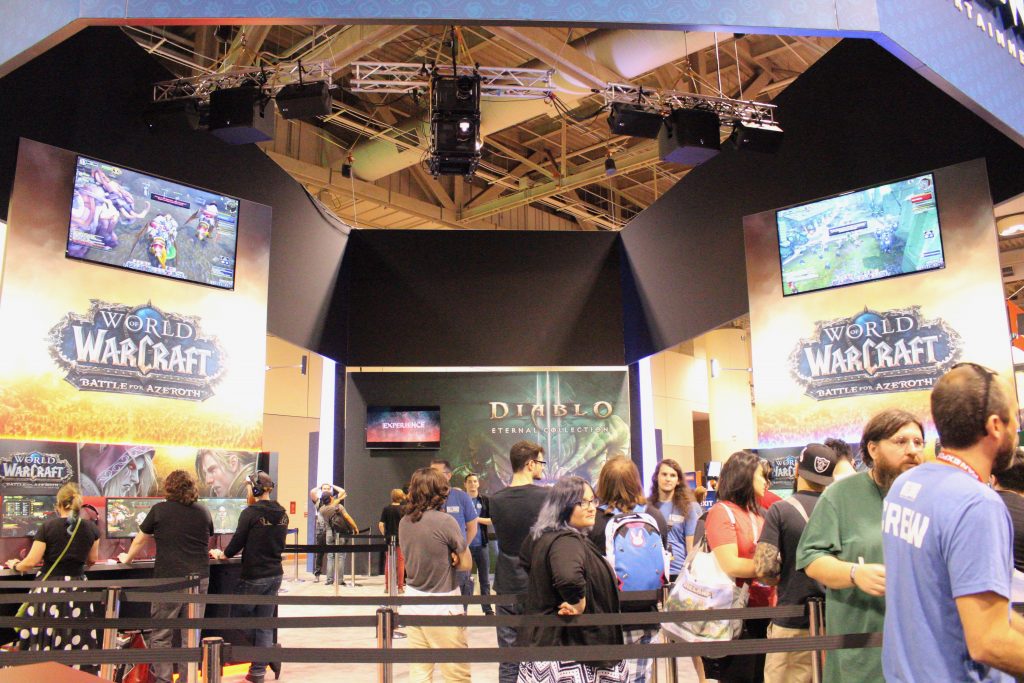 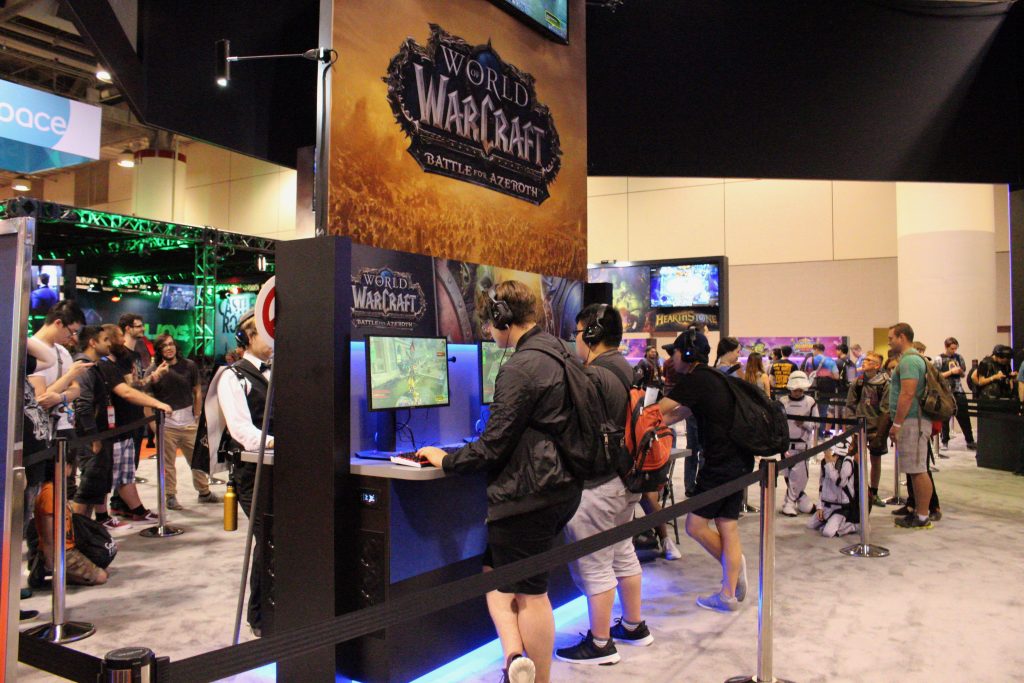 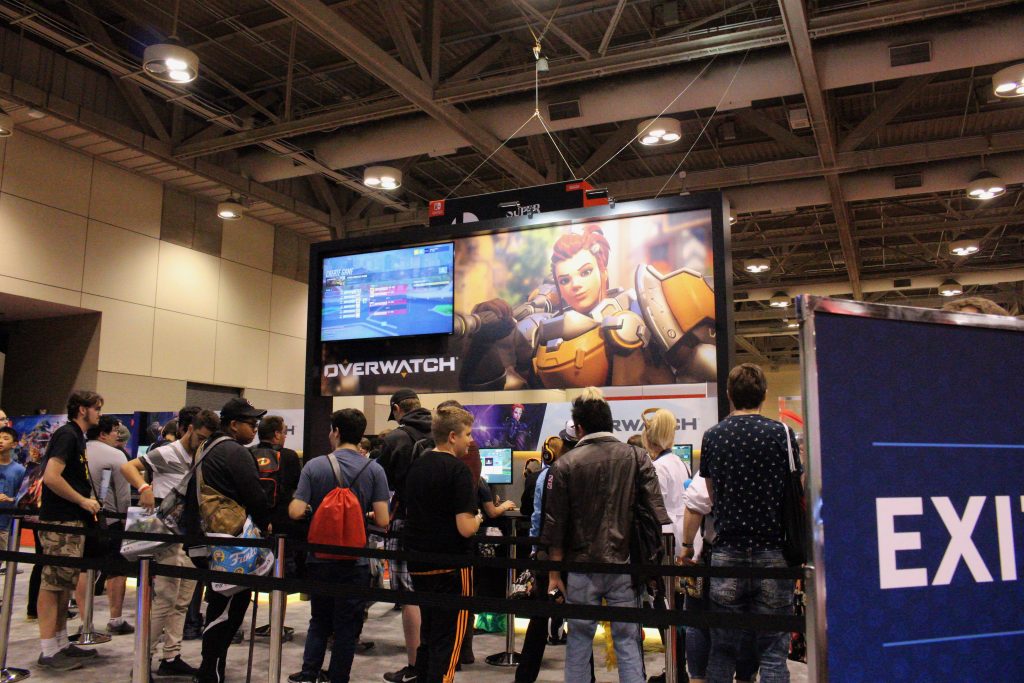 Well, those are some of the coolest booths at Fan Expo 2018! Keep it on lock as we got WAY more to share with you!! And remember, to keep on gaming!