Want a souped-up PC courtesy of the PH’s best modders? You can with ASUS’ Supercharge My PC! 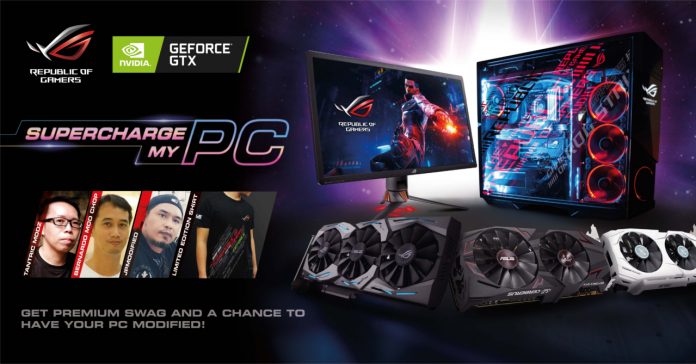 When it comes to graphics, no platform tops PC. Even the most powerful of consoles won’t match the power of a premium gaming PC; especially if it’s equipped with a top-end graphics card and processor. Though of course PC’s aren’t just great because of graphics, they’re also a great platform for users who love tinkering around with mods.

If you’re one such PC gamer then you’re in luck! ASUS Republic of Gamers partnered with NVIDIA to bring Supercharge My PC! to PC DIY enthusiasts. 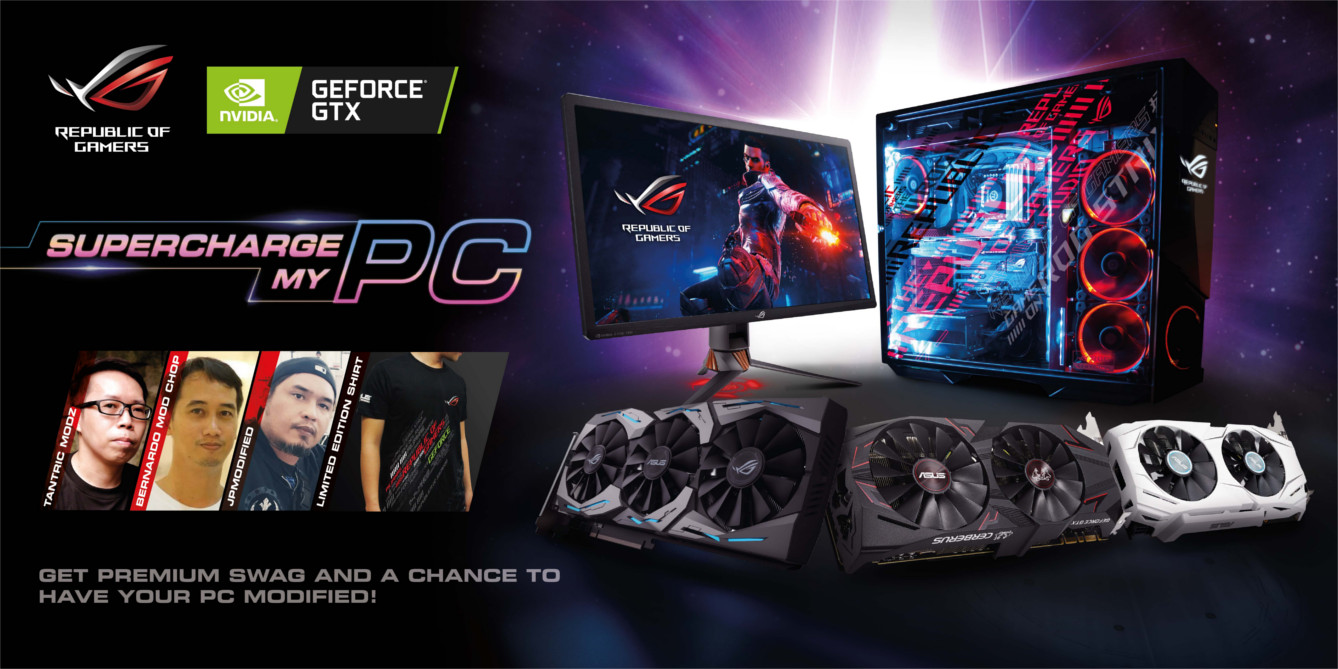 What’s the Supercharge My PC! campaign you might ask? Well, it’s a promo where two lucky buyers of select NVIDIA GTX 10-series GPUs will get their PC modified by the country’s top modders — TantricmodZ PC Casemodding, J.P. Modified, and Bernardo Mod Chop.

A purchase of any ASUS / ASUS ROG NVIDIA GeForce® GTX 1060 (or greater) graphics card from September 15 to October 14 will qualify to join the Supercharge My PC! Promotion. End-users will also receive a limited edition ROG-NVIDIA eSports shirt along with the purchase. Claiming will be done at https://woobox.com/2afyb4 starting September 15 and ends on October 28, 2018. The end-user will need to do the following to join:

The Supercharge My PC! Is a nationwide event and is open for people residing in the Philippines only.