You Can Try Out Soulcalibur VI via the Game’s Network Test This September! 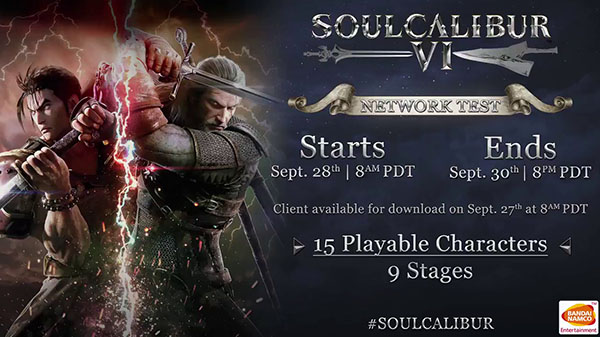 The tale of soul and swords will be eternally retold sooner than you think!

Bandai Namco announced that it will hold a Soulcalibur VI network test on PlayStation 4 and Xbox One starting from from September 28 at 8:00 a.m. PT to September 30 at 8:00 p.m. PT. According to them, the network test will allow the players to choose from 15 playable characters to fight it out on nine different stages.

The download for the network test will be available to the public on September 27.

Soulcalibur VI will slice its way out for PlayStation 4, Xbox One, and PC on October 19, 2018.