Anime + Education? Cells at Work shows us how it’s done!

Who knew anime could be a great learning tool?! 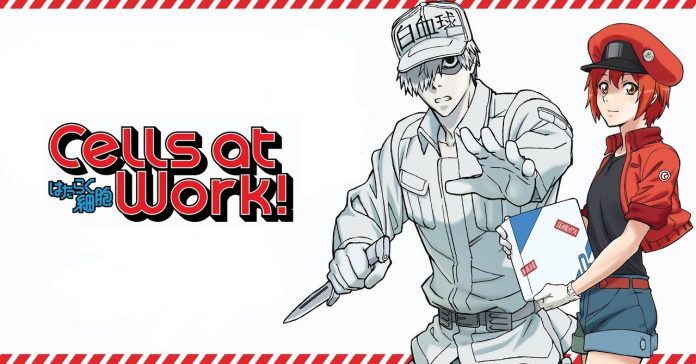 Cells at Work! is easily one of the most popular anime series of the year, and for good reason. Not only is it an entertaining anime in its own right, it’s also has one helluva unique concept. I mean, did you ever expect there to be an anime about anthropomorphic human cells? I sure didn’t!

The anime isn’t just unique and entertaining though, it’s also highly educational. Cells at Work’s depiction of the different human body cells is actually quite accurate, so much so that the anime’s creators released free stills for educational use in schools and medical facilities.

These stills are available for free, provided of course that they’ll only be used for academic purposes by schools and/or medical facilities, and not for commercial use. This comes as no surprise, given the strict copyright enforcement of Japanese anime and manga creators.

Cells at Work! is a 13-episode anime series adapted from the manga of the same name. The series aired in Japan from July 8 to September 30. The series has become wildly popular among anime fans with the series even spawning memes, mostly based on the Platelet characters. The show also gained popularity for its accuracy, as analyzed in a recent video that went viral by a junior doctor in the UK.

- Advertisement -
Previous articleFate/Stay Night: Heaven’s Feel Part II gets a dark new Key Visual
Next articleForsaken Project Lead Scott Taylor joins us to talk about the state of the game and much more! | Ungeek TGS 2018