Predator kicks off the Asia Pacific Predator League 2019, this time with Dota 2 and PUBG!

Here's another esports tourney to watch out for! 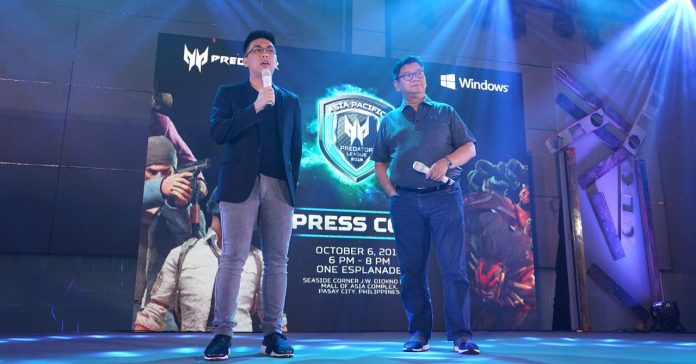 “Predator Gaming is extremely proud of the Philippine gaming talent, and we surely shared this talent with the world when Quid Pro Quo bagged 3rd place in the grand finals last year,” shares Mr. Manuel Wong, General Manager of Acer Philippines. “But, at the end of the day, what makes us even prouder is seeing so much growth and potential in the Philippines eSports scene – that’s what the Asia Pacific Predator League is all about.”

“I’m so happy to be joining the Predator Gaming family in time for the Competition,” enthuses Alodia. “What got me into gaming was the incredible camaraderie and the intense passion gaming enthusiasts had, and these are characteristics that are so uniquely innate in the community. I’m so excited to witness these as the tournament unfolds.”

Predator League 2019 will begin with 4 regional qualifiers each for both PUBG and DOTA 2; the PUBG qualifier took place this month, while the Dota 2 qualifiers will be held in November.

- Advertisement -
Previous article
Jump Force is one ambitious crossover, and it’s coming out on February!
Next article
Huawei’s new Mate 20 series is up now for pre-order in the PH