Strap yourselves in for a Marvel Studios 10th Anniversary Movie Marathon from October 13-21!

*grabs a LOT of popcorn*

There’s no better time to assemble as we celebrate an impressive decade of Marvel Studios blockbusters, starting October 13 and running through October 21! Sixteen (16!!!) films spanning the entire Marvel Cinematic Universe will be returning to Philippine theaters for the Marvel Studios 10th Anniversary Movie Marathon and we’re inviting you to drop by and celebrate all things Marvel with us! 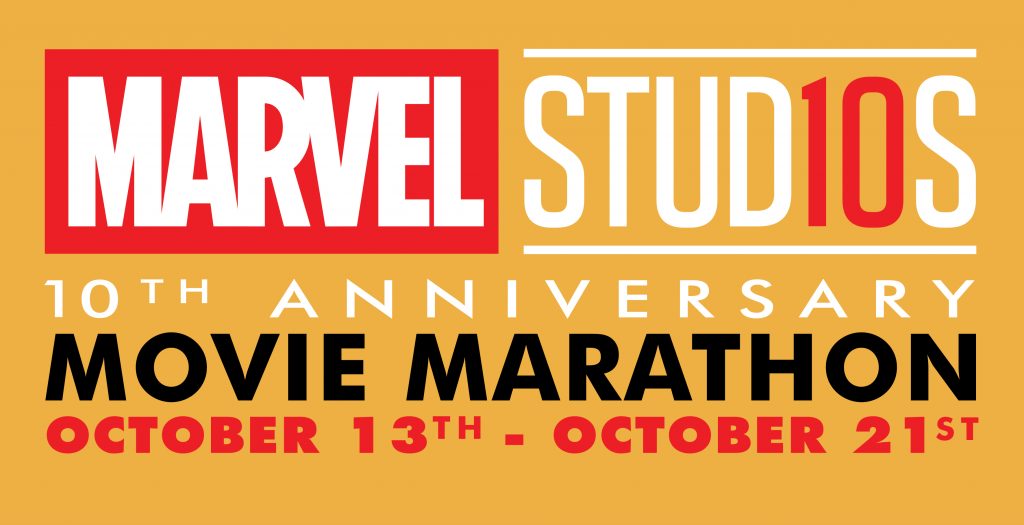 Beginning with Marvel Studios’ “Iron Man,” the first film to kick off the Marvel Cinematic Universe, and all the way through this year’s releases of “Black Panther,” “Avengers: Infinity War,” and “Ant-Man and The Wasp,” MCU films will be seen in the big screen again in participating cinemas across the country.

Fans can also avail of a special bundle ticket that allows access for all 16 films for just Php 1,200 which already includes a limited edition poster.

We know you’ve already seen the films before but hey, there’s no better time to watch it again with fans from across the country all in celebration of the Marvel Cinematic Universe!