Think you got what it takes?

Time to prove that “ball is life” isn’t just a saying! If you think you’ve got what it takes to be the best 2K19 baller out there, then you’ve come to the right place as 2K, along with Sony Interactive Entertainment has announced the details for the NBA 2K19 Asia Tournament with a 10,000$ prize pool, with local qualifiers in Taiwan, Hong Kong, South Korea and the Philippines. 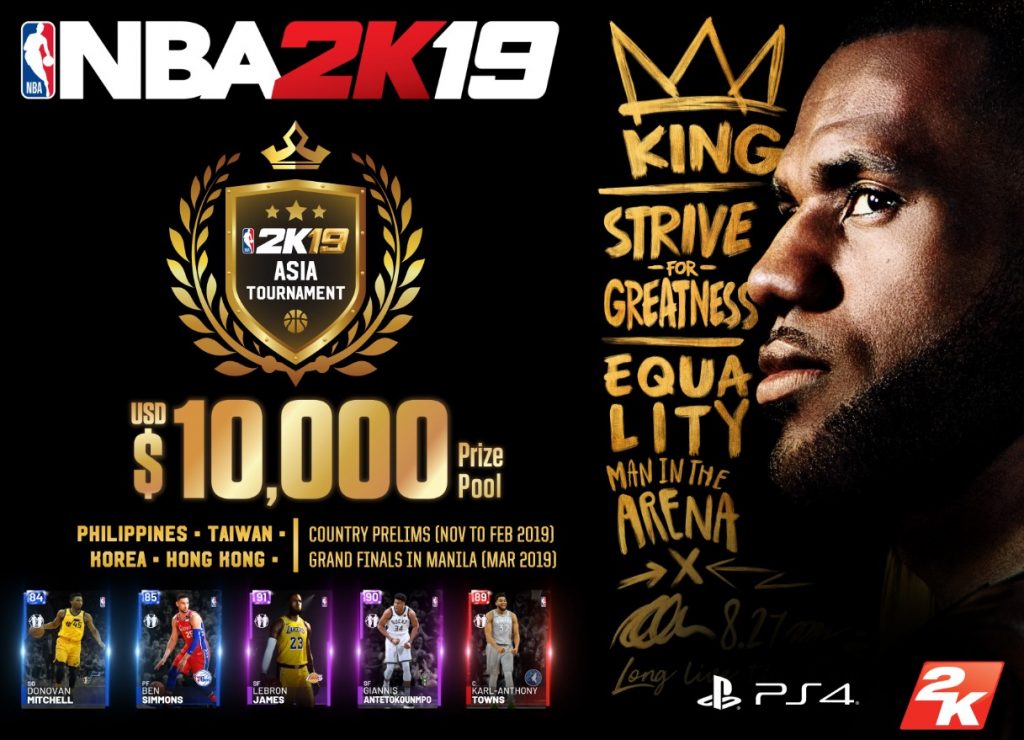 This year’s tournament will be played using NBA 2K19’s MyTEAM Mode for the very first
time, allowing you to build your own team, consisting of former and current NBA
players and gives players the ability to customize their team’s franchise and appearance.
Players can build their MyTeam to compete from any combination of thirteen Player Cards
from their MyTeam Collection, subject to some card tier limitations. The full rules and
regulations of the NBA 2K19 Asia Tournament can be found here.

The qualifiers will take place from November 2018 until February 2019. After which, the top 2 players who emerge victorious from each country will represent their nations in the NBA
2K19 Asia Tournament Grand Finals, which will be held in Manila, Philippines in March 2019.

- Advertisement -
Previous article
5 reasons to catch the Chilling Adventures of Sabrina on Netflix tomorrow!
Next article
Getting to know the Mind behind the Masterpiece | A quick chat with Adi Shankar