Going in for the kill | Hitman 2 Review 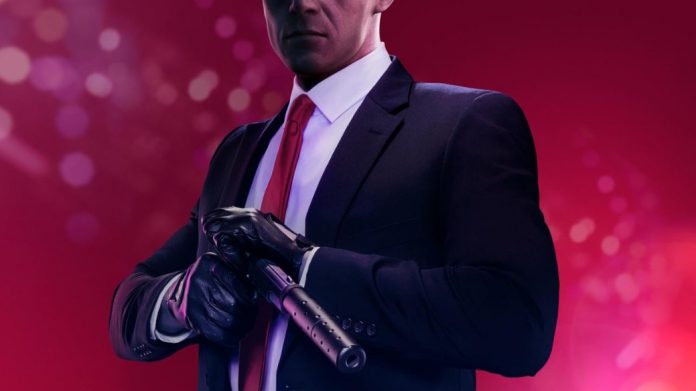 In case the thought eluded you, Hitman is exactly what you think it is. In the game. you are Agent 47, a highly skilled assassin trying to uncover the secrets to your past and in this installment, you’re that much closer thanks to a bunch of clues from a new client. As Cliche as that might sound, everything about this is anything but. That said, instead of taking you through a standard review, I want to walk you through a typical mission, discussing everything of note in between and hopefully allowing you to decide whether this game is something that is right up your alley because really, all it takes is one mission to either hook you in or have you jump ship. Let’s jump right into it!

First mission starts you off as you try to infiltrate a beachside house. Luckily, there’s no one in and out of the house, perfect for you to get used to the controls as you move steadily along the sand. You’ll easily get acquainted with the controls, which are not as intuitive as I would have hoped, but I’ve played through worse and the Hitman control scheme is tolerable. If anything, the gadget / weapon interface could use some work, but it’s a minor nitpick.

Now that I think about it, maybe I wanted controlling 47 to have felt better because the graphics in the game look absolutely picturesque. The backgrounds and the scenery are eye candy, and the levels in the game are sprawling but then here you have 47 running around like he’s as stiff as a board. It just doesn’t quite fit well.

As you approach the house, you’re then guided by your handler as to approaching the house with caution and taking out the cameras first to avoid any evidence of your break in. It’s a good idea to listen to your handler often times, as she will provide you with very useful information on how to go about your mission. Sometimes, too useful, as they’ll literally hold your hand throughout the whole game and let you know what to do, but you can choose to turn this of if you wish.

I break all the surveillance cameras with my pistol and proceed to look for an entrance into the house. As with spy movies, entering through the front door is almost always a recipe for disaster so I check the back entrance, which is conveniently locked. I look around some more and find a tool using the “Instinct” mode, which is basically a trigger that will allow you to see interactable objects / enemies through walls / enforcers / etc. Think of it as your spider sense of sorts, as you will need to get acquainted with this fast in order to make the most out of your experience. My gripe about Instinct? You’ll rely on it so much that you’ll spend 60-70% of your time looking at a greyed out screen.

I gain access to the house and posh as it may be, it definitely needs some cleaning. I notice that there are drinks lying around the counter, a tv, a switch to close the blinds, and other stuff that I can interact with. It seems that you can interact with the drinks by poisoning them, which could pay off later but could also set of a chain of events that I don’t want to get caught in. I also do not know if my mission is to eliminate the target or just extract information, so I leave it for now. I head over to the second floor and find more information about the suspect, remembering the places that I could hide in if ever things get hairy and just after obtaining what I need, the whole enemy entourage arrives, just like clockwork.

It was a tense moment, no doubt, but in a time like this, what would a hitman do? I ran to the nearest exit, jumped back out of the house, and hid in the tall grass, reassessing my situation and the numbers that I had to deal with. It turns out that my mission is to eliminate the target, and boy am I regretting not putting in some rat poison into the drinks, which would have probably made the mission easier in the long run. You see, that’s how the game hooks you in, all of those missed opportunities and those ways to run through a mission will no doubt tickle your creativity. Do you poison your target? Lock him in a panic room and gas the vent? Or maybe just a good old fashioned strangling or a knife to the back as they shower? As you first start the mission, all you see are obstacles and objects but to the trained eye, each of these “objects” can serve as the tool to take down your target. In the end, your only limitation is your creativity, and the possibilities are numerous that you’ll be wanting to play through a mission again and again to unlock more gadgets and starting points throughout the level.

I take stock of where I am and handle the first guard with ease. I immediately drag his body to the nearby foliage and strip him of his clothes to take on his uniform as a bodyguard. So far, so good. I enter the house without anyone noticing me, but as I approach my next target, I failed to see a patrolling guard from the balcony, immediately alarming the house of my presence. What’s worse is that my main target has now locked themselves inside their panic room with no way to get in from the outside. I now had to be creative. I checked for any windows that would lead into the panic room but to no avail, so I ran to the roof and lo and behold, a vent where I could inject some gas that would flush the target out. It worked out perfectly, as the target opened the door from the inside, allowing me to eliminate my objective and get back to the extraction point without a scratch.

This is a perfect example of how a mission plays out in Hitman and what to look out for throughout the rest of the game. You’ll be able to plan your approach to the mission – what weapons and devices to bring, where to start, and other benefits provided when you level up. Finishing missions will gain you experience points depending on how “good” you were. Did you find all locations on the map? Did you subdue opponents without getting caught? You’ll be able to see all these challenges before the mission and you’re free to choose whether you’d want to do them or not. You’ll also notice things called “mission stories”, which are basically mini missions within your main objective that will uncover new routes and ways to eliminate your target. Target is a race car driver? A mission story will allow you to disguise yourself as part of the pit crew as you sabotage the car.

As you can imagine, the replay value of this game is insane. There are so many ways to go around eliminating your target that there is an urge to repeat the same mission and trying another approach. As mentioned, leveling up will unlock more planning options for you. Want to start the mission over at the east side entrance rather than the west? Want some extra supplies waiting for you at a drop spot? These and more options will open up the more you “master” a level. Adding to the replayability of the game is a whole slew of online options and other game modes. You have access to online leaderboards so you can test your skill against other Hit(men), access to online events such as elusive targets, and much more.

Earlier I mentioned that the levels were sprawling. I wasn’t kidding. The beachside mission was merely a taste but come the Miami racetrack mission, everything just multiplies itself by 10. The racetrack is the second mission and it’s very easy to get lost in it if you don’t pay close attention to the map. There are a lot of nooks and crannies to discover, objects to interact with, and optional mini-missions to do that at some point, it may overwhelm you. You’ll have to keep on your toes and switch disguises often to reach certain areas in the level or you can just plow your way through. Either way, in the end it’s only the kill that counts so enjoy the ride.

Overall, Hitman 2 was a blast to play. I realize now that being one is stressful, with so many variables that can happen during a mission. The game accurately depicts that to a certain point and more than anything, the game is a test of how well you can plan your way through a mission by considering all possible avenues and solutions. The name of the game is patience and just like an assassin, you’re gonna need lots of it for this game. Hey, at least in this way, you can probably fulfill your dream of being the next secret agent.

*Hitman 2 was reviewed on a PS4 Pro via a review code provided by the publisher.