Good old arcade fun in a shiny new package, if you can handle the grind | NBA Playgrounds 2 Review 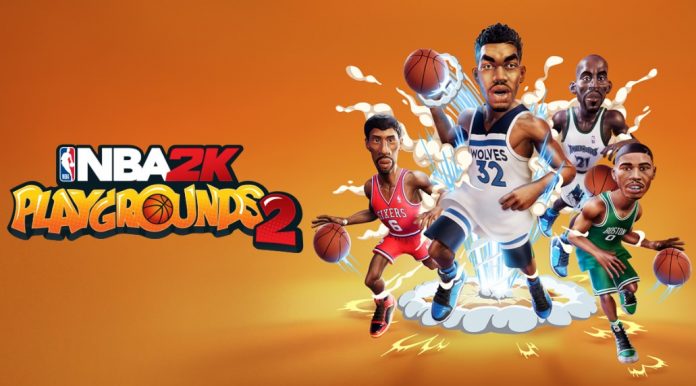 Basketball games have come a long way. From Double Dribble to NBA Jam to the now famous (and staple) annual 2K series, the genre has never been more realistic and engaging to fans and non fans alike. While others may be turned off by the realistic / simulation style gameplay that the 2K series offers, some may look around for more casual alternatives and Playgrounds 2 may just be the perfect filler for you if you can withstand the grind. Check out our review below to see if this title is worth your hard earned cash!

I won’t lie, at my age, I’ve hardly enough time to play full time. I could only manage maybe 1-2 hours a day if I’m lucky. Between my day job and daddy duties, it becomes very tough to find time to myself which is why the prospect of something like this intrigued me. Playgrounds 2 is not as complicated as the annual 2K offering, putting out some arcade style gameplay ala NBA Jam. If by some chance you have not played NBA Jam before, think of it as a 2v2 style basketball game with some serious showtime capabilities – it’s fast, fun, and most importantly it does not require a ton of your time to enjoy.

I was thrilled! I immediately popped the game and hopped right into the season mode, which by playgrounds standards isn’t a full 82 games but instead gives you 15 games and potentially some best of 3 games which will serve as the playoffs. One thing I particularly liked about Playgrounds 2 is the capability to play through the season with a friend, be it via local or online gameplay, so that was a huge plus for me. Everything seems to be dialed to my favor so far, somehow I can’t see anything here that will require me to pour in an insane amount of time…

Until the card progression system reared its head. Each NBA player is represented by a card which you can “level up” as you collect duplicates of that card. For example, you get a Stephen Curry card, he starts out as a bronze rank player with watered down stats. As you collect more Stephen Curry cards, you can level him up to silver, eventually to gold, and then diamond, where you get to unlock the full potential of the player. A progression system like this isn’t new and has been prevalent in mobile games as it motivates the player to come back and spend more time (and money). I honestly don’t mind if the game was designed this way but from my playthrough of the game, I felt that purchasing these packs take too long and since you can only use a few players to start your games with, then the path to grinding for those packs can get pretty tedious. In my experience, I was able to unlock a pack (or two) per hour and while that may not seem like a long time, a game runs around maybe 5-10 minutes give or take, which will have you repeating the loop so much for a couple of measly packs. Imagine having to play anywhere from 6-10 games to open packs which may contain duplicates!

What makes it rather irritating is the fact that you can purchase a pack that will unlock ALL characters in the game, but it costs an additional 10$, bumping up the total price of the game to around 40$ or 2000++php. I know, you can choose not to, and that’s fine, I just wish that the grind was a bit more forgiving! There are a ton of players to unlock and even more swag items to deck your players out with, which is fantastic! Unfortunately it’s tucked behind a huge paywall which tries to tempt you everytime you open a pack and get a player you don’t necessarily like. If you’ve got spare cash lying around, then 10$ should not be an issue and it’ll drastically improve your playing experience. You can also grind your way into earning the currency that unlocks all the players (Golden Bucks or better known as VC) but by the time you get enough VC, you’ll have opened enough packs anyways to significantly build up your collection.

The gameplay is at the very least satisfying and admittedly fun to play but being an arcade type game, don’t expect it to be too strategic or deep. Once you’ve found a formula that works for you during games, you can literally repeat running down the court and passing for an alleyoop the whole game, which instantly pumps up the snooze factor quite a bit. Shooting jump shots, as I’ve experienced, is far too punishing even if you’re using Curry or Durant since the newly implemented shot meter system gives very little room for error, hence my strategy of just running in for an easy layup or an alleyoop dunk. That said, even dunking the ball is not a sure conversion, because it will still depend on your player rating. I get it? But at least please count those wide open ones, pretty please.

One more thing that adds an element of unpredictability, apart from the wide open missed dunks, would be the Lottery Picks, which are basically a special ability that you can use to give yourself a massive advantage. Whether it’s giving you a x2 basket after an ankle breaking cross over or giving the opponent lower shooting percentages for a time, these abilities can easily change the tide of the game in your favor if used properly.

If there’s anything that could hook you in for quite a bit, if you’re the competitive type, it’s the Playgrounds Championship mode which is basically the online ranked play. At least during the time that I played it through, the gameplay was seamless and did not result in rage inducing lag or delays, which was very welcome. It could be because of maybe a low player count, but that’s beside the point, online gameplay was a breeze and is often a good test of your skill against a live competitor.

On the wackier side of things, Playgrounds 2 is NBA 2K’s over the top sibling, with cartwheels and backflips that would make even the nimblest of gymnasts proud. Imagine a lanky player like Porzingis or a burly player like Lebron doing flips and you’ll know exactly what I mean when I say wacky. It’s something that does break the monotony for sure, and between grinding for hours on end just to open a few packs, you’ll definitely have cartwheeled your legs off by the time you’re through with this game. 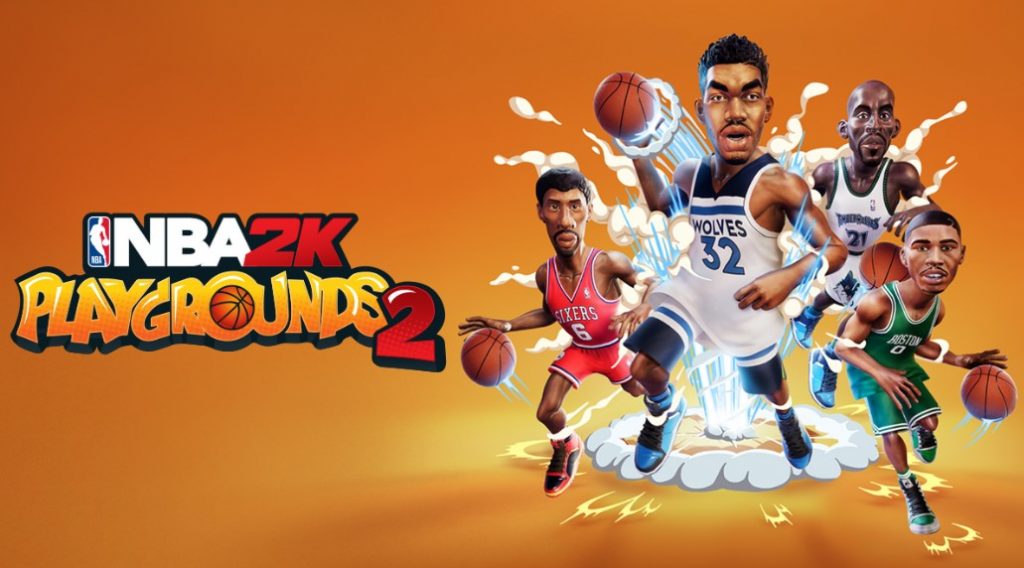 Playgrounds 2 is a solidly fun game at it’s core, bogged down by the crazy progression system and paywall that is seemingly forced unto you. It is still a choice, but it really doesn’t feel like it given how much time you need to spend to unlock these players. If you’ve got a few $ to spare, I would highly suggest unlocking all the players outright as it will provide you with a much more satisfying experience as you grind your way towards the other unlockables the game presents. Otherwise, prepare to spend upwards of 40 hours give or take, and that’s not even half of what you can unlock. I read the title of the game as Playground 2 but it might as well have been Playgrind 2.

*The game was reviewed on a PS4 Pro via a review code provided by the publisher.