The Jump Force roster just keeps on getting better! 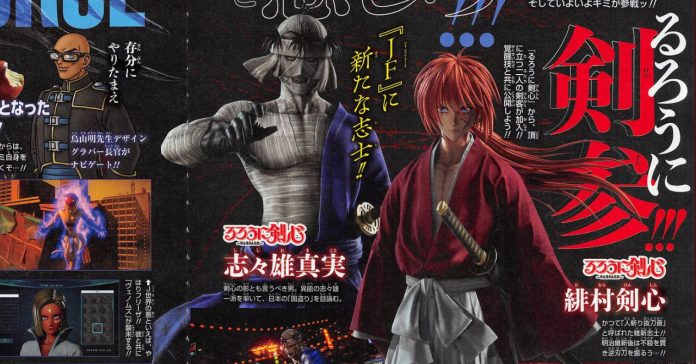 Are you excited for Jump Force? If you aren’t then you definitely should now! In the latest Weekly Shonen Jump issue, more Jump characters were revealed to join the Jump Force roster. The newly confirmed characters coming to the game include Rurouni Kenshin’s Kenshin Himura and Makoto Shishio, as well as Dragon Ball’s Cell and Piccolo.

With the addition of these four, the Jump Force roster now stands at 28 playable characters from 11 different Weekly Shonen Jump series. Aside from the 28 character roster, Death Note’s Ryuk and Light Yagami are also confirmed to be present in the game, but both characters are non-playable and will only take part in the game’s story mode.

With the four new character announcements, here is the current confirmed Jump Force roster (as of November 20, 2018):

Jump Force will be available on February 14, 2018 for the PS4 and Xbox One, with a PC release via Steam coming out on February 15. The game is also getting a Collector’s Edition, along with various pre-order bonuses.