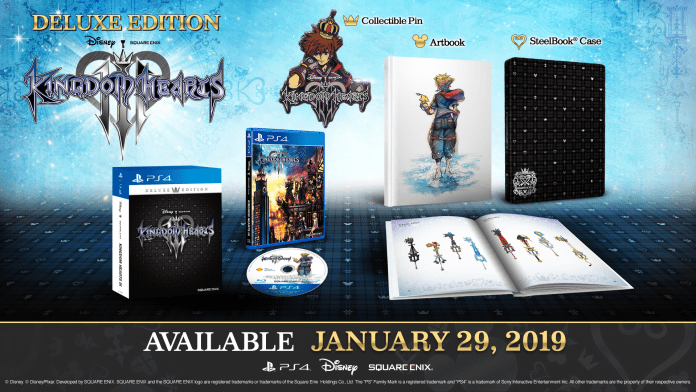 After what seemed like a lifetime, Kingdom Hearts 3 is finally hitting home consoles early next year and since we’ve tried it during E3 and our recent trip to PSX SEA 2018, consider us supremely hyped for this release. Today, the official release date and pricing for the Philippines have been revealed, find out after the jump!

Sony Interactive Entertainment Hong Kong Limited Singapore Branch (SIES) announced that the English version of Kingdom Hearts III, the latest installment in the Kingdom Hearts series developed by Square Enix, will be released in The Philippines on Tuesday, January 29, 2019!

You may choose between 2 different versions of the game which you can actually pre-order right now over at your favorite retailers like GameOne and Datablitz. The standard edition will set you back with an SRP of PHP 3,099 and PHP 4,399 for Deluxe Edition, which includes a collectible case, a pin, an artbook, and a slick looking steelbook case, perfect for collectors!

Apart from pre-orders, we would suggest filing a sick leave on that day as well, for… you know, some quality playing time. 😉

- Advertisement -
Previous articleUSD 1 Million is up for grabs with Rules of Survival’s Ca$h’n Shoot!
Next articleThe Nike PG 2.5 x PlayStation collab is official, and it comes in the classic PS grey colorway!