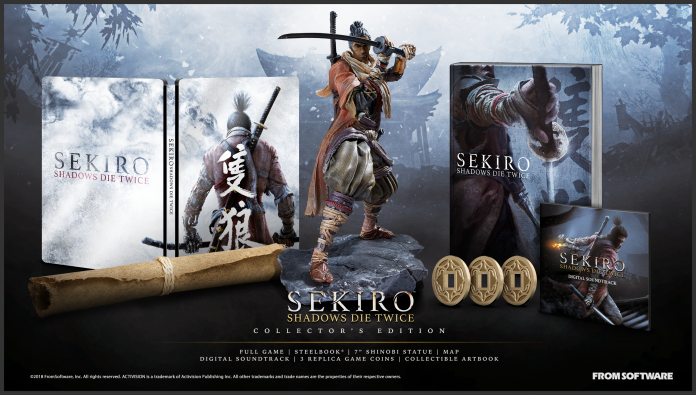 Good news for Asian fans of Sekiro as Sony recently announced that localized versions, including Simplified Chinese, Traditional Chinese, Japanese, Korean and Thai version of Sekiro: Shadows Die Twice will be released worldwide on 22 March 2019. Just a little over 4 months from now and we’ll be able to subject ourselves to hours of agonizing gameplay once again! What’s not to like?

Apart from the release date reveal, limited and collectors edition copies have been shown as well. The initial purchase bonus of the physical version of the standard edition and the early purchase bonus of the digital edition will both include digital art works featuring the game’s concept art and an Original Mini Soundtrack that includes in-game soundtrack. The physical edition will also come with a special package. 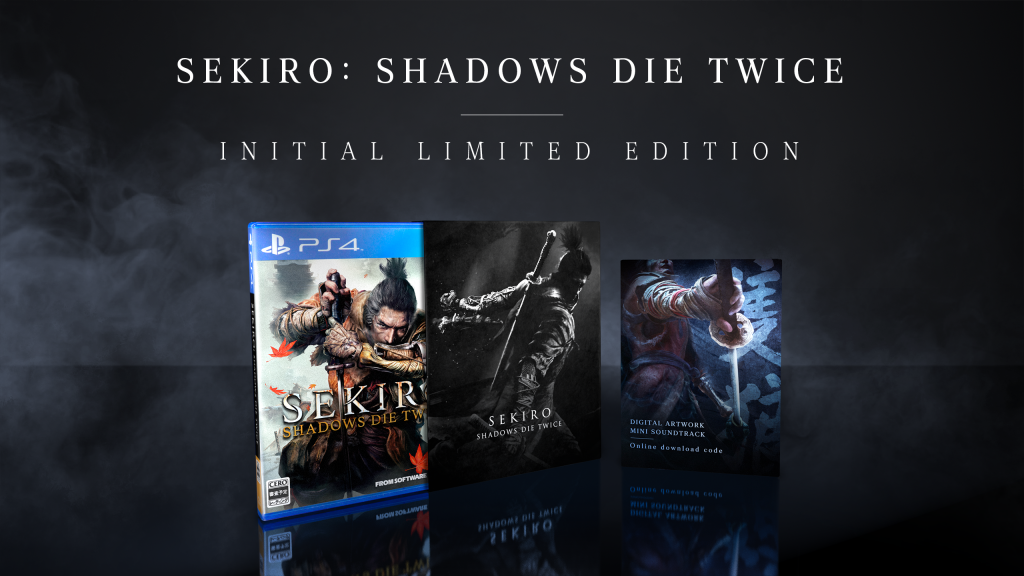 On the other hand, the limited collector’s edition, which will be available on the same date and will come with an 18cm statue, an art book, a map, a Steelbook, replica game coins, and the digital soundtrack. Peep the contents below! 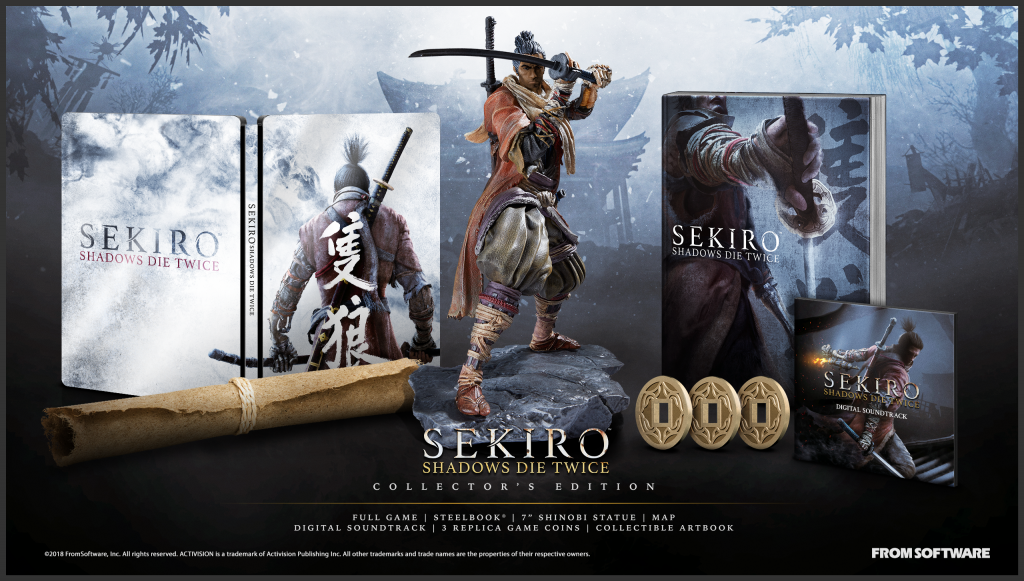 Standard version will cost 2,799php while the Collectors edition will set you back a cool 6,199php. Get hyped and watch out for pre-orders from your favorite retailers of this awesome title from Activision and FromSoftware!

- Advertisement -
Previous article
Mobile Photography Tips and Tricks we learned during the ZenFone PixelMaster Boracay Trip
Next article
Good old arcade fun in a shiny new package, if you can handle the grind | NBA Playgrounds 2 Review