All of the lights~ 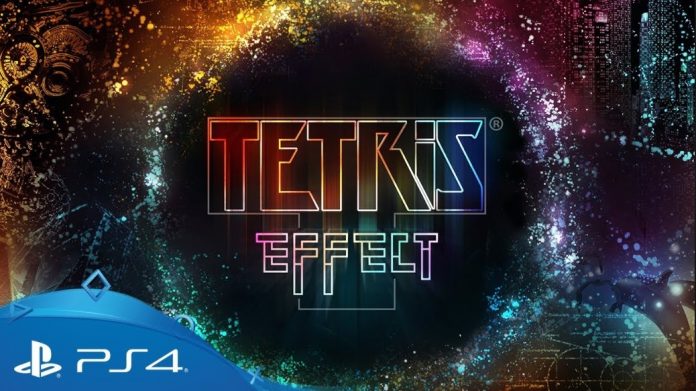 Tetris is a game that needs to no further introduction. It’s one of the most well known puzzle games in the world and if there’s any game that can rival even the iconic Super Mario series, it’s Tetris. Now for something that is simple but addicting and doesn’t need fancy graphics to be fun, color me (pun intended) surprised to find out a next generation Tetris was being released for the Playstation 4. How would that look like and what exactly is going to be “new” about it? Here’s our review for Tetris Effect for the Playstation 4!

For the uninitiated, Tetris is a simple block stacking game. Differently shaped blocks would fall gradually in a playing field and you score by forming lines that would eventually disappear, giving you more room to work with. How you stack your blocks is completely up to you and you’re free to rotate them in any way. It’s this simple but fun and addicting gameplay that has captivated many gamers over the years. The tried and tested formula has endured decades and while there is only so much you can do with Tetris, it really is something that almost anyone can pick up but not everyone can master.

Tetris Effect has a Journey Mode, which is sort of like a campaign, surprisingly. You advance through stages reaching goals, like getting 38 lines for example, and the challenge increases as you go. The other is Effect Mode where, as the game puts it, “depending on your mood”, you can choose to play using many different settings and conditions. There’s really not a lot of modes to choose from since Tetris is such a simple game in that sense and so we ask, what is it about Tetris Effect that would make me want to spend my hard earned cash on it?

Well it’s in the name of the game itself: The Effects. Apart from the base Tetris experience, you’ll be treated to a LOT of flashy effects on the screen, be it swimming dolphins or little snowflakes or a herd of camels in the desert. The themes would range from relaxing and soothing to flashy and frenetic, each with their own visual style that it’s really hard not to get distracted by the beautiful visuals while playing. It’s really just a blast of colors and neon lights and explosions that bring life to a game like Tetris and seeing everything come alive in VR is something you’ll really have to experience to believe. Do note though that while PSVR play is highly recommended, you may choose to dive into the adventure even without a VR headset. Both experiences are equally as entertaining but for full immersion, PSVR is the way to go.

You’ll also immediately notice how everything is brought together by fantastic sound direction. Bits of sound would accompany each action you make, be it rotating your piece or dropping a block, and what’s surprising is that the whole session has a persistent rhythm to it. I went out of my way and tried messing up on purpose to see if the music would go out of pace but to my surprise, the music played on without so much a hitch in the rhythm. I found myself sometimes dropping the blocks in time with the music just to further get into the flow of things and really immerse yourself in the experience.

It’s touches like these that reinforce the fact that this a Tetris game for a new(er) and young(er) generation. Most of the background effects feels like you’ve got a rave party going on and while that’s not such a bad thing, it can also your biggest challenge. Depending on the level, your blocks will take on certain colors and patterns that actually make it harder to go about the game, which isn’t good for those tense moments where blocks are dropping at an accelerated speed. The first level will give you a bit of a taste but the second level will be chock full of white lines that gets really distracting. Don’t get me wrong, everything about the game looks amazing, it’s really just that the effects also play a big role in putting a challenge to the game, an ingenious idea if I may say so myself. If anything, if you’re averse to various light effects that could cause seizures, I’d suggest staying away from this game.

Lastly, one other thing that makes Tetris shine that much more is the fact that it’s the perfect chill out game following the barrage of Triple A releases such as Red Dead Redemption 2, Spider-Man, Assassin’s Creed Odyssey, Black Ops 4, etc. Sometimes, all you really want to do is to spend 30 minutes to an hour on a non stressful game that is very much pleasing to the senses and Tetris Effect is here to fill that void for you. 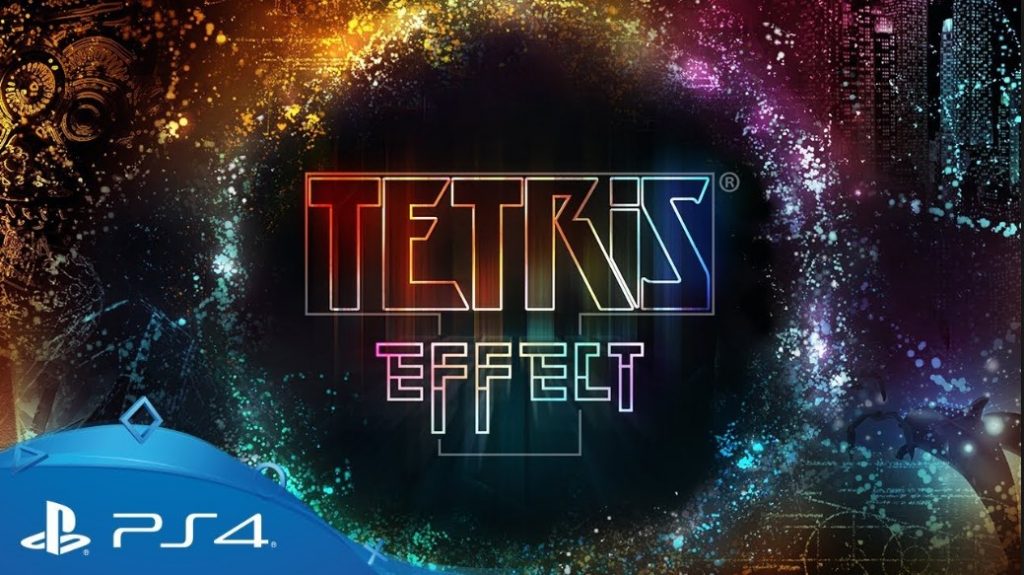 I didn’t expect to love Tetris Effect as much as I did, which explains the phenomenal score. Tetris Effect simply blew me away because of how much a game can be improved just by visual and aural improvements without messing around with the base formula. The soundtrack is really catchy and while the backgrounds can be a bit distracting at times, it all adds up into an aesthetically pleasing package that is worth your time and money.

*Tetris Effect was reviewed on a standard PS4 through a review code provided by the Publisher.