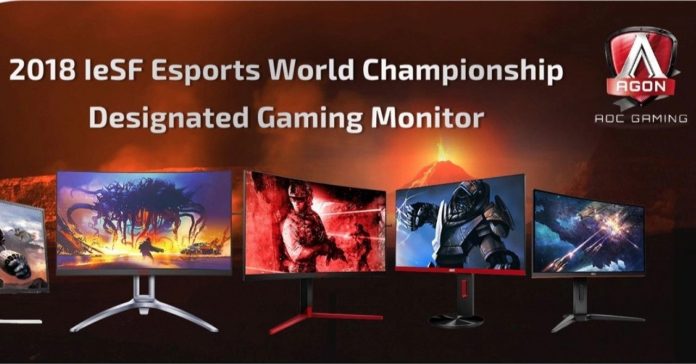 The IeSF Esports World Championship is an annual esports tournament that takes place in Taiwan, and it’s one of the biggest tourneys of its kind in the region. Of course as a major esports event, IeSF requires the best equipment, and that’s where AOC comes in!

The monitor used was the new G2590PX – a 24.5 inch, Full HD display that was first unveiled at the event itself. The said monitor was chosen as the monitor of choice given its features such as a 144Hz refresh rate, 1ms response time, and AMD FreeSync, making for a fast and smooth esports gaming experience.

Now as for the tourney itself, the IeSF Esports World Championship 2018 featured teams from 37 different nations competing for the lion’s share of the USD $54,000 prize pool. Players faced off in three title bouts: League of Legends, Tekken 7, and Counter-Strike: Global Offensive. At the end of the tourney, it was South Korea took the top prize for the eighth time while Finland was named runner-up for the first time.

Here are the scores for the top 10 teams of the event:

IeSF’s choice of AOC’s latest monitor is a major stamp of approval for the G2590PX. This wasn’t the only esports venture by the brand this year though, as AOC was also an official sponsor of July’s UK Esports Awards, as well as the official monitor partner for the WESG Oceania 2018.

Interested in getting your own AOC monitor for your gaming needs? The new G2590PX and other AOC Monitors are now available in partner retail store branches nationwide: PC Express, PC Worx, Octagon, Thinkingtools, Computerworld, ThinkPC, Vivocom, and PC Chain.