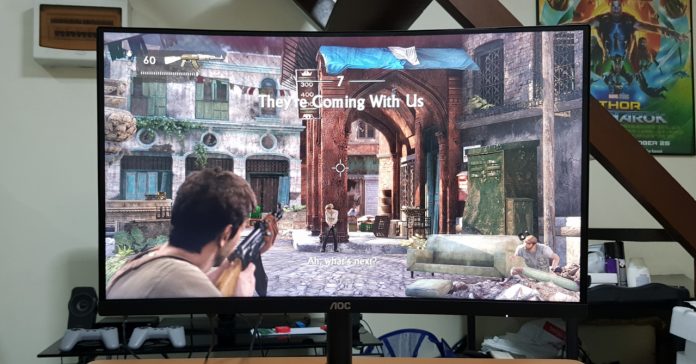 If you’re in the market for a new monitor, chances are you’re probably at a loss on what to pick with all the monitor models out there; it doesn’t help that most monitors have confusing names such as E16-number-number-letter-letter-whatever. This monitor that we’re reviewing though… has an equally hard-to-remember name and it’s the AOC C24B1H.

While the name doesn’t exactly roll off the tongue well, it is very much worth taking a look into. The C24B1H is a 23.6-inch curved Full-HD LCD monitor that has a rather approachable price tag of under PHP 9k. While it’s not part of AOC’s AGON gaming line, it does look promising for gaming, given that curved monitors should give gamers a more immersive experience. 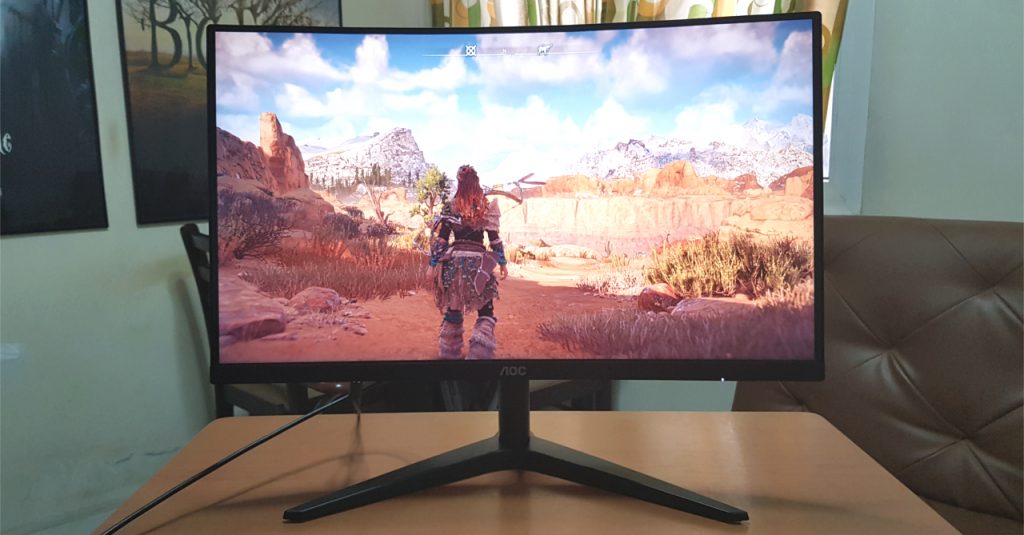 Does it actually fit the bill for gaming though? And does it hold up for binge-watching movies/series, as well as general use? We find out in our review of the AOC C24B1H! 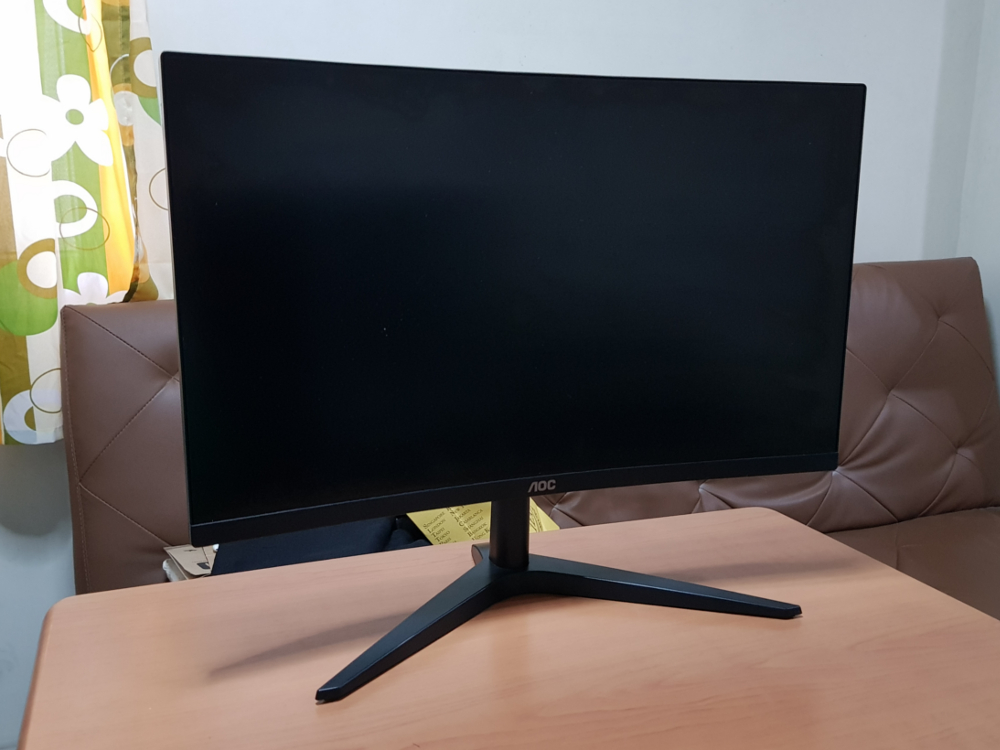 Even though it’s a curved monitor, the AOC C24B1H doesn’t really stand out much in the looks department. Unlike more loudly designed monitors (specifically those made by gaming brands), the C24B1H looks just like any other LCD display out there; it’d look right at home in a school or an office actually. 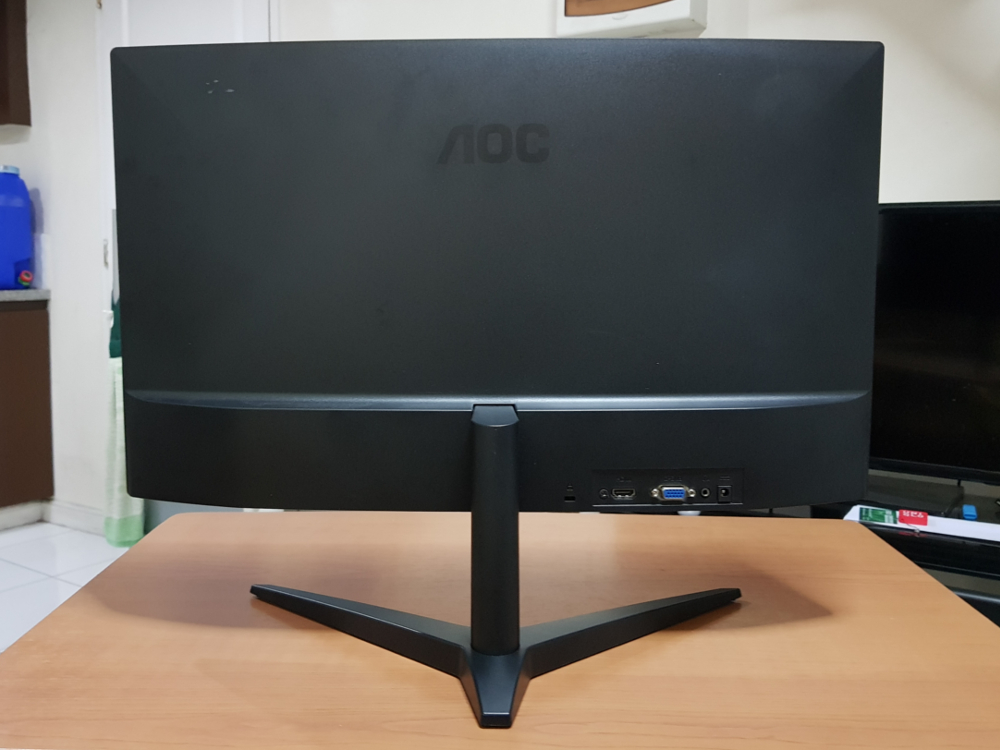 That’s not to say it’s badly-designed though, it’s just that it won’t really fit the bill if you’re looking for a loud “gamer” themed monitor to fit your rig. Though if your setup is more on the minimalist side, the C24B1H should be a good fit. 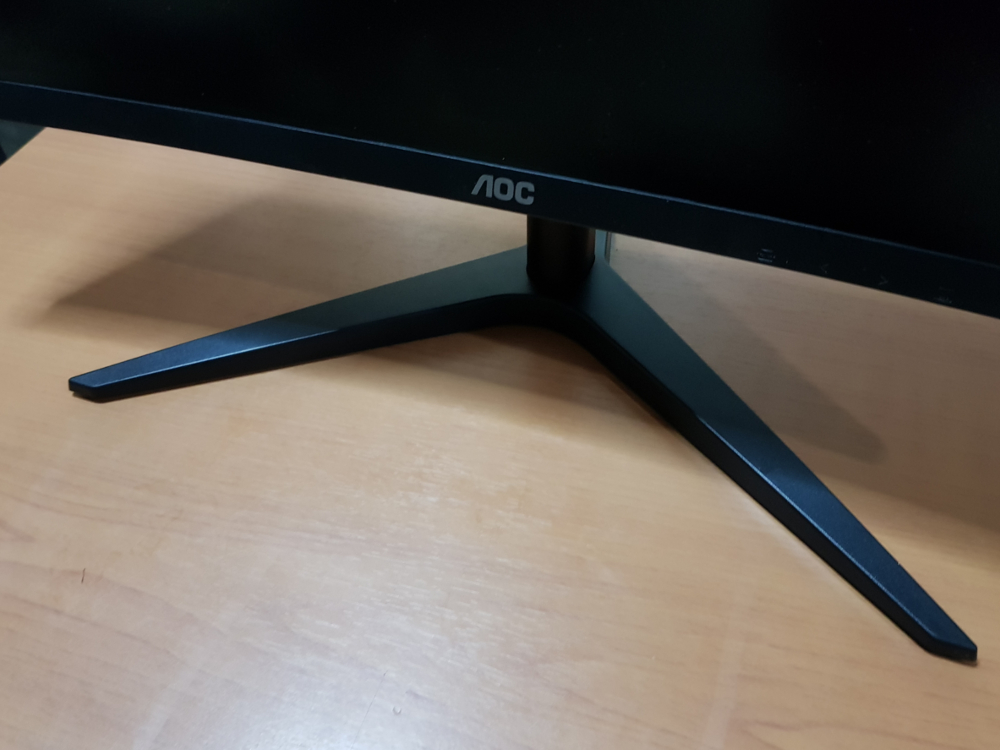 One good thing about the monitor is that its stand seems rather sturdy, meaning you won’t have to worry about it breaking anytime soon. It’s only real drawback is that it’s height can’t be adjusted, nor can it be tilted to the side; it can only be titled up or down. 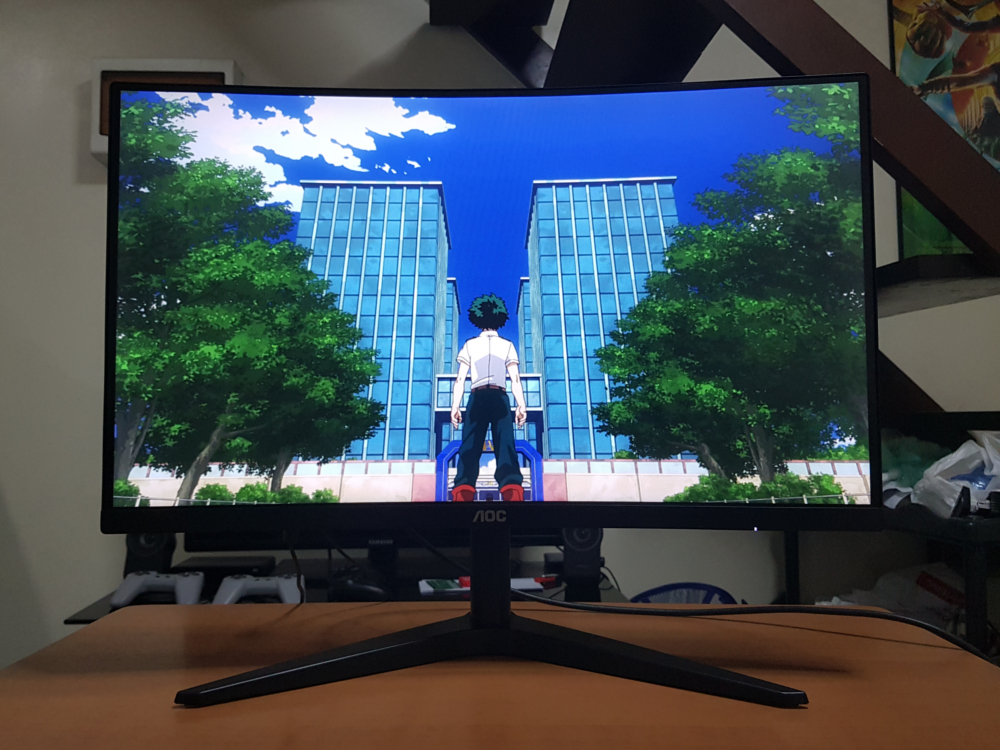 The C24B1H might be on the plain-side design-wise, that’s no longer the case once you boot it up. Thanks to the monitor’s near border-less design and gentle curve at the sides, the C24B1H is a treat for watching movies and TV series/anime. The display’s output has good colors and a great contrast ratio (it’s a VA panel after all), not to mention that it gets plenty bright. 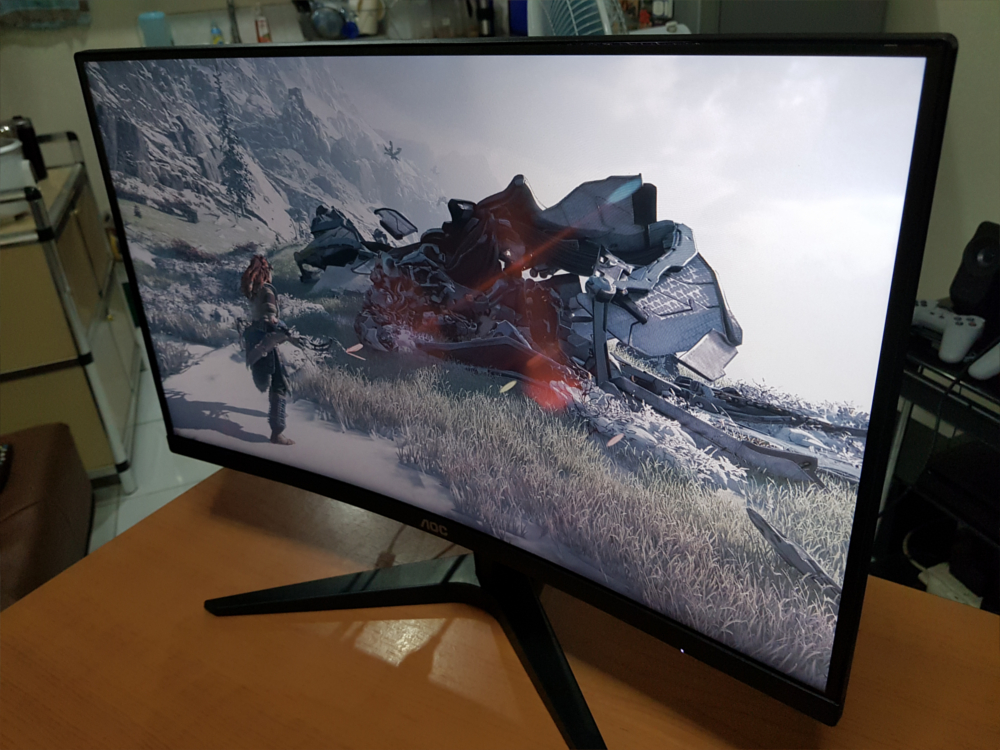 Another great thing about the C24B1H is that it has wide viewing angles, this means the display can be viewed from the sides without too much loss in quality. Not that I recommend watching movies from the side though; as a curved monitor that’s on the small side, the C24B1H works best when viewed front-and-center and positioned at arm’s length.

Another quick tip for the monitor is to go the settings and change the color temperature to normal as it’s set by default to warm. 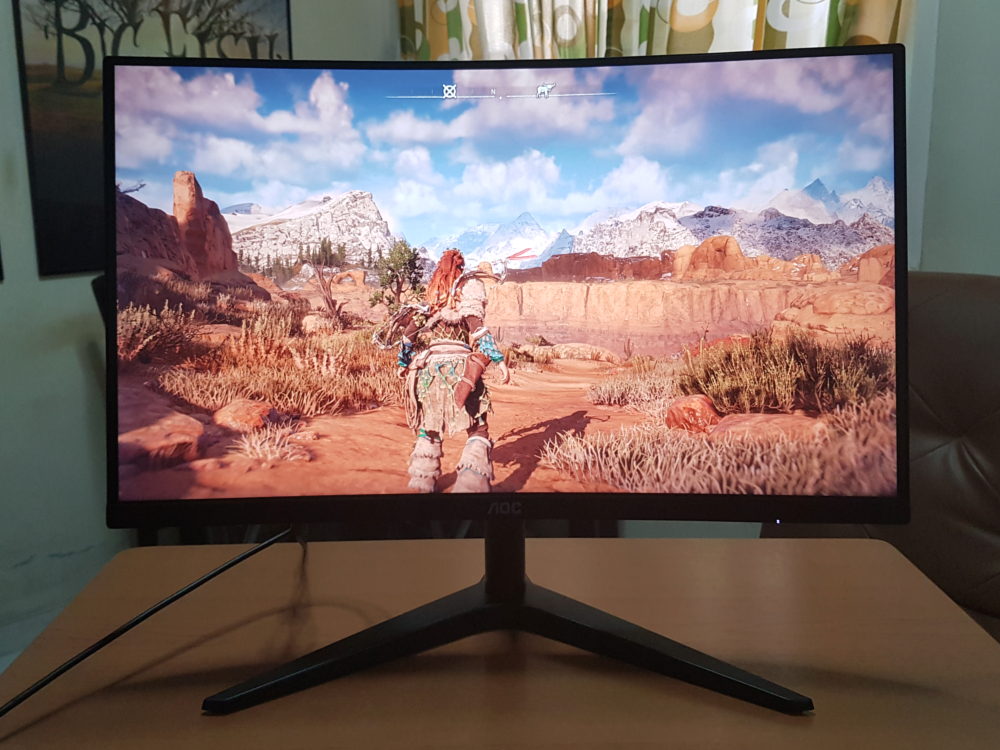 Since the C24B1H worked well for movies/TV shows, I expected it to fare well with story-driven titles — I was right! AOC’s curved monitor did well in singleplayer PS4 titles with great graphics such as Horizon Zero Dawn, God of War, and Spider-Man. The C24B1H managed to do justice to most of the triple-A titles I tried without some of the problem plaguing VA panels such as ghosting. 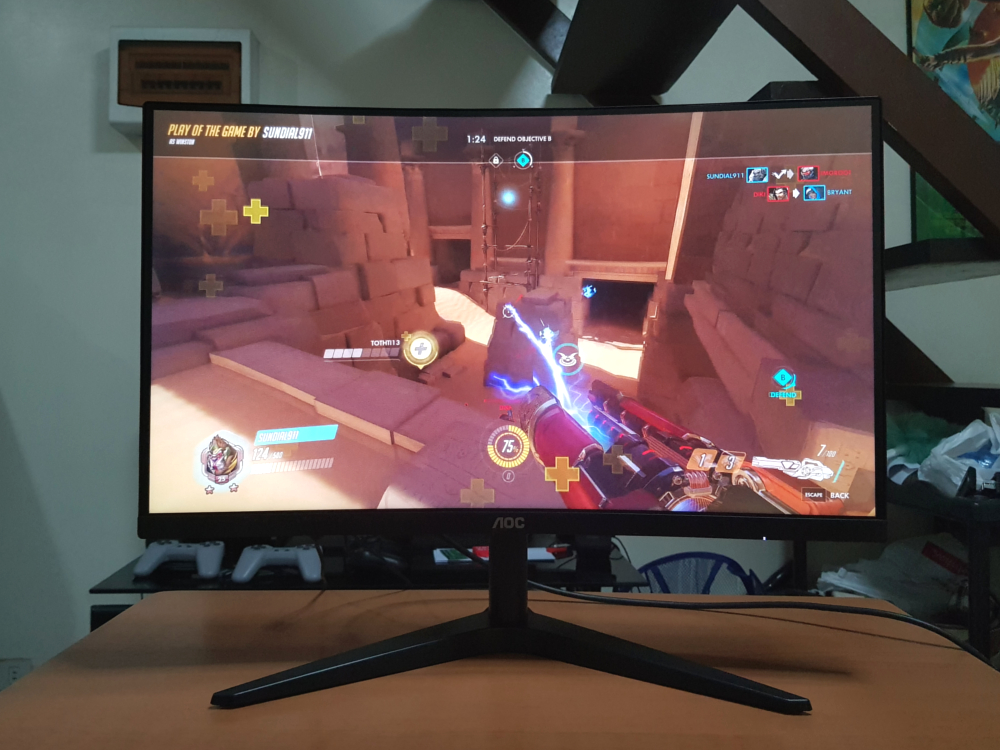 Now for faster-paced esports titles such as Overwatch, CS:GO, and Dota 2, I found the C24B1H to perform decently well. One concern though is that the monitor only has a 4ms response time, which is a bit slow when compared to other monitors at its price range with 1 or 2ms response times. Personally, I can’t really tell apart a 4ms monitor to a 1ms display, but if you’re one of those who do (or if you’re plenty serious about esports), the C24B1H might not be the best option. 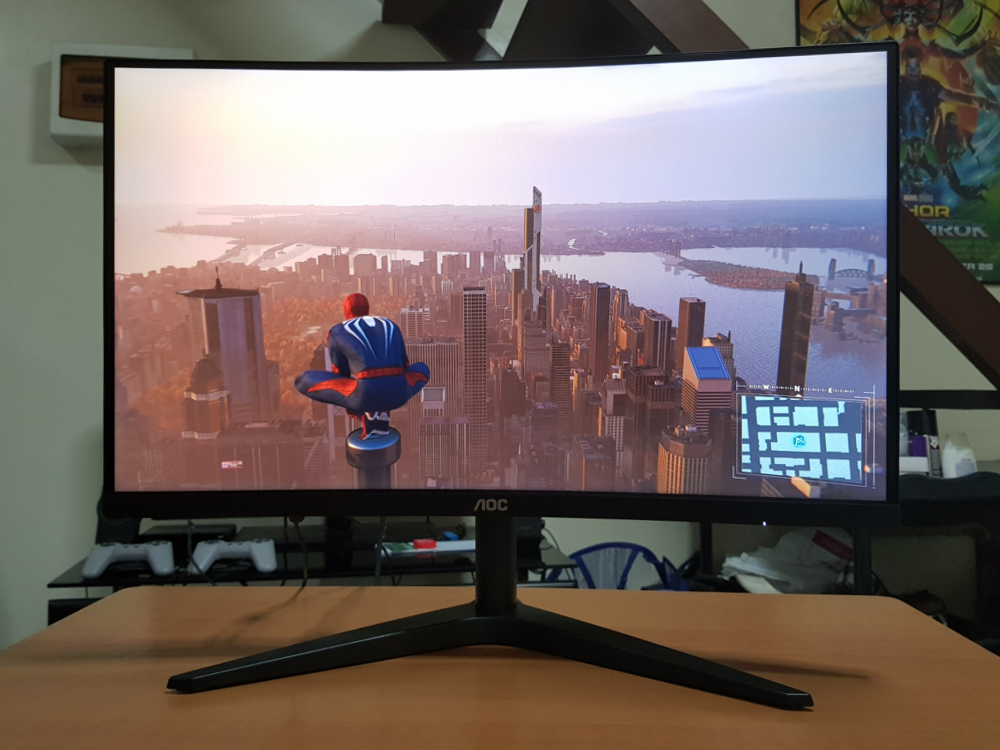 Because of the 4ms response time, I wouldn’t put the C24B1H at the top of my list for esports monitor recommendations. Though I would recommend it for console gamers and for PC gamers who primarily play singleplayer games. With less competitive singleplayer titles, the C24B1H’s 4ms response time won’t be a problem, plus they play on the monitor’s strengths such as its great picture quality. 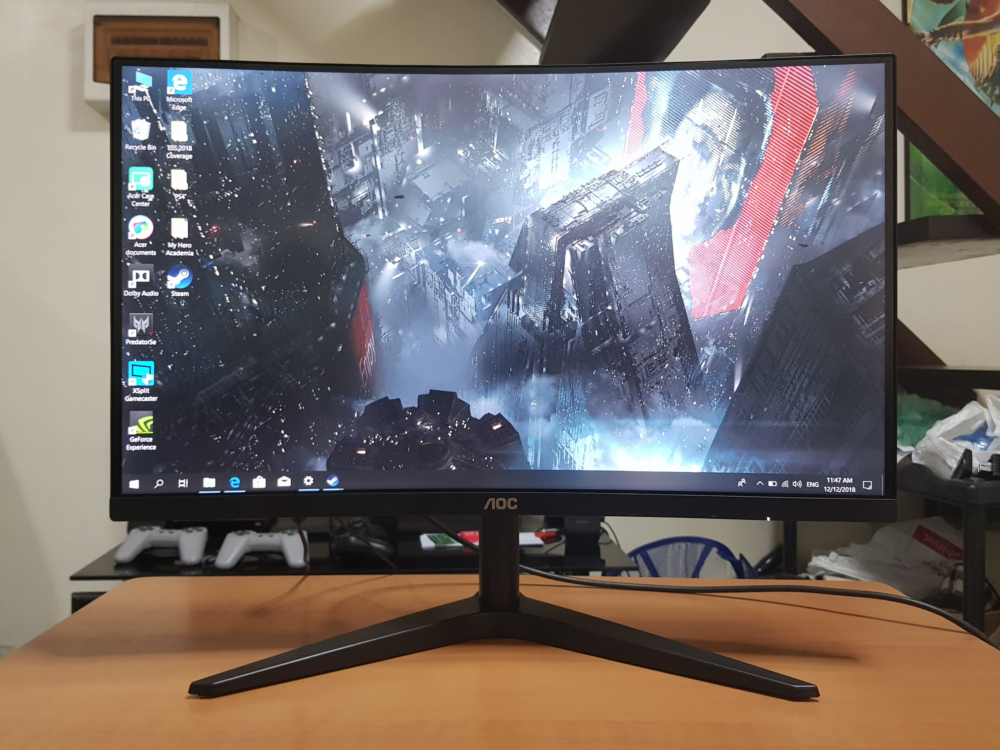 Now for day-to-day use, the AOC C24B1H is a great choice. I encountered no real problems with the monitor in my time with it, plus its easy to set up and has a settings menu that’s not too difficult to navigate. It might be on the small side if you’re looking to multitask, but most larger monitors are much more expensive than this one. 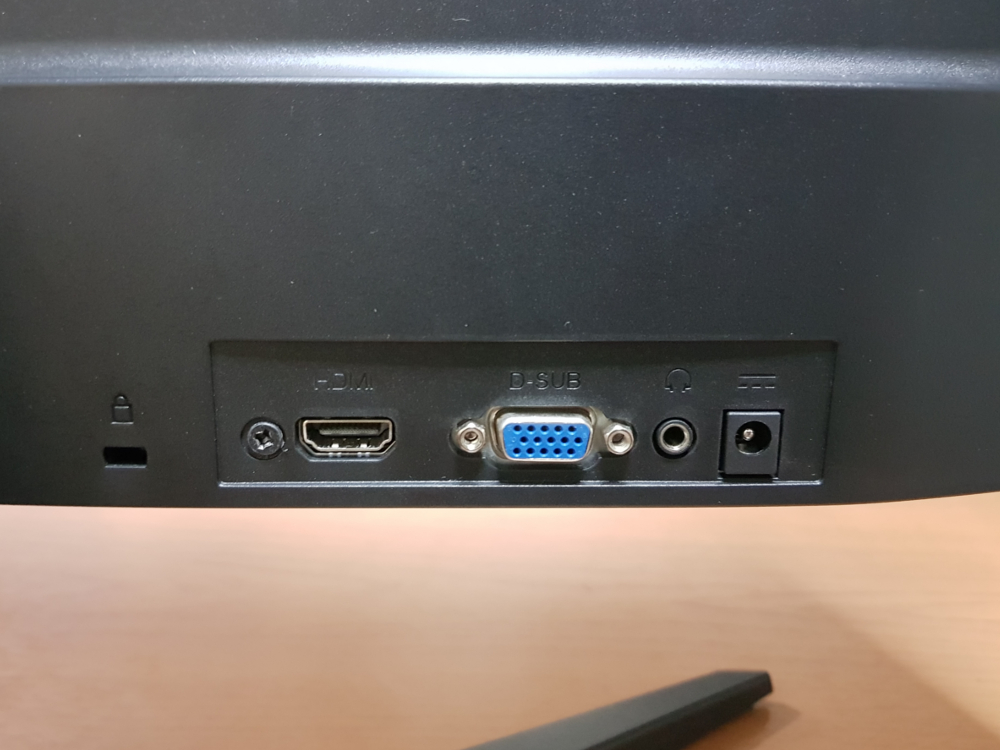 The C24B1H has one major weakenss though, and it’s the barebones I/O. The monitor only has two output options — one HDMI port and one VGA port; other ports include a headphone jack, the power port, and a lock port. While I didn’t expect a wealth of I/O options (given that this is more of a budget monitor), it would’ve been better to at least have another HDMI port. With only one HDMI port, it’s a bit of a hassle to use this display both as your main PC monitor and your console display; unless of course you’re PC uses a low-end GPU with a VGA output. 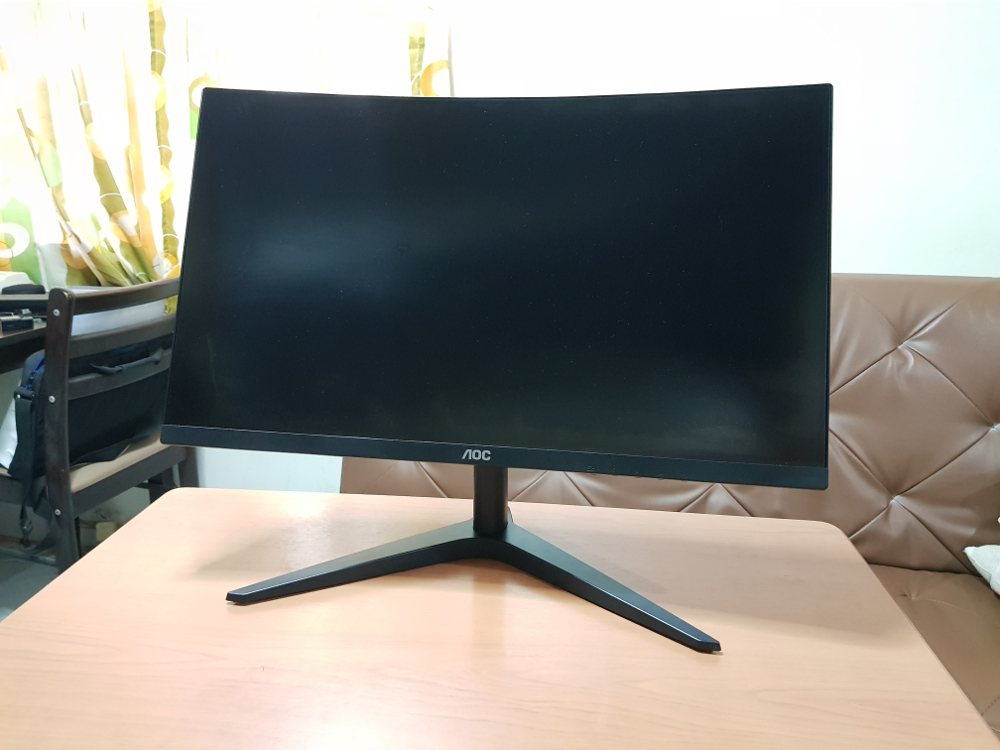 Other features that are missing in this monitor are speakers and a wall mount. Sure, I won’t really recommend using a monitor’s onboard speaker, but it would’ve been a good option to have in case your speakers/headphones get busted. A wall mount would’ve been another good addition, especially for those with a limited desk space. Though overall, these features aren’t as important as having more I/O options. 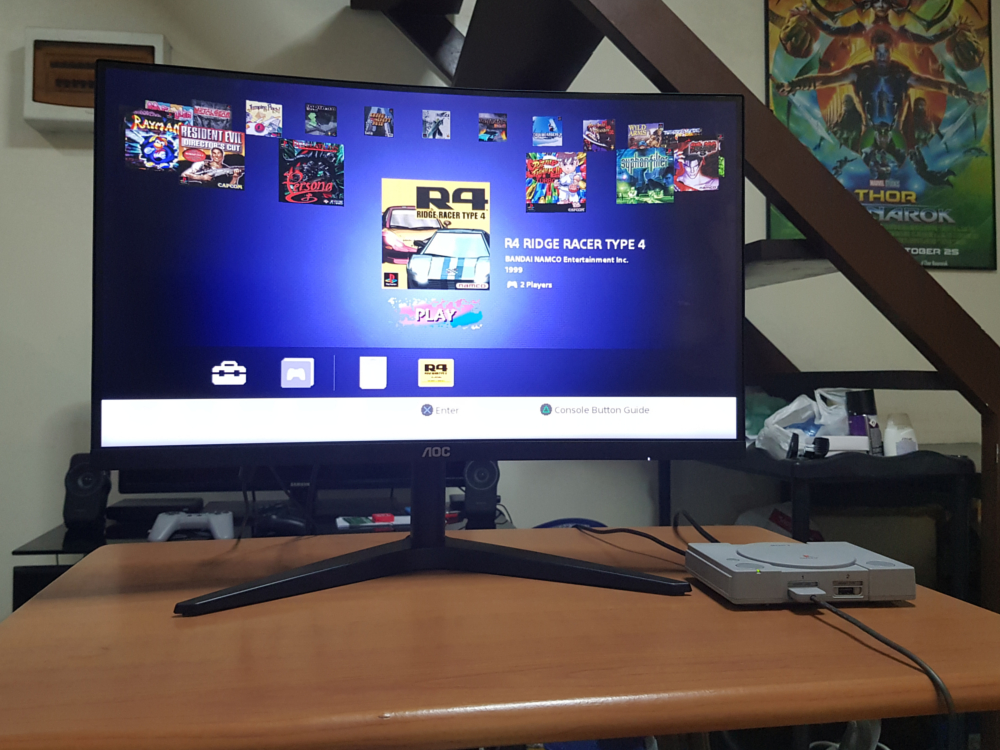 Thanks to its near bezel-less design and curved edges, the AOC C24B1H is a great pick for binge-watching movies/tv shows, as well as for playing triple-A singleplayer games with a focus on graphics over fast-paced gameplay (thanks to the VA panel). The monitor’s display quality is great overall, with good colors, a high contrast ratio, and wide viewing angles. Just remember to place it front-and-center for an optimal viewing experience (and to get the most out of its curved edges).

Because it uses a VA panel, the tradeoff is that its response time is not the fastest; for more serious esports gamers, this is not the best monitor to choose. It also lacks connectivity options as it only has one HDMI port and one VGA port. The C24B1H also lacks onboard speakers and a wall-mount option. 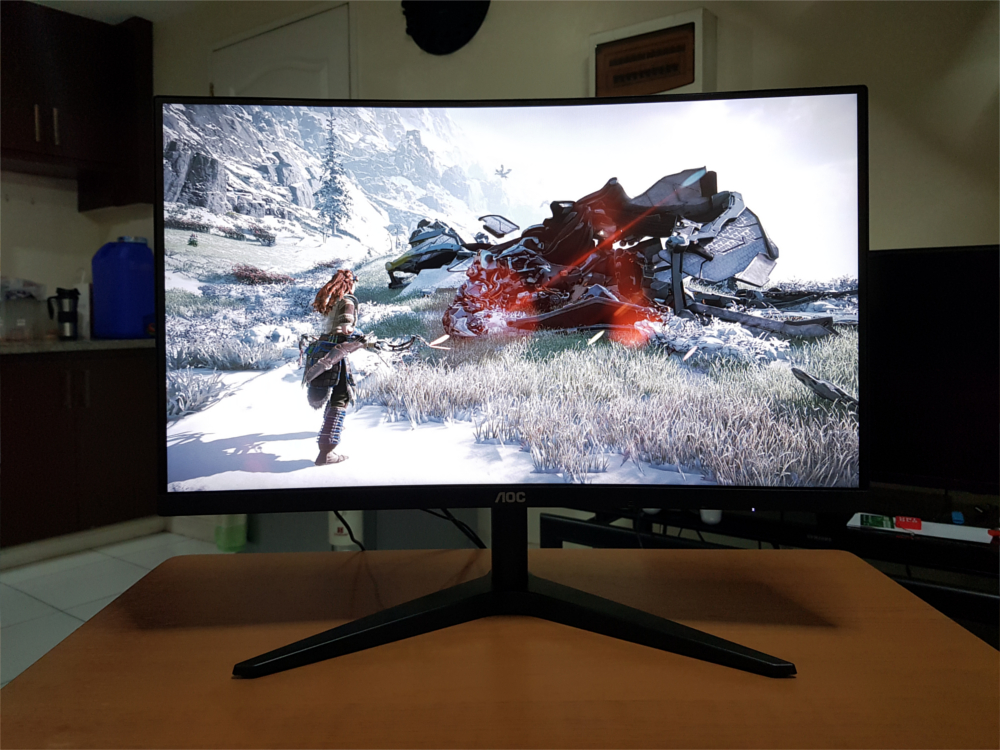 Unless you’re primarily a player of esports titles, the AOC C24B1H is a great option. If you do need a monitor with faster response times, I recommend taking a look at TN panels, but be ready to sacrifice viewing angles and punchy colors.

At its price of PHP 8,500, it’s easy to overlook the lack of I/O connectivity, especially as the C24B1H is one of the few wallet-friendly curved monitors out right now. So if you’re looking for a monitor for a great singleplayer gaming and/or binge-watching experience, check out the AOC C24B1H.

Previous articleNewest God Eater 3 trailer shows the heart within the beast
Next articleThe MU MMORPG hype is back! Pre-Registration begins for MU ORIGIN 2!

Geek Lifestyle Review: AOC C24B1H 23.6-inch Curved MonitorThe AOC C24B1H is a great monitor for users who primarily play singleplayer console/PC games and/or watch movies/TV shows. While it's perfectly fine for most games, it's slightly low response time of 4ms means its not an optimal choice for serious esports gamers.