Killer display, nice cameras, but performance could be better. 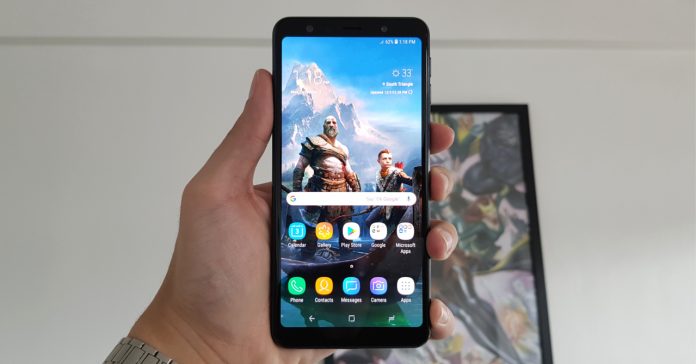 When the brand Samsung is mentioned, most of you would probably think of the flagship S and Note lines, and for good reason. Samsung’s top-end models are drool-worthy devices, both in the looks department and in camera performance. Flagships aren’t the only phones in Samsung’s lineup though, as the brand has quite a stable of midrange devices.

Among them is the Galaxy A7 (2018), a noteworthy midrange phone as it has a triple-camera setup, one of the few (if only) at the midrange. Complementing the cameras is a 6-inch Super AMOLED display, another feature that you’ll be hard-pressed to find in sub 20k smartphones. 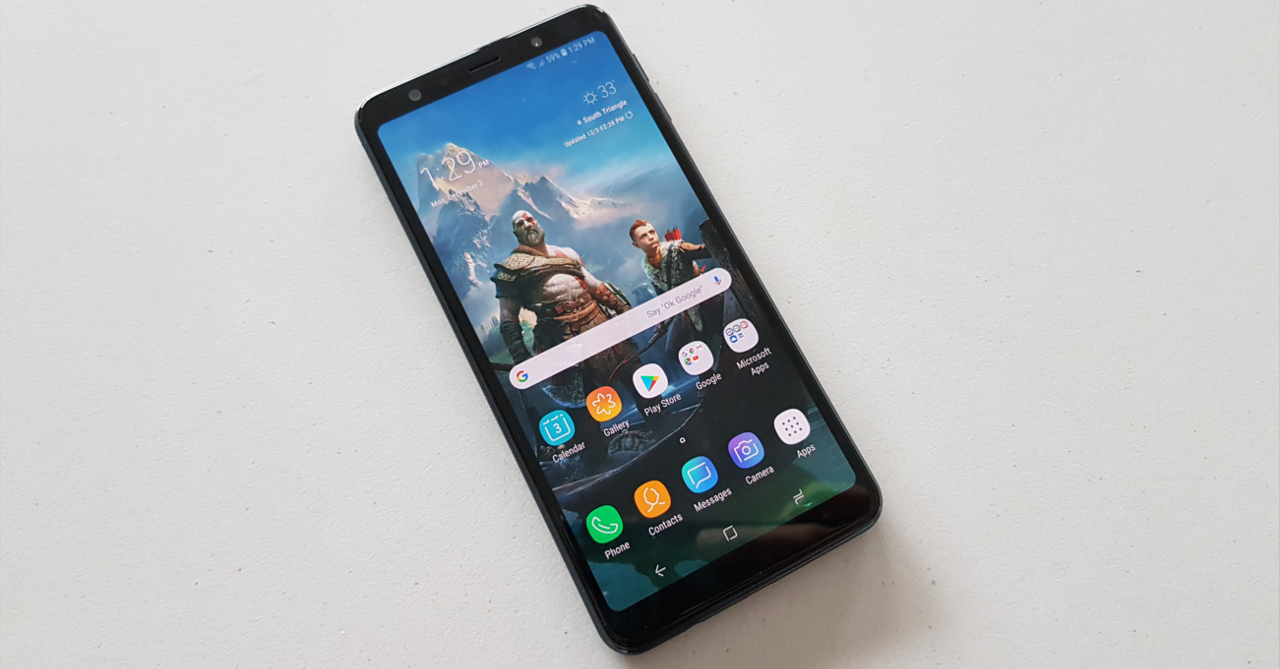 On paper, the Galaxy A7 (2018) looks like a very strong midrange contender. But does it hold up in actual use? Find out here in our review! 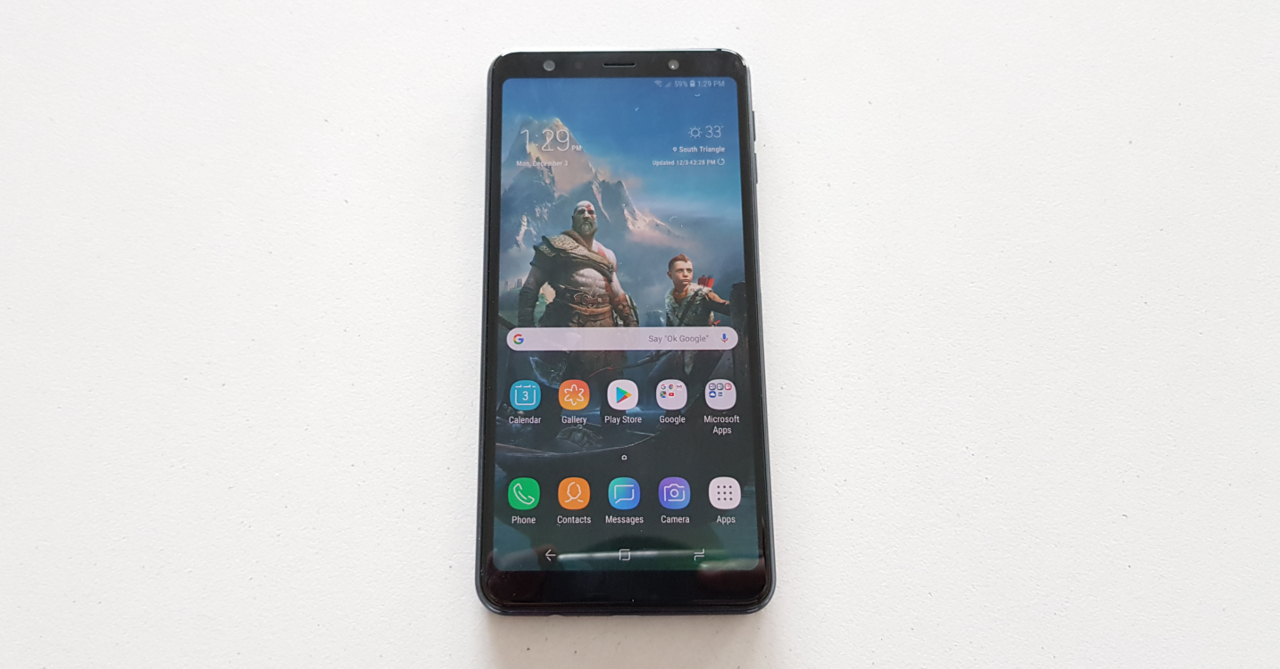 The first thing that pops out with the A7 is that it has no notch. Since the past year, almost all of the latest smartphones had a notch up top (you can thank Apple for that trend), so it’s refreshing to see a new phone without the notch. Even though the A7 might not be the most bezel-less smartphone out there, it’s still lovely look at from the front thanks to its symmetrical design. 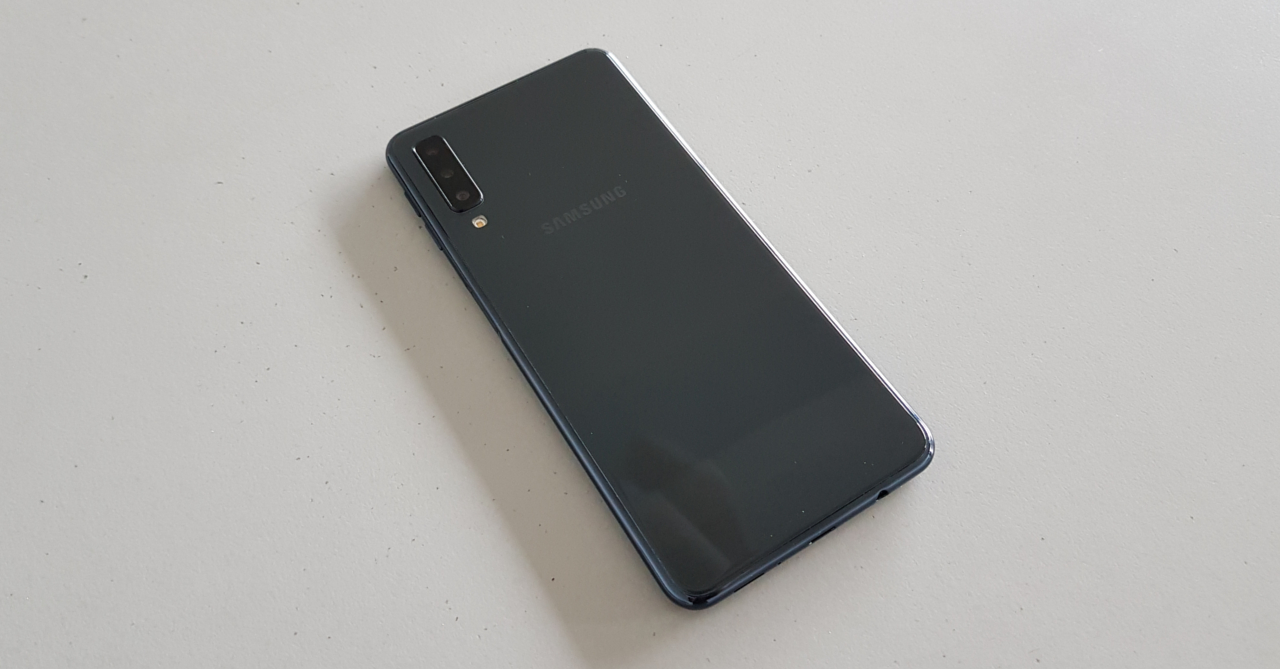 Now from the back, the A7 may seem a bit too simple, but the 2.5D rear glass back is elegant. It’s not as loudly designed as other smartphones out right now, but it’s still a looker in its own way. The only bad thing about it is that the phone’s sides sort of feels plastic-y. 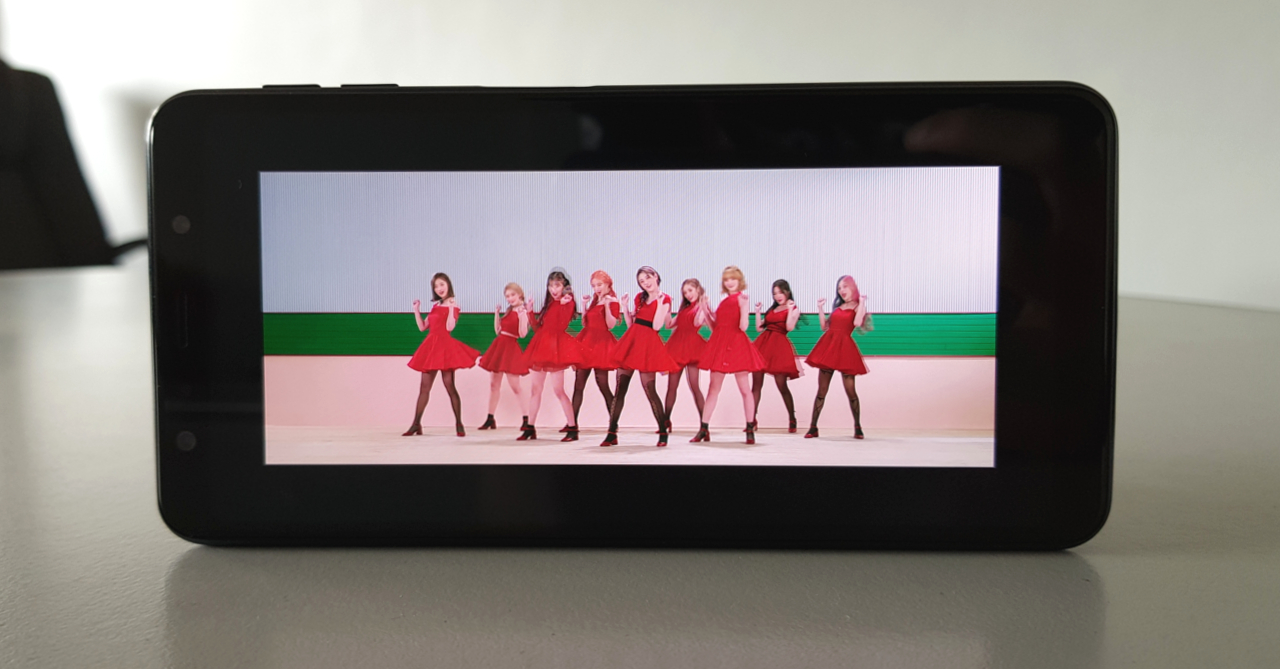 Watching videos is where the Galaxy A7 (2018) truly shines thanks to its 6-inch Full HD+ display with an 18.5:9 aspect ratio. As one of the few midrange smartphones sporting an AMOLED display, the A7 produces sharp images and vivid colors, perfect for binge-watching! It easily beats out most of its midrange competitors display-wise, and it can even trade blows with much more expensive smartphones in that regard.

Another great thing about the display is that it gets plenty bright. Even in bright outdoor conditions, the A7’s display has high contrast, especially when compared to typical IPS panels of other phones.

As for the A7’s speakers, it’s decent enough, but we recommend you use headphones if you’re gonna watch a longer show or a movie.

While the phone is great for movie marathons and anime binge-sessions, it’s just fine for gaming. Sure, you can still play your typical games such as PUBG Mobile, but you have to turn the settings down to medium for the performance to be smooth. On its own, the A7 (2018) has decent gaming performance, but it does pale in comparison to its competitors, some of which offer flagship-level processors and GPUs. 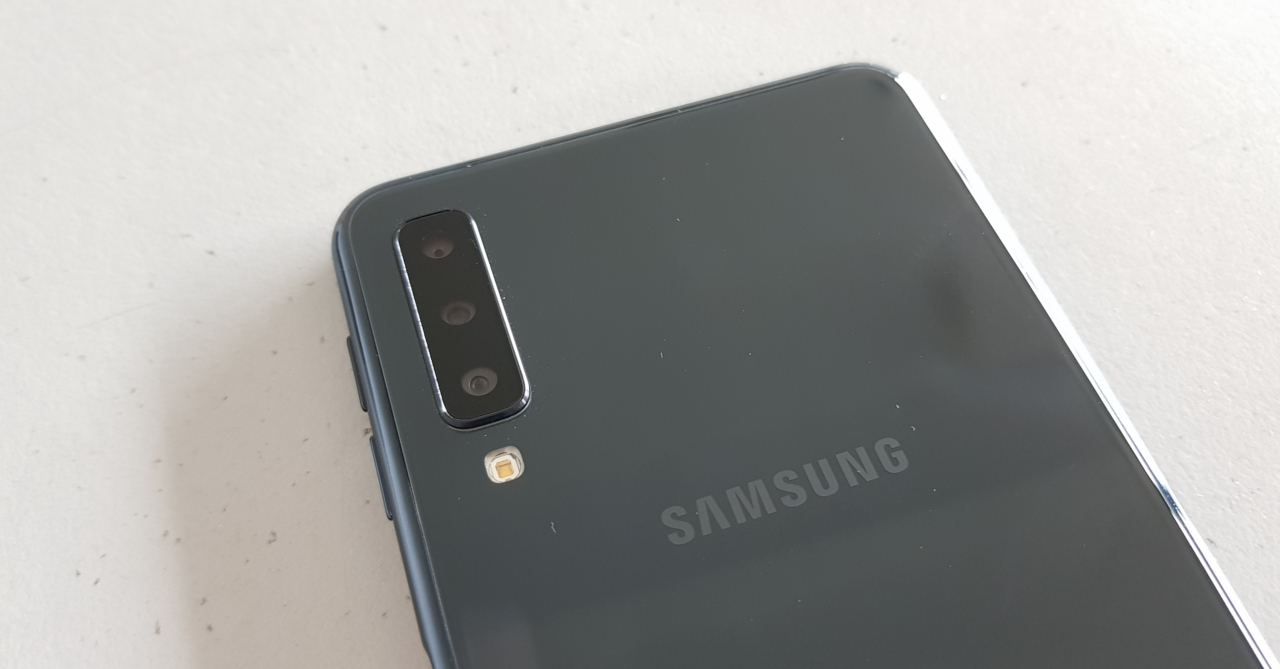 As one of the few triple-camera smartphones out there, we were excited to try out the Galaxy A7 for a quick photo-op, especially because of its ultra-wide camera. After testing out the cameras, we found that while it’s not leagues ahead of its midrange competitors, it produces good quality shots in most situations.

The main shooter in the A7’s triple-cam setup is the 24-megapixel f/1.7 camera, and it produces excellent images in well-lit conditions. Indoors, the performance is also rather good, with images coming out sharp even with standard room lighting. Low-light performance isn’t anything spectacular though, with night shots lacking in detail. When compared to other midrange phones though, the A7’s nighttime performance is rather decent.

Aside from the main 24 MP shooter, the A7 has an 8-megapixel ultra-wide camera, another feature that’ not widely seen in midrange smartphones. Thanks to this, users of the A7 can capture wide-angle images, though be prepared for a noticeable “fish-eye” effect.

The distorted sides aren’t the only thing concerning though, as the shots we took with the ultra-wide camera had a black vignette-like effect at the upper right corner. We believe this is a defect with our unit; still some reason to dock some points off the score though.

The third and final camera in the A7’s setup is a 5 MP depth sensor. For portrait shots, the A7 performed rather well; not as good as flagship smartphones mind you (given the fuzzy edges in the portrait subjects), but it outperforms a couple of midrange phones for portrait photography.

Finally, the A7 (2018) is equipped with a 24-megapixel front camera. Samsung usually doesn’t brand their smartphones as primarily selfie shooters, but the A7’s front camera is impressive! Selfies taken with the phone are sharp and detailed even indoors, provided of course you find the selfie cam’s sweet spot. 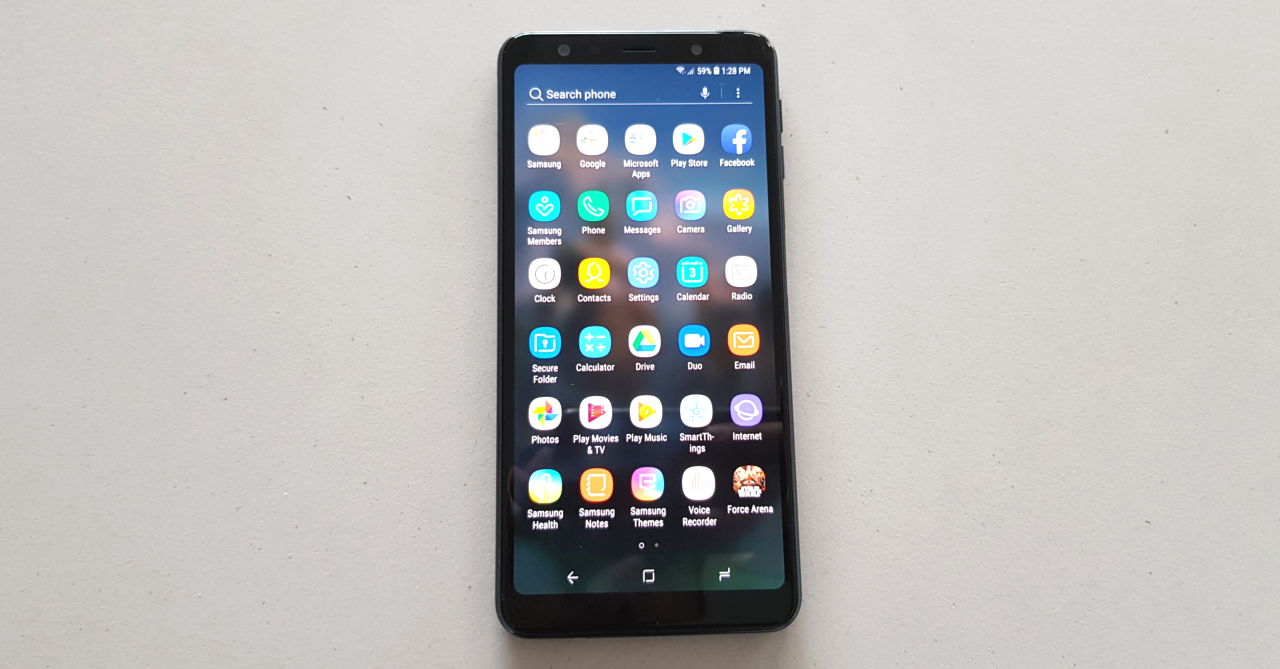 Equipped with Samsung’s in-house Exynos 7885, we expected the phone to perform well for day-to-day tasks, and it did so for the most part. We had no trouble running most of our social media and email apps. An issue though is that the A7 sometimes stutters on the menu screen; nothing too horrible, but it’s a bit disappointing given how snappy most other midrange smarpthones are. 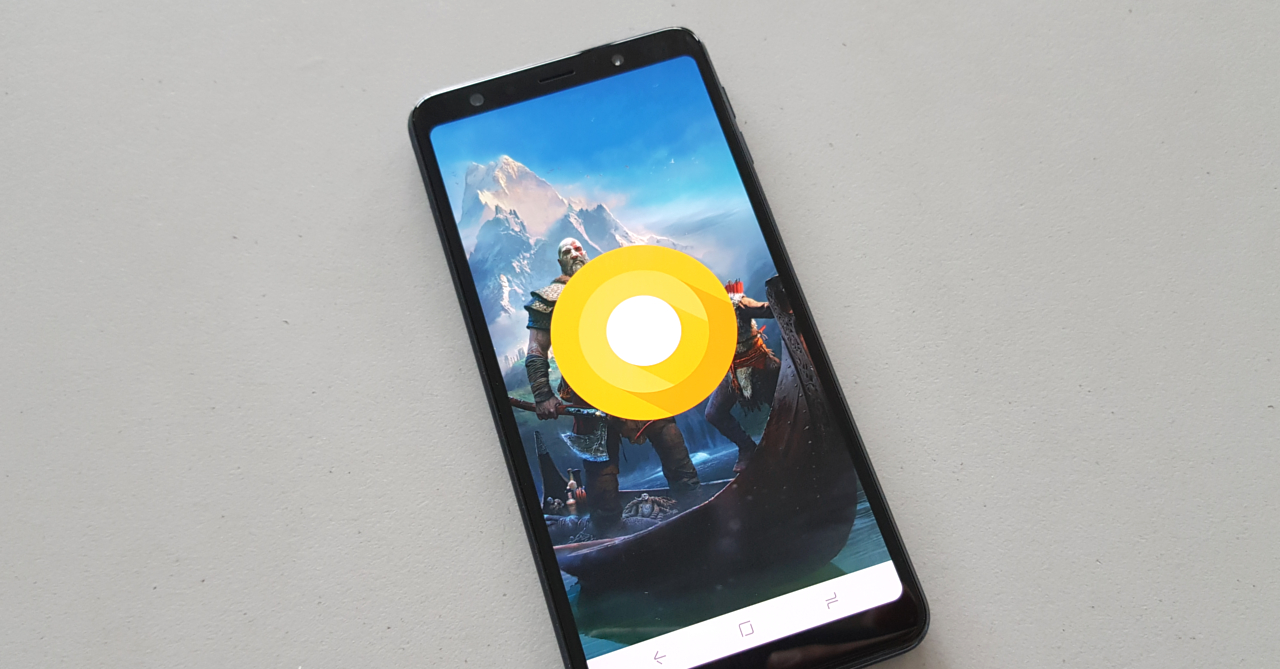 Another thing that could’ve been improved is the port, which is microUSB. This is a puzzling choice, especially as last year’s A7 already had a Type-C port. It’s a good thing other parts of the phone are good, such as the side-mounted fingerprint sensor and the 3300mAh battery which lets it last for over a day on a single charge. 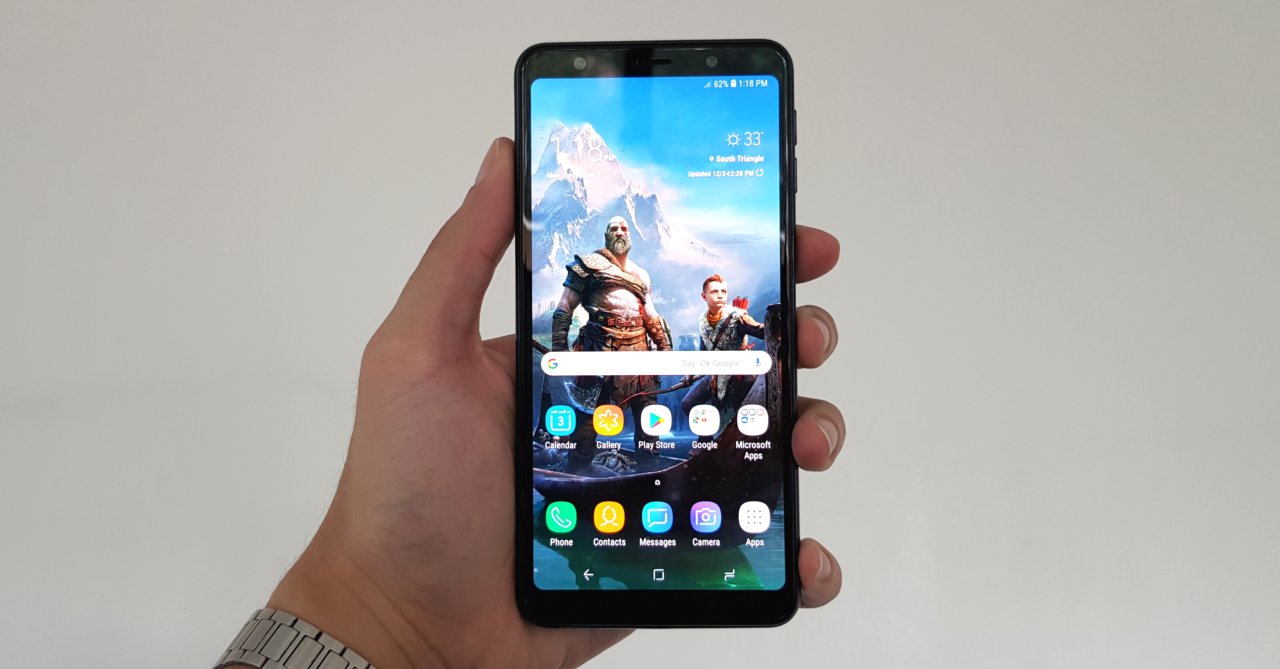 The Samsung Galaxy A7 (2018) offers a couple of features that are a step above its competitors. It’s one of the few midrangers with a gorgeous AMOLED display, making it perfect for avid movie/series viewers. Its triple-camera setup is also plenty useful and produces good quality images in most situations.

Compared to other smartphones in its segment though, the Galaxy A7 has a few drawbacks, mostly on the performance side of things. Sure, it’s plenty usable for most users, but it just lacks that snappiness of other, more powerful devices.

Overall though, the Galaxy A7 is still a compelling option, especially if you value a great display and good cameras. Oh and it’s one of the best midrange options if you absolutely hate display notches!

Previous article
From the creator of InuYasha and Ranma 1/2 comes a new manga series!
Next article
Here is Gal Gadot’s gift guide for friends and family this Holiday Season