Momo-WHOA’s in the must watch blockbuster, Aquaman | Minute Movie Review

Too much water, would watch again. 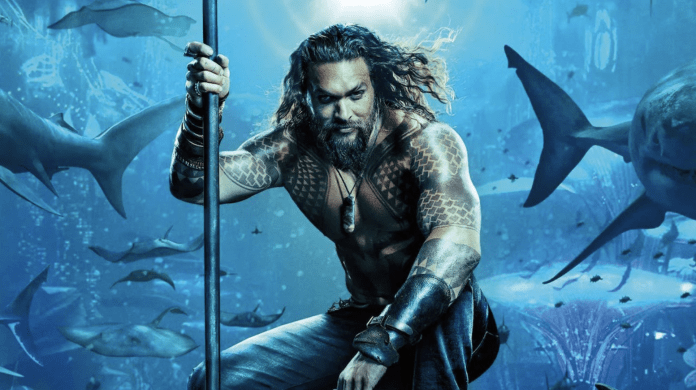 Based on the trailers alone, you could kind of get the impression that Aquaman is one of those films that would leave you at the edge of your seat, exhilarating, and at the mercy of such a sexy beast that is Jason Momoa. I will confirm all of the above, but most especially that Momoa may cause your ovaries to explode, or if you are male then you’d grow a pair of ovaries and then have them explode. What I’m trying to say is that the film was definitely worth the wait and the hype, and in the words of Aquaman, it was AWESOME.

With utmost respect to DC, I think I can sum up my feelings for the film by saying that I felt that I was watching a Marvel film. It has a distinct DC look and feel to it, no question, but the sprinkles of comedy, feel good moments, and overall direction felt Marvel-ish to me. It’s a testament to the creative genius that is James Wan as well as a testament to how well the movie was cast. Jason Momoa and Amber Heard really brought the movie to life and you’ll realize that if it was anyone else, it probably wouldn’t have been as good as it is. And how brave of DC to feature a racially diverse personality such as Momoa? It was the perfect casting choice and he totally killed it in the role. Amber Heard was excellent in the film as well, proving to the whole world that Wonder Woman / Gal Gadot isn’t the only badass heroine in town.

The movie was 2 hours long. To be exact, I think around 2 hours and 15 minutes, but for the whole duration, not once did I feel finicky or did my attention waver. The pacing of the movie was really good and the action was spread out so evenly in the film that I felt entertained throughout the film, post credits and all. I also felt that the comedy wasn’t forced, and that may be due to Momoa being so good at that badass don’t care attitude that his brand of smartass comedy comes out very naturally. Don’t expect major laughs, maybe just a chuckle here and there, but it does the trick.

One more thing about it is how the whole underwater world was brought to life. Everything was so vibrant and each kingdom had it’s own unique personality that differentiates them from each other with just a look. Even the little touches like how speech underwater has a distinct bubbly sound to it adds a great deal of immersion, pun intended.

Bring your kids, bring the whole family! It’s a great watch and it really gives hope to the DCEU that things may finally be looking up for them after the lackluster outings that was Batman vs Superman and Justice League. And if you didn’t know, Jason Momoa was in town along with Amber Heard and James Wan to promote the worldwide cinematic release of Aquaman, check it out as they greeted fans at the Mall of Asia to celebrate the film!

Watch the action LIVE from the blue carpet of the #AquamanPH Fan Event in Manila with Jason Momoa, Amber Heard and director James Wan!

- Advertisement -
Previous articleAggretsuko is getting a Christmas Special on Netflix!
Next articleFinal Fantasy Brave Exvius collaborates with… Katy Perry!?