The game is a bit "buggy" if you were to ask me. 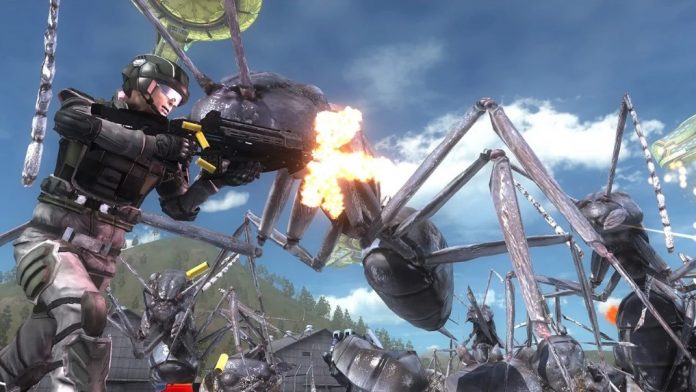 When I first heard of “Earth Defense Force”, I immediately thought I was going to be playing a remake of an old 2D side-scrolling shooter I played way back on the Super NES. It turns out I was half right, partly because in Japan, there was another series of games with the same name, only that it was a third-person 3D shooter. With this being the fifth game, and personally my first foray into the series, it’s time to finally see what the fuss was all about. Here’s our review of Earth Defense Force 5 for the PS4!

Earth Defense Force 5 is probably as straightforward as you can get, the problem being that it’s very straightforward. The game gives off that Independence Day and Starship Troopers vibe, as a civilian who happens to be at the right place in the wrong time. How wrong? Well, how about during a worldwide alien invasion? You’re then basically forced by necessity to fight off the invaders along with the brave men and women of the Earth Defense force. On top of that, you’ll be going up against giant insects and weapon wielding frog aliens. Still with me? It’s totally outrageous, but in EDF5, it’s a tedious and repetitive fight to win the day and save the earth. It doesn’t help that the writing and the script can get really (REALLY) cringey and cheesy, and with some rather bland voice acting, what barely just saves the day is the copious amount of alien bugs to exterminate, but not by much.

With the game already on it’s fifth incarnation, there must be something that makes players come back for more, and if anything, the game does succeed in the mindless shooting department. With all my emphasis on how tedious it is, EDF5 definitely has some semblance of fun and intense action, with most (if not all) missions basically just telling you that your only objective in the game is “kill all aliens”. If it has more than 2 legs, kill it! It it appears as a red blip on the radar, kill it! It may sound intriguing and fun early on but playing the role of bug exterminator extraordinaire wears off pretty quickly. The game mechanics are pretty basic and one good thing stemming from this is that EDF5 is a “pick up and play” type of game with very little complications at all.

The monotonous nature of EDF5 can be broken by using one of the four different classes, each with their own strengths and weaknesses. The Ranger is your basic jack of all trades, the Wing Diver can fly and is fast but has weaker armor, the Air Raider is a support class, and my favorite the Fencer is a heavy and slow powered exoskeleton wearing class that deals the pain with heavy firepower. You’ll most likely find a favorite playstyle from these four as you go along and I liked that there is a sense of progression since you get to collect new equipment dropped by your defeated foes, allowing you to equip new armors, weapons, and items as you play along.

With all the death and destruction that a member of the EDF can dish out, it sure could use some help in the graphics department. For a PS4 title, the graphics look rather plain and honestly, could have probably passed off as a PS3 game. The environment is uninspired and even the explosions, which should have been a high point for a game about blowing aliens up, isn’t anything to write home about. To be fair, I think one of the things the game got right is in the monster and character designs. The Fencer, in particular, became a favorite class of mine mainly because of the powered exoskeleton that they wield, looking like something straight out of a mecha anime! In fact, if you’re into that sort of thing, this could be a game that’s right up your alley. 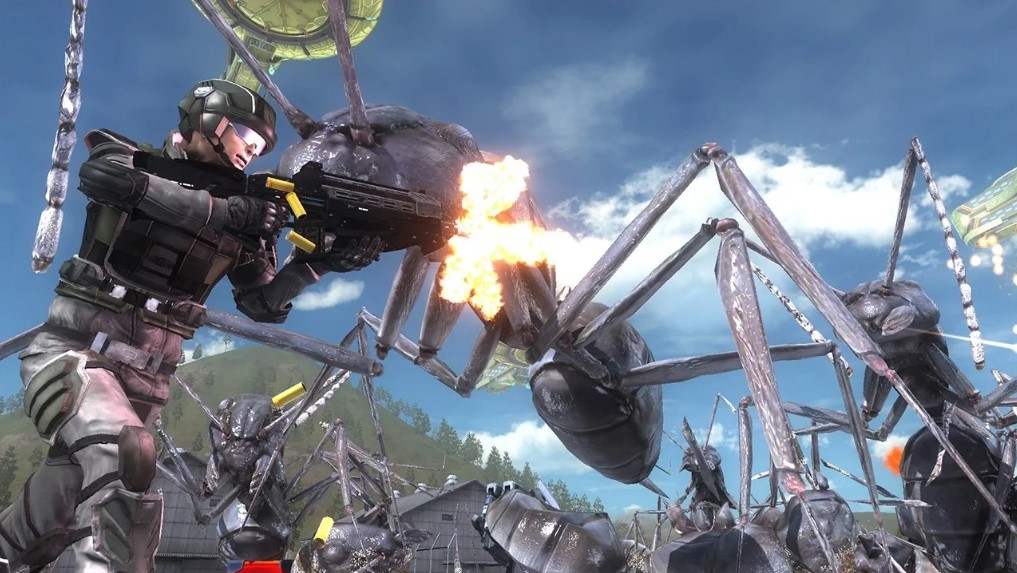 My experience with Earth Defense Force 5 has been… interesting, to say the least. Despite my criticisms of the voice acting, sheer repetitiveness of the gameplay, and uninteresting story, I still found myself going through each level blasting aliens as I go. Call it a guilty pleasure I guess? Closest comparison I would make is that this is somewhat similar to what’s called a popcorn movie – watch it for the sheer entertainment value but don’t expect anything groundbreaking. For my first foray into this series, I’d say it was a blast, but the sheen of it all wears out pretty quickly and after a few hours in, you’re left with a pretty shallow and repetitive game. To be fair, I was entertained for quite a bit and the game did it’s job in that regard but for something that leaves a lasting impression, it doesn’t quite fulfill that role in my game library.

*Earth Defense Force 5 was reviewed on a PS4 Pro through a review code provided by the publisher.

- Advertisement -
Previous articleDetective Conan: The Fist of Blue Sapphire movie to be released in PH cinemas
Next articleClosing the year off with a BANG | Just Cause 4 Review