Super Smash Bros. Ultimate Review | The Best in the Franchise Yet 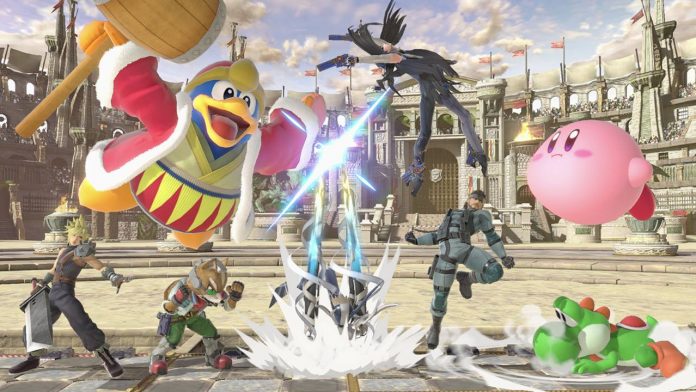 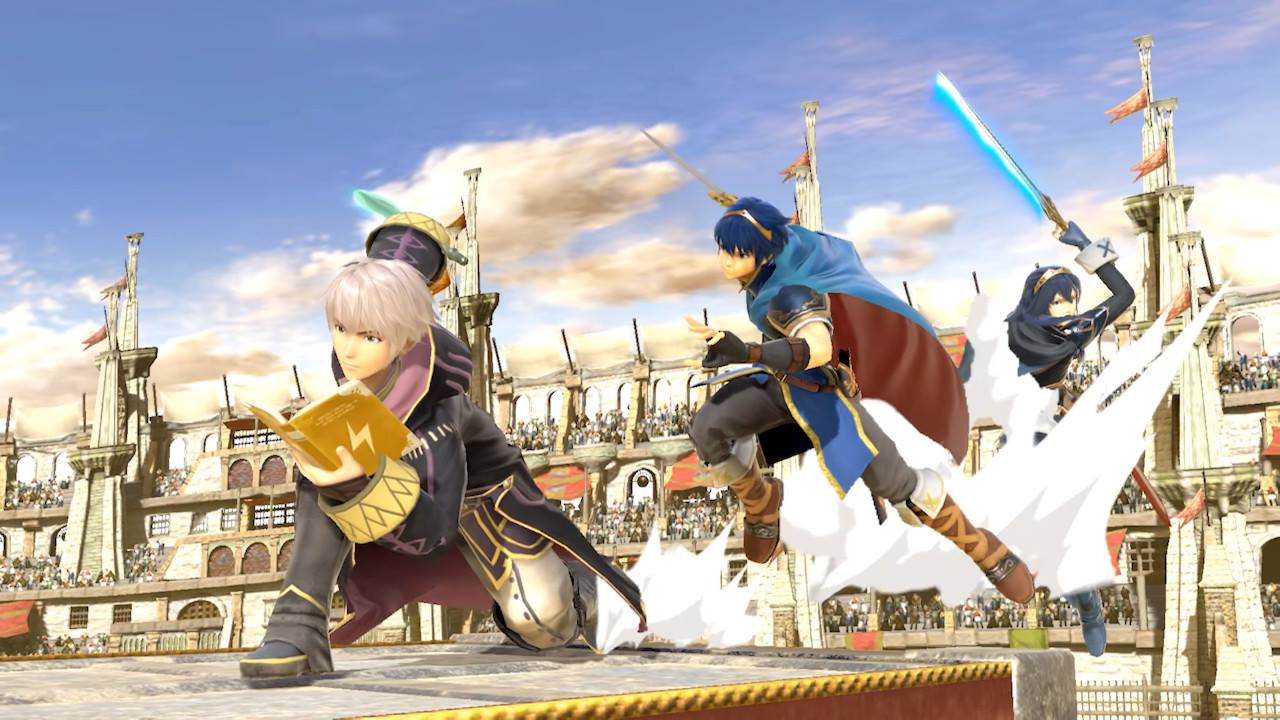 This is literally the biggest and most polished version of the franchise just yet. And yes, I said it before even saying anything about the game. It is just that good.

Just from the title alone, Super Smash Bros. Ultimate (developed by Sora Ltd. and Bandai Namco Studios) promises everything a video game fanboy could ever hope for in terms of action-packed fast-paced gameplay, iconic character collaboration and of course the genre’s very rich history. The scope of this game is so massive that for sure it will definitely appeal to both the old-school and new gamers alike. 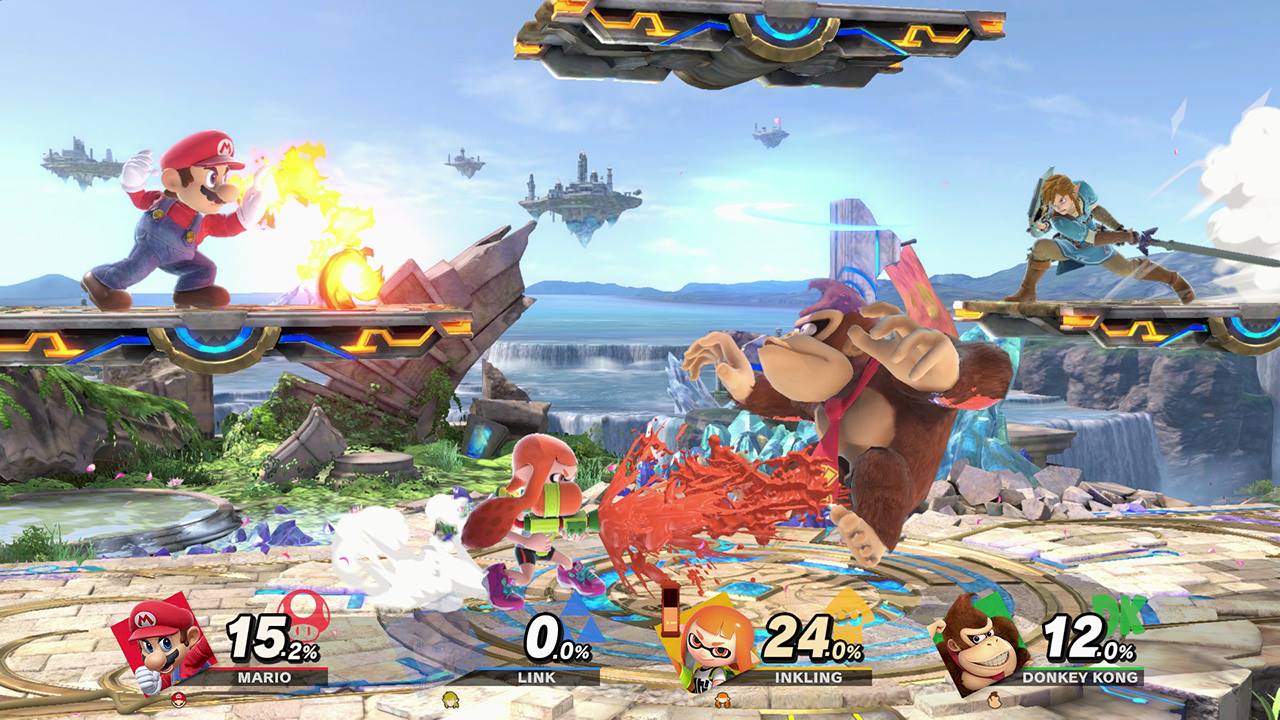 With a game this huge where can I possibly even begin? For those who are not familiar with Smash, to sum it up its basically a fighting game where you choose your favorite video game character from a particular franchise and duke it out with an A.I. or human opponent (which can go up to 8 players). There are no health bars here but rather, a percentage value where the higher it goes up, the bigger the chance you are “smashed” out of the stage. And with 74 characters as of this post, the replayability can really be endless! 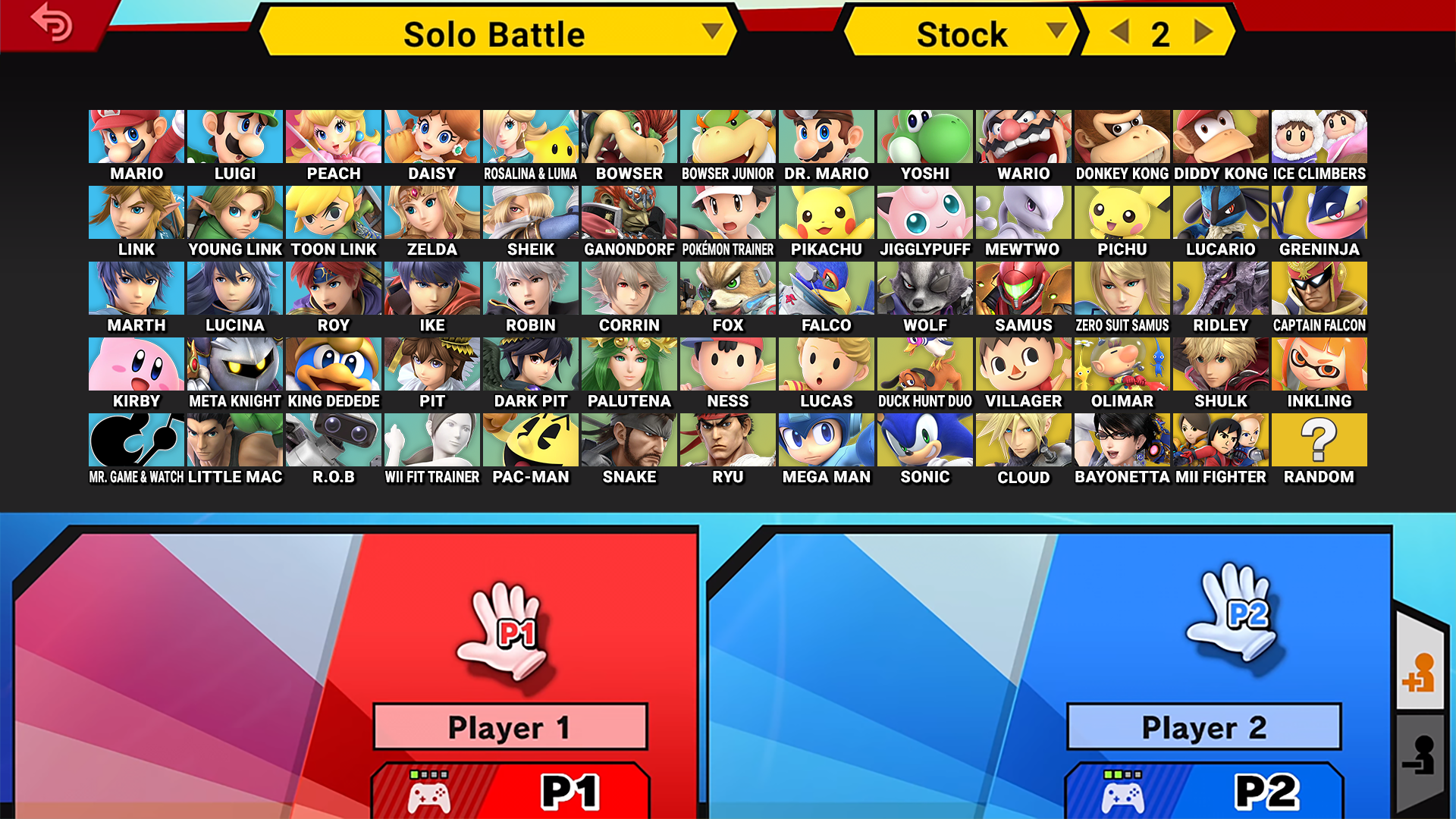 Wait… 74 you say?! Well fortunately the game eases you up a bit at the start because you only start with a handful of characters at your disposal. During regular play you’ll eventually unlock all 74 fighters, each with their own variable powers and move set that are trademarks with those characters. So expect Link to use his arsenal of weapons and Kirby to inhale and absorb the power of his opponents. 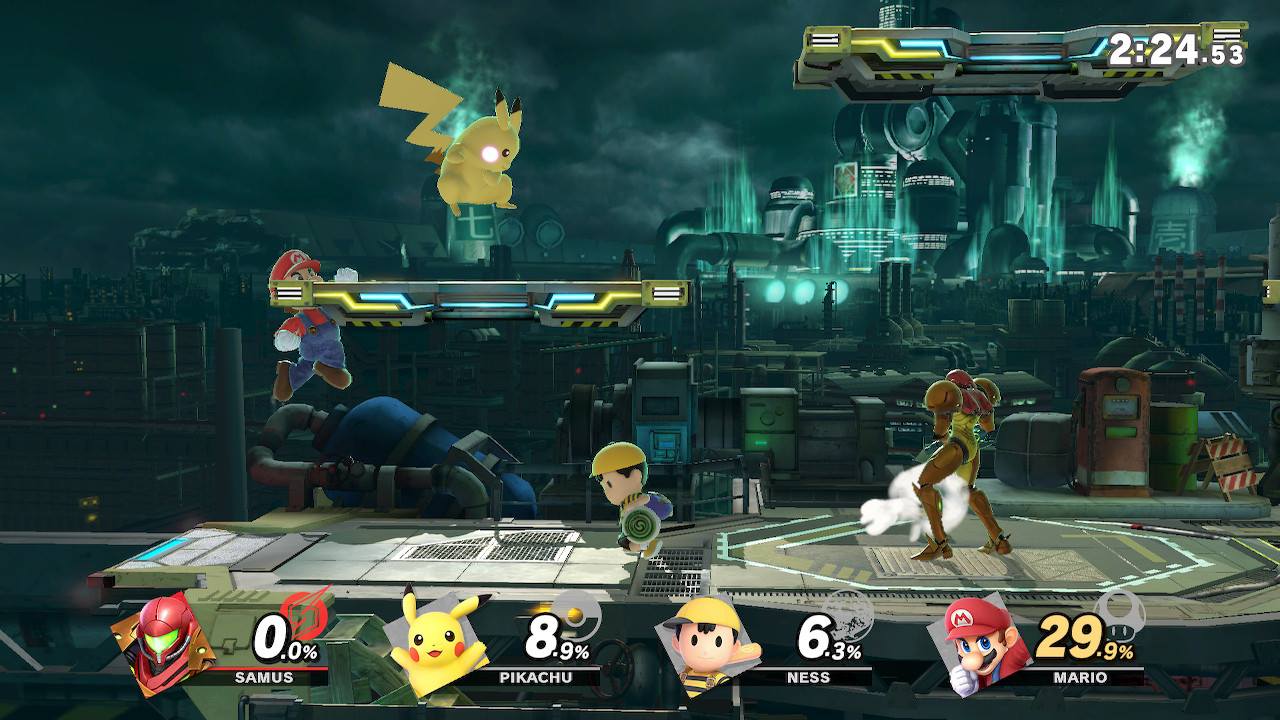 So as you can imagine, the video game fantasy match-ups are strong as ever in this title. Ever wanted Mario to team up with Sonic against Cloud Strife and Ryu on a Mega Man stage? It’s really hard not to tug on someone’s digital heartstrings with the robust assortment of iconic and legendary characters… And I’m not even diving on the 1300 spirits just yet!

Spirits are introduced in the game’s “Campaign Mode” called The World of Light. I won’t spoil much of the games story but if you want to get a hold of the fluff you might want to check the video above. 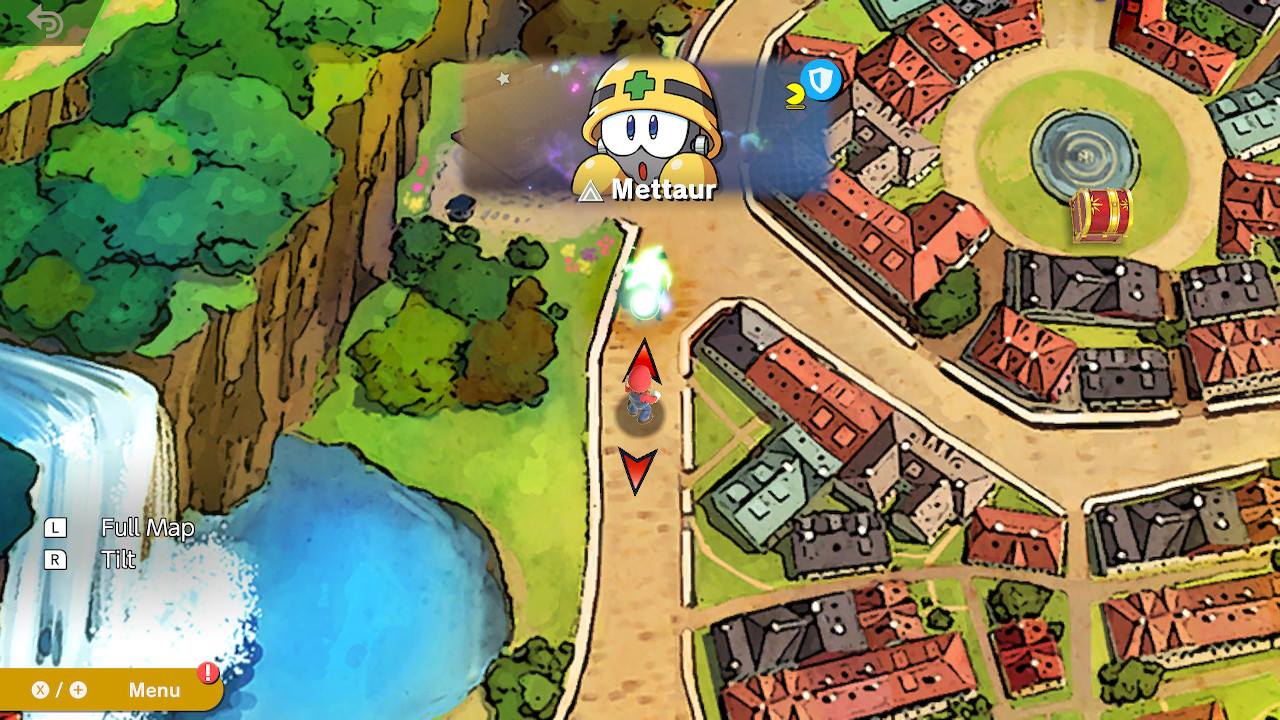 Basically, you acquire Spirits mainly when you play the World of light. These are video game characters whose essences are trapped because of the cataclysmic events that happened during the story. I can appreciate Masahiro Sakurai’s bold move into literally cramming a lot of these characters both well-known and at times, unheard of (well, for me at least). 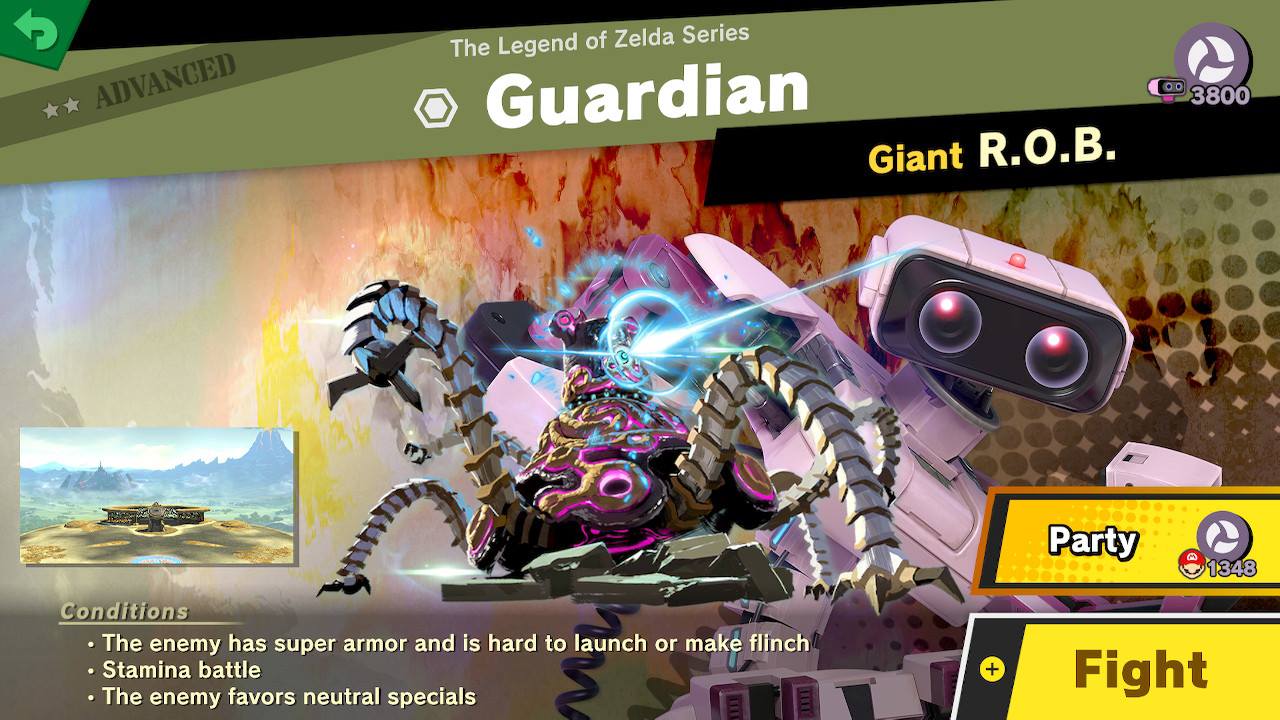 What’s neat about this mode is that you fight in pre-determined stages with a fixed rule set or stipulations in mind. For example when I encountered the Guardian from The Legend of Zelda: Breath of the Wild I really didn’t fight him exactly but rather, an essence of the character as represented by a Giant R.O.B., a fighter from the roster who is set to act just like a Guardian… So you expect him to be a bit huge, grounded and with lots of armor, just like from the game he came from. There are a lot of this to be had when playing this adventure mode, and it proves to be a huge testament of the sheer variety that this game can really bring. 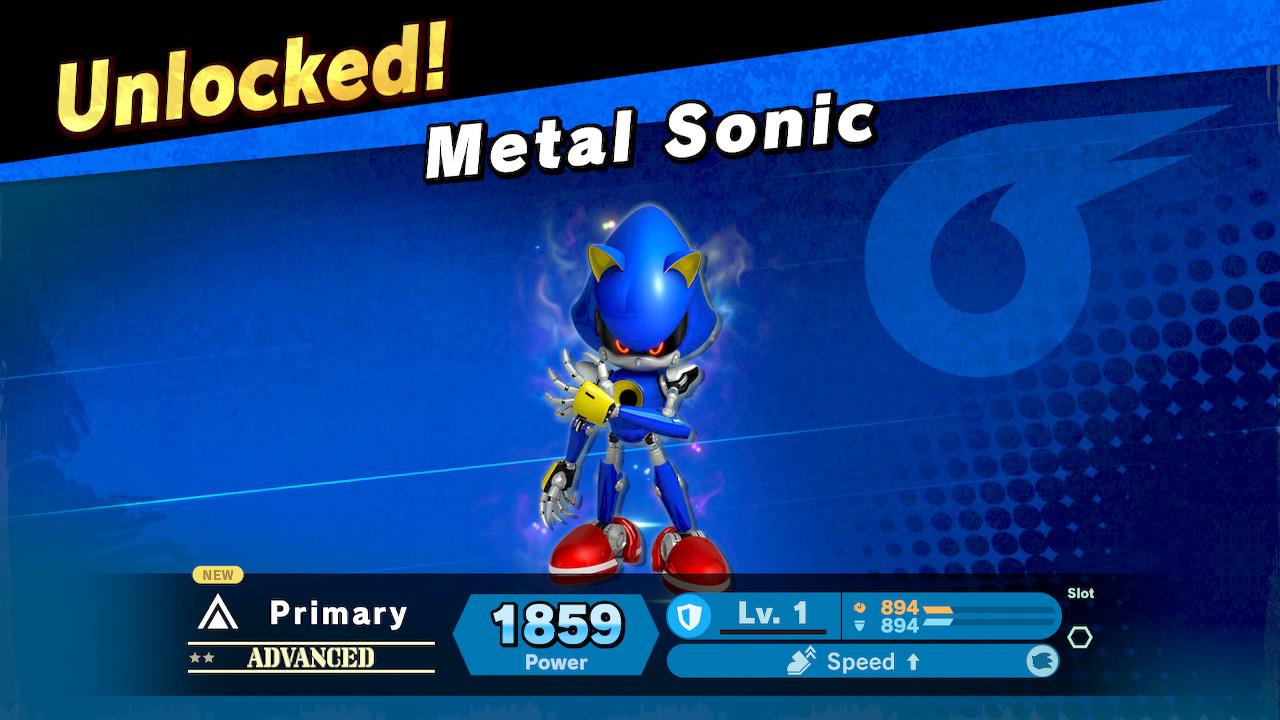 So what does spirits do, really? Well for starters they are basically enhancements that you can equip to your fighters and they give a variety of powers associated to that particular character. There are two types of Spirits – Primary and Support. For example in the image above Metal Sonic is a Primary Spirit which you can equip to your favorite fighter, he gives that character a boost in power and an increase in speed. If you also notice at the lower right of the picture there is also room for one slot – this is where you can place your Support Spirits, which provides even more customization. 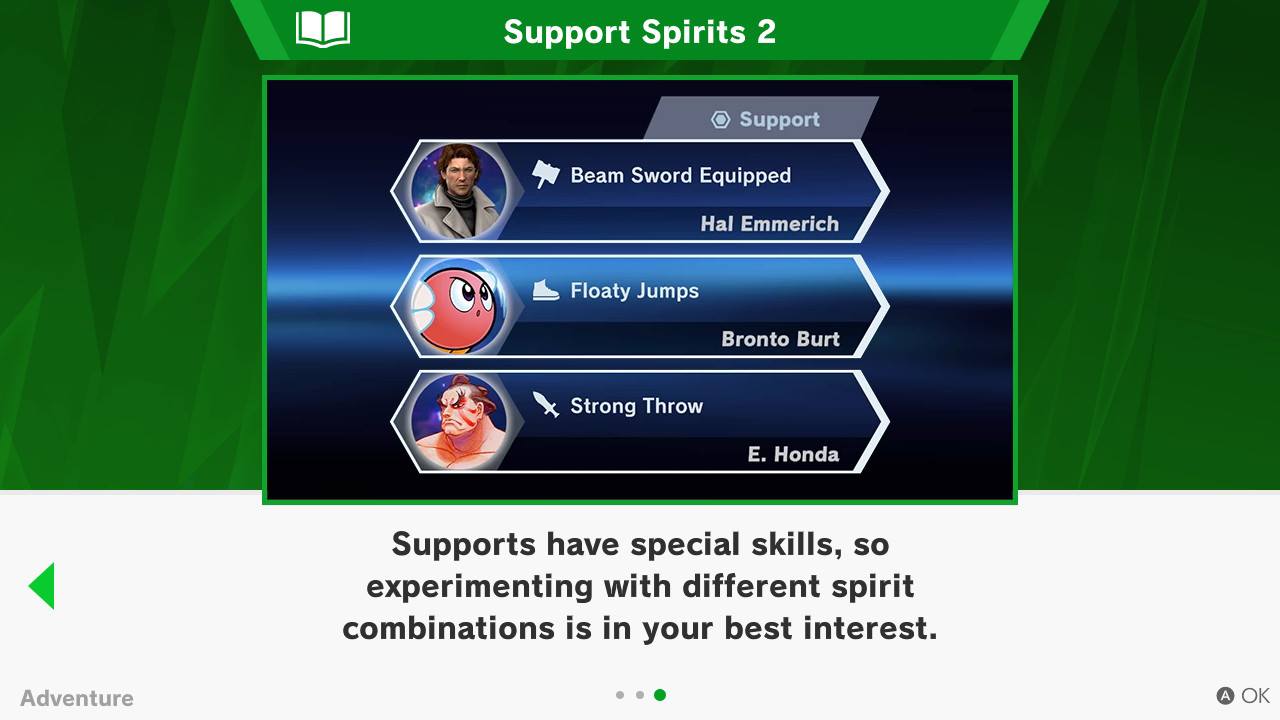 Like mentioned, Support Spirits gives an even deeper layer of tweaking in terms of creating the fighter to suit your liking. Some of them grant you an extra jump or let you start with a specific weapon even before the game starts! 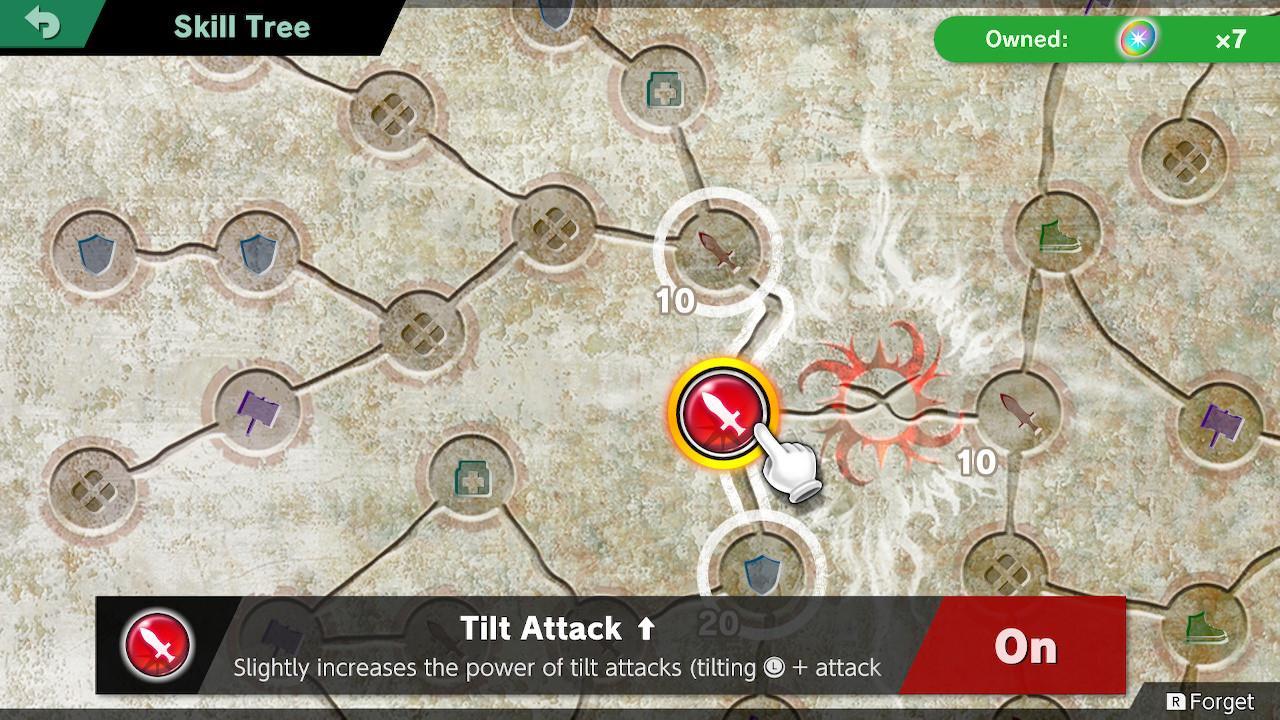 Adding to this, in Ultimate you now have a Skill Tree that you can use in this particular mode. You should really pay attention to this as you will need these huge buffs as you go deep into the campaign. During my play-through I went with the route that significantly enhances my smash attack, making things a little bit easier to manage. 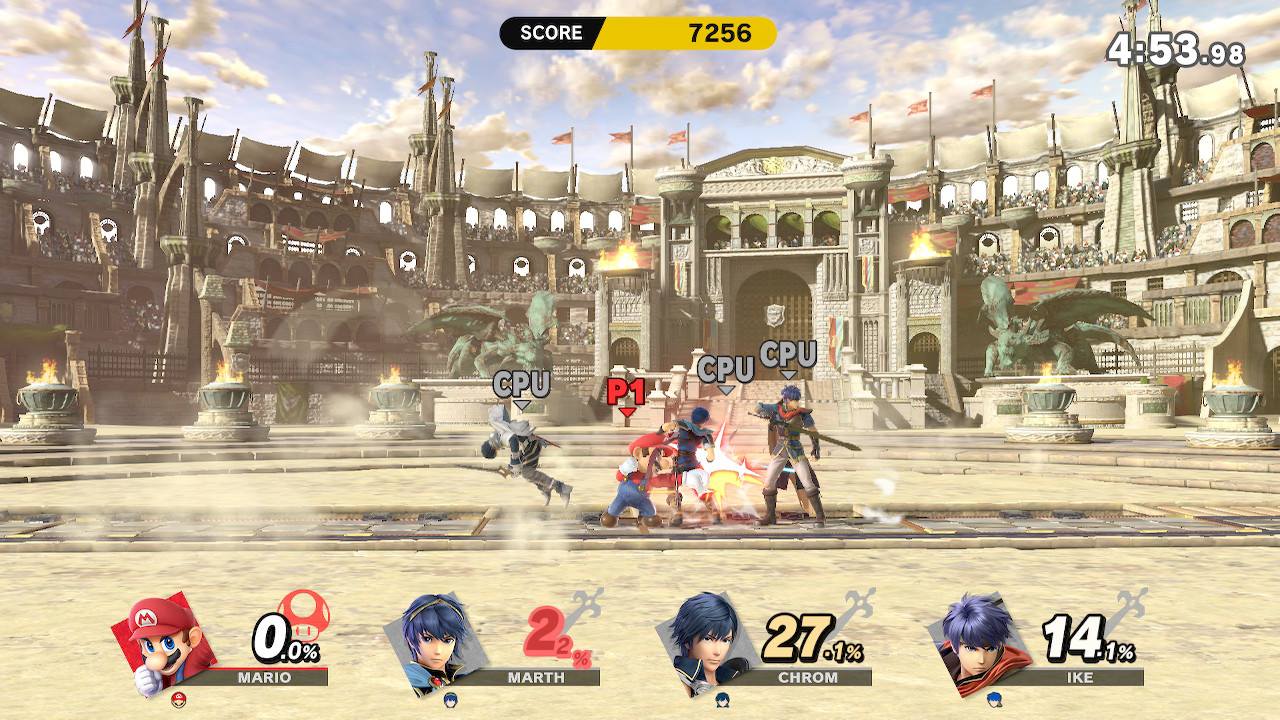 To sum it up, this adventure mode is your good ol’ fashioned grinding and min-maxing. Expect this mode to eat up around 24-30 hours of game time… And with 1300 of these babies, the real magic here is on how you fine-tune your fighter depending on the need, because I have to say some of the challenges in The World of Light can be really tough if you are not equipped properly. Also, if so you choose, you can carry over your custom creations in the other modes of this game. Sweet. 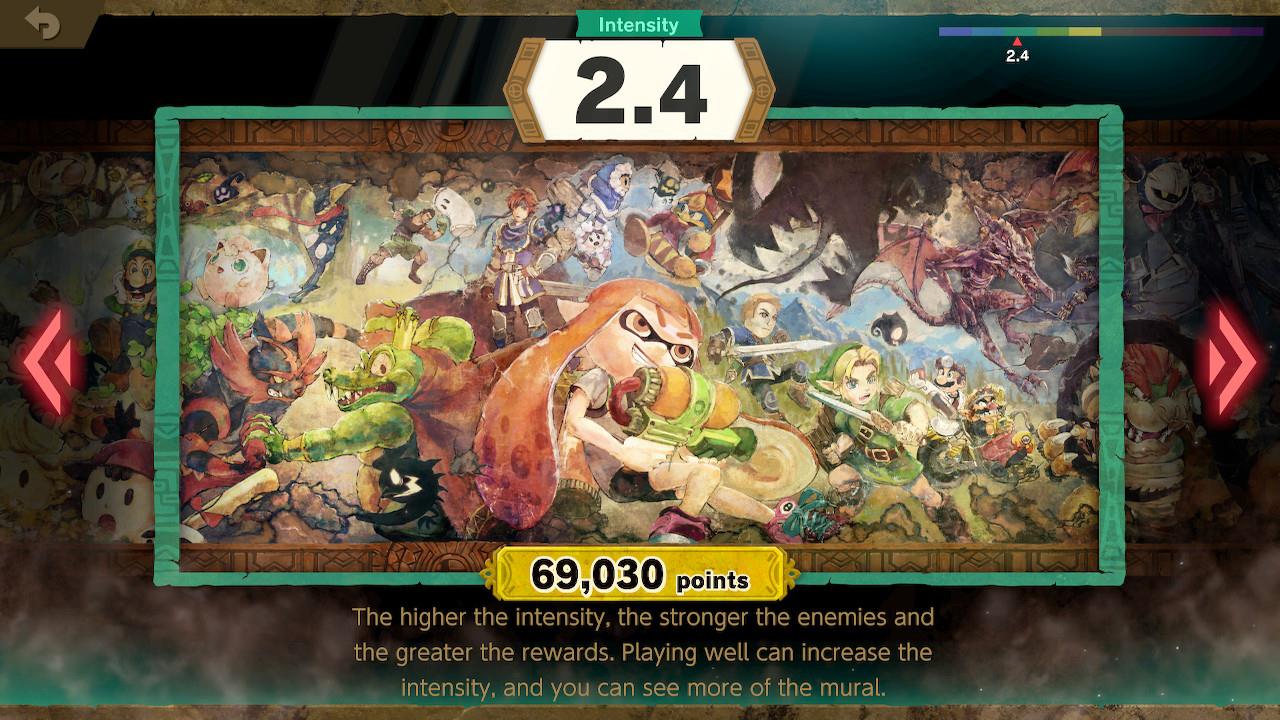 Classic mode makes a return again but with some minor changes. Like before you can tweak the intensity of the match (which can yield better rewards) but now, every fighter has his or her own custom-made stages of six opponents, which are themed somewhat loosely around them.

In-between or rather near the end of the run, before you face the final boss is an auto-scrolling mini-game which is a nice addition. Aside from trying out each and every character, you will definitely get back a lot to this mode as there are plenty in-game rewards to be had here. 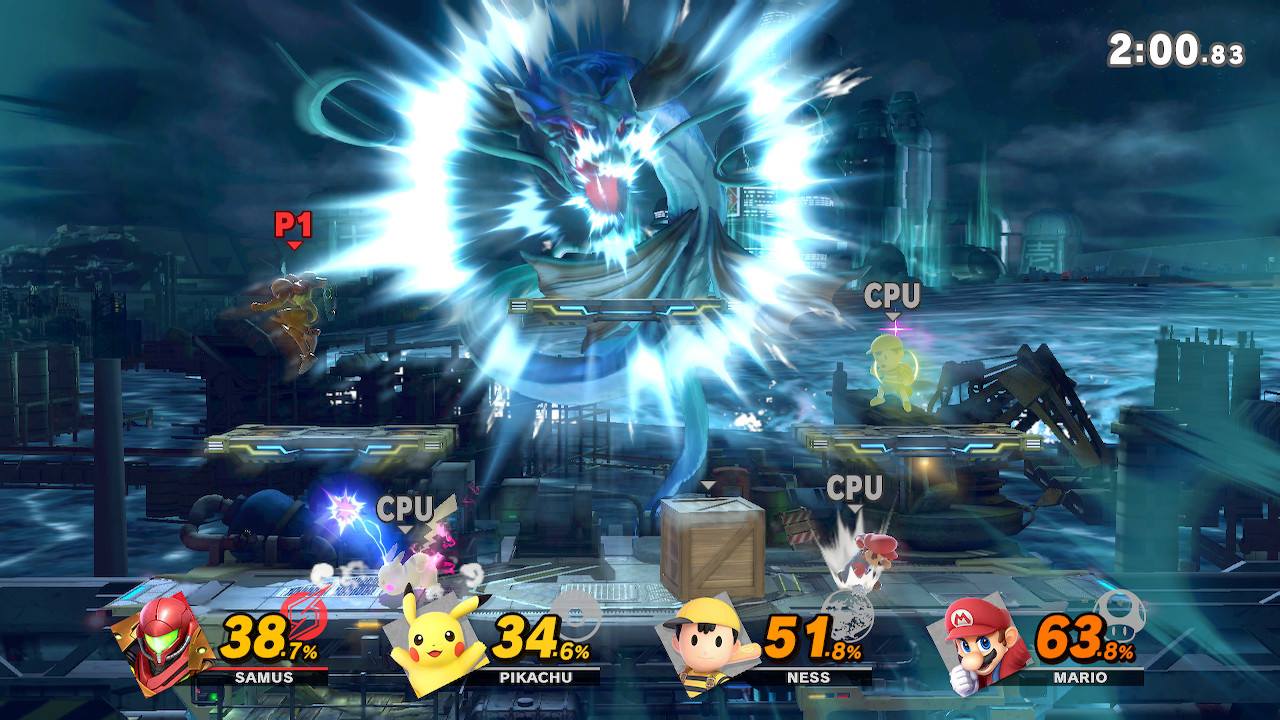 Perhaps the most time you’ll be spending in Ultimate is its multiplayer mode. Now customizing a session is really easy with a few minor tweaks. Now, you have to first select from one of the more than 100 stages before you fight it out. Additionally, more specific options for multiplayer can be modified in a multitude of ways, and is done with the intuitive menu system that makes most options easy to find. They definitely heard the plea of the fans and made some noticeable quality-of-life improvements. 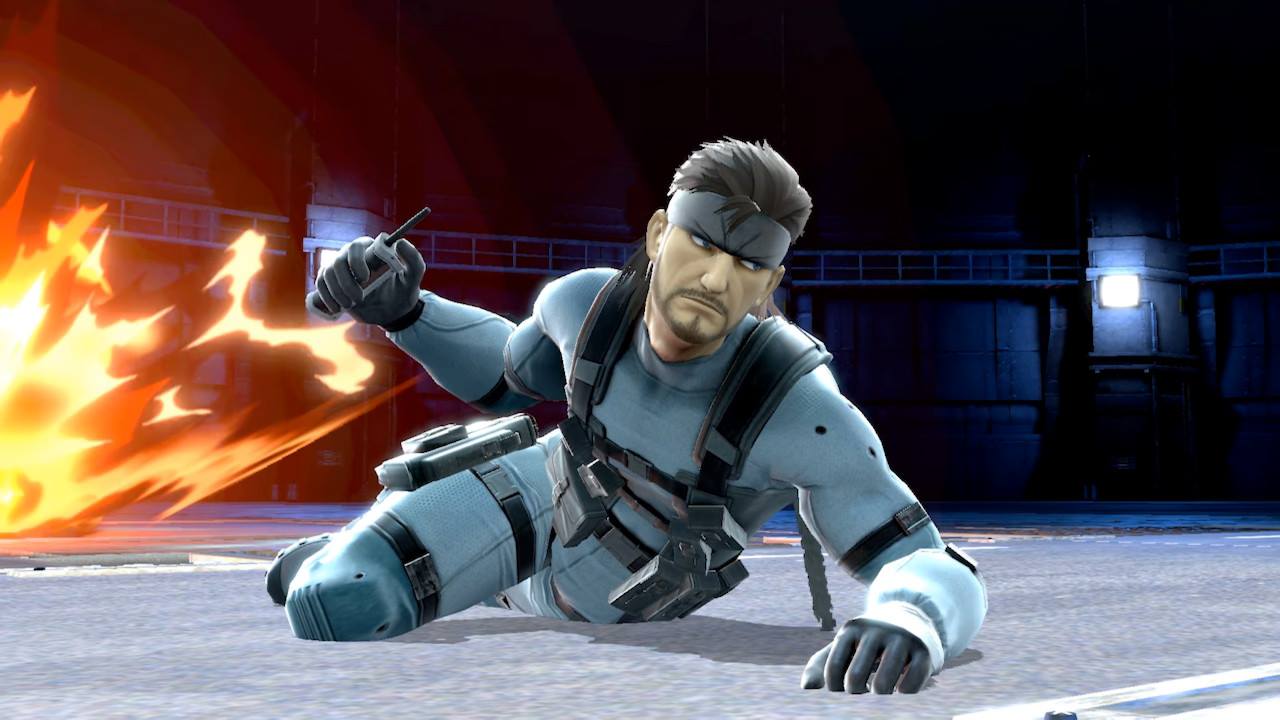 Honestly I could go on and on about Smash Bros. Ultimate but really, the fun to be had here is when you discover (or re-discover) the little gems and details while you are playing, mastering your favorite character and that feeling when you are actually getting better with the game because it makes you adapt to just about anything thrown around you. And with the staggering number of characters, stages and customization options… I’m definitely sure Ultimate will keep you busy in the months and years to come.

Super Smash Bros. Ultimate Review | The Best in the Franchise YetThe latest entry in the Smash Bros. series lives up to its "Ultimate" name. As this really is everything the fans hoped for and then some. It's the perfect love letter not only to fighting game fans, but video game fans in general.