Booths that got us geeking out at Taipei Game Show 2019! 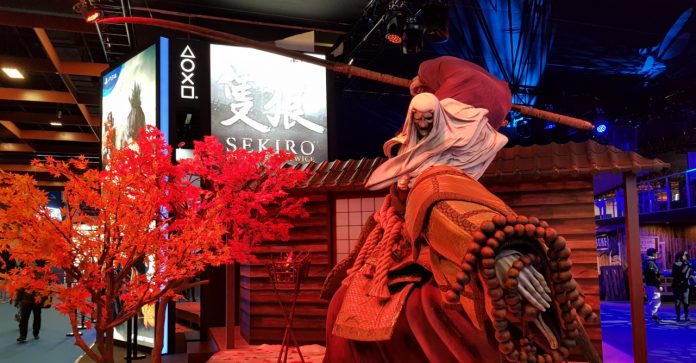 Taipei Game Show 2019 officially opened its doors yesterday, though the main event area aka the B2C zone just opened today, and it’s heaven for gamers! Much like last year, TPGS 2019 is filled to the brim with tons of awesome booths showcasing the latest game demos and awesome photo-op spots! 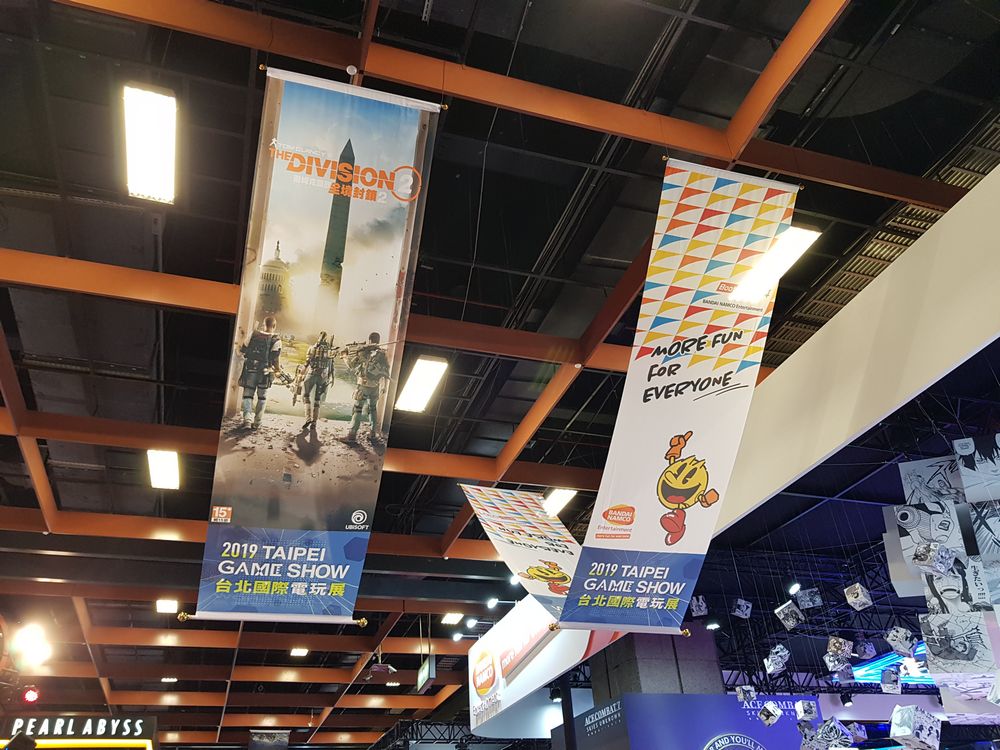 As Taipei Game Show is one of the region’s biggest game conventions, it’s definitely worth going to. If you can’t attend though, we’ve got you covered! Here are all the cool booths and awesome sights to see at TPGS 2019: 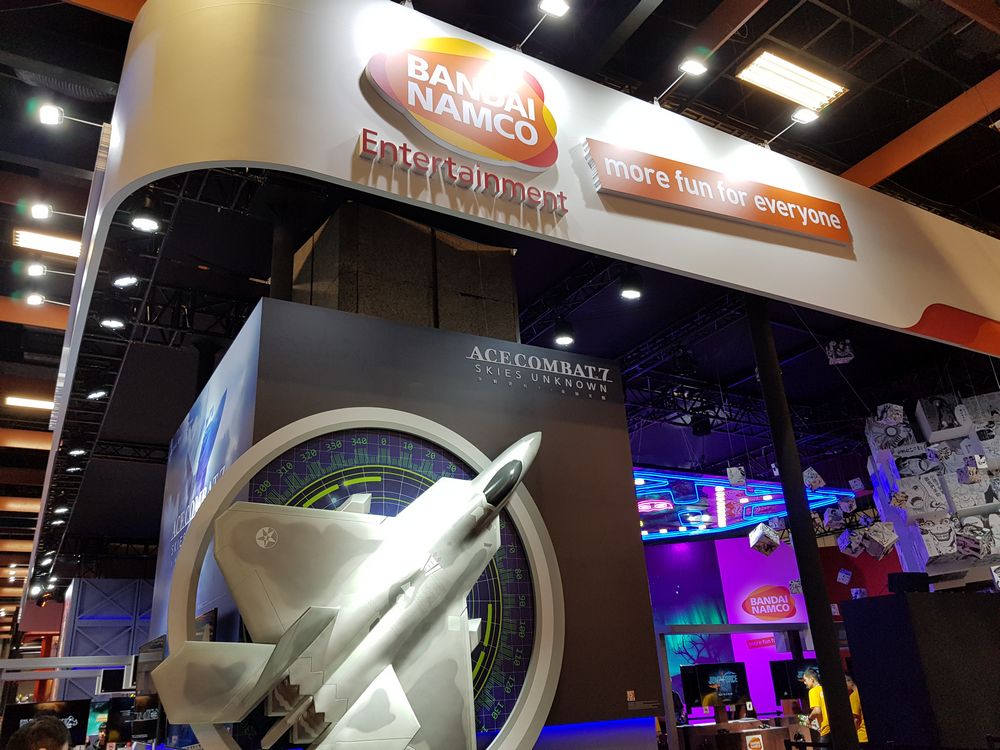 Bandai Namco is always a fixture in the biggest game conventions, and Taipei Game Show is no different. This year, Bandai Namco brought demos of a lot of their upcoming and recently released titles such as Ace Combat 7, One Piece: World Seeker, and many more!

Aside from demos, the Bandai Namco booth also has photo-op spots such as the badass God Eater 3 monster, as well as a super-cool Jump Force installation.

Right beside the Bandai Namco area is the equally impressive Ubisoft booth. The publisher’s highlight game of Taipei Game Show is The Division 2, hence the massive Air Force One model that’s found at the front of the booth. 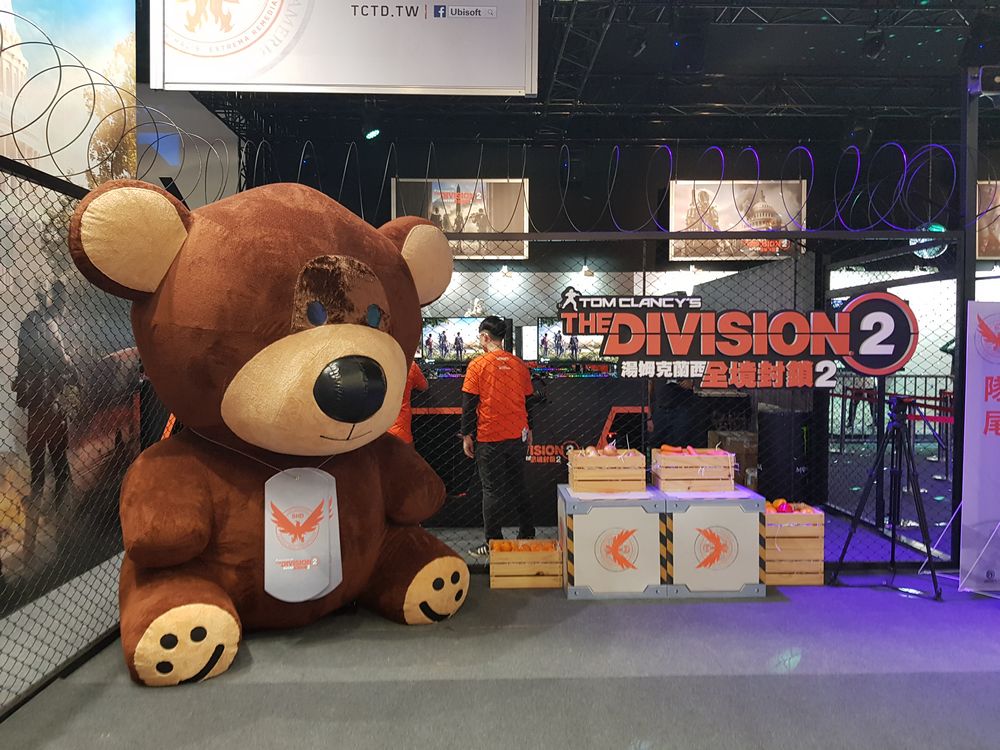 Photo-ops won’t be the only cool thing to do at the Ubisoft booth though, as attendees can try out a demo of The Division 2 there as well!

P.S. If you’re excited for the game then stay tuned as we’ll be bringing you exclusive Division 2 content very soon! 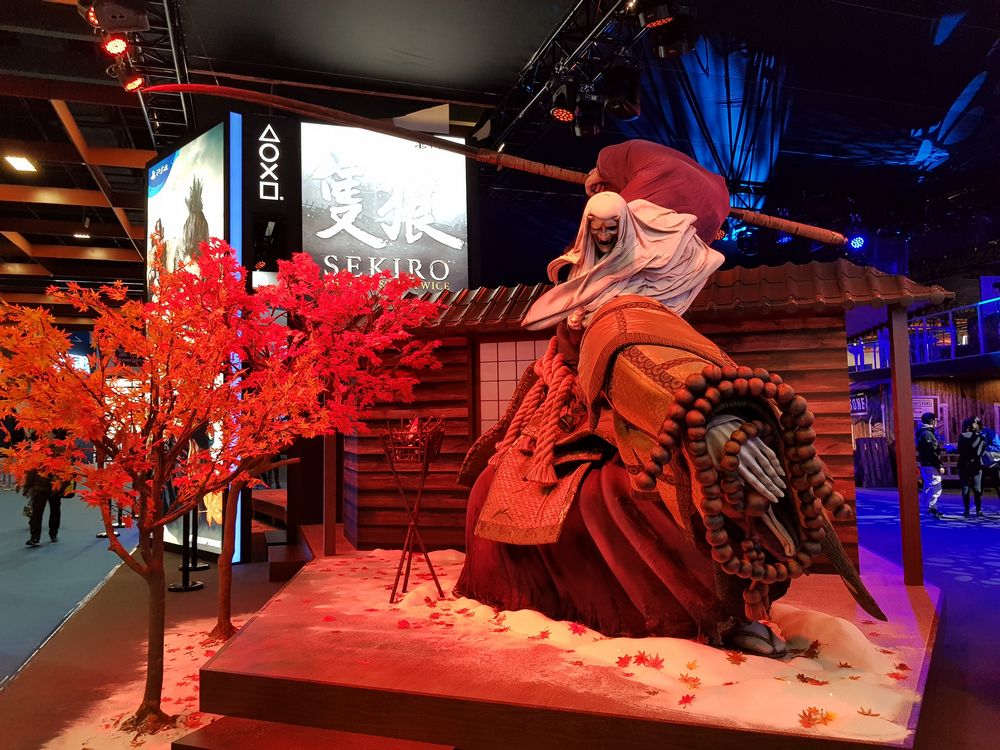 For Taipei Game Show 2019, PlayStation pulled out all the stops for its experience area! The biggest (literally) feature of PlayStation this year is FromSoftware’s Sekiro: Shadows Die Twice, a game that Dark Souls fans should be plenty excited for. Not only can attendees try it out for themselves, they can even take sweet pics with Sekiro’s Corrupted Monk.

The PlayStation zone doesn’t end with Sekiro though as tons more games are featured such as the recently released Resident Evil 2 (which just came out today) and the upcoming Kingdom Hearts 3. There area also other games such as Dead or Alive 6, the PS exclusive Days Gone, and of course, the PlayStation merchandise shop! 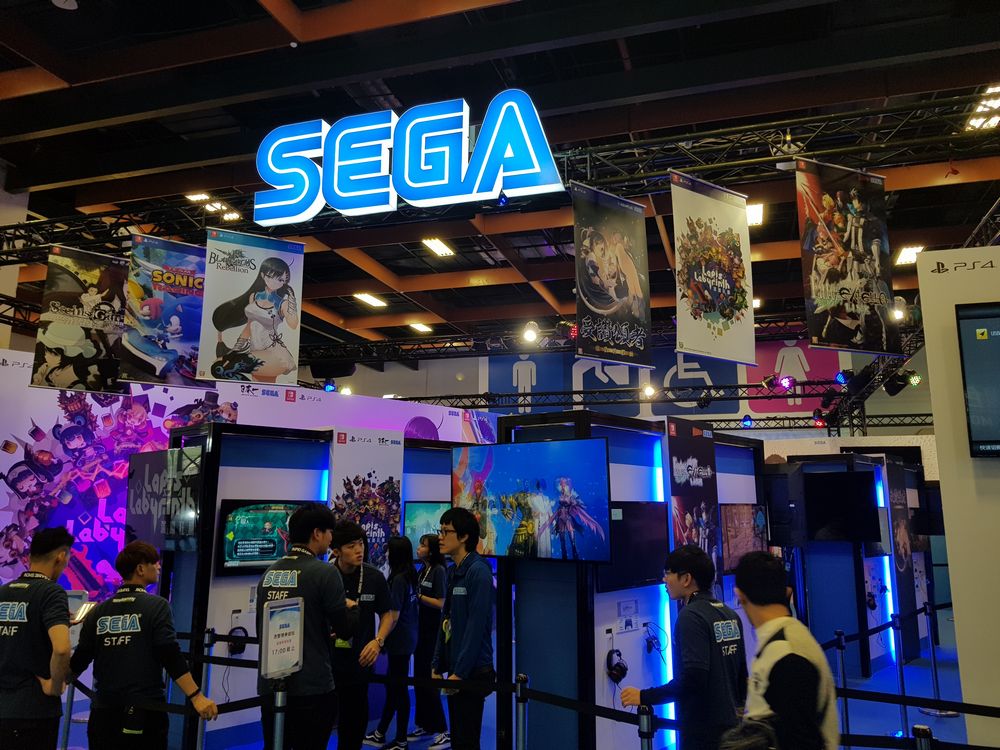 Another big game publisher that’s here at Taipei Game Show is SEGA! For the event, SEGA brought a couple of games, both for consoles and for mobiles.

The big highlights of SEGA though are Total War: Three Kingdoms as well as Catherine: Full Body.

As Taiwan is a big mobile game market, it’s no surprise that Taipei Game Show hosts a trove of popular mobile titles. Games here at the event include Nintendo and Cygames’ Dragalia Lost along with the ever-popular Fate/Grand Order.

To have the best video game experience, you’ll need good equipment. Good thing Taipei Game Show is also showcasing the latest and greatest tech from multiple brands all over the world such as ASUS, MSI, and NVIDIA. 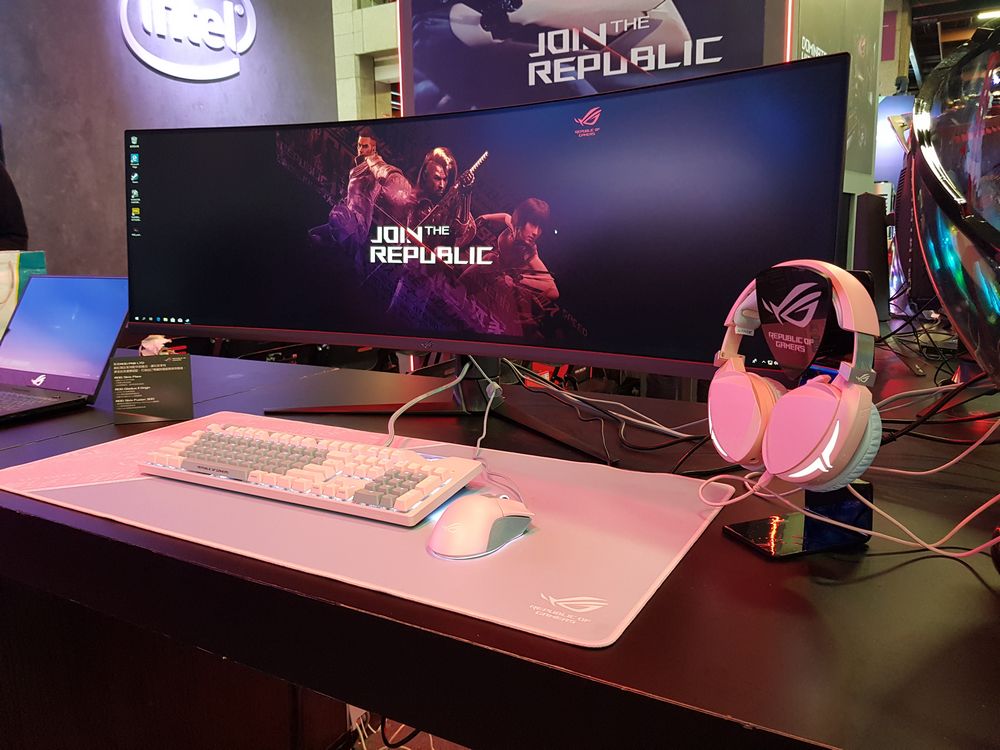 What’s great about the tech showcase is that some of the peripherals and equipment on display are fresh from CES 2019. This means that this is the first time we’re seeing stuff such as ASUS’ PNK Peripherals in the flesh!

For the first time in recent years, Taipei Game Show expanded to a second hall, specifically the TWTC Hall 3. The new hall not only holds the B2B zone though, as it’s also home to the Taipei Game Show merch area!

Lots of goodies can be had at the multitude of shops including Figmas and Nendoroids from Good Smile Company, Banpresto prize figures, and lots more. 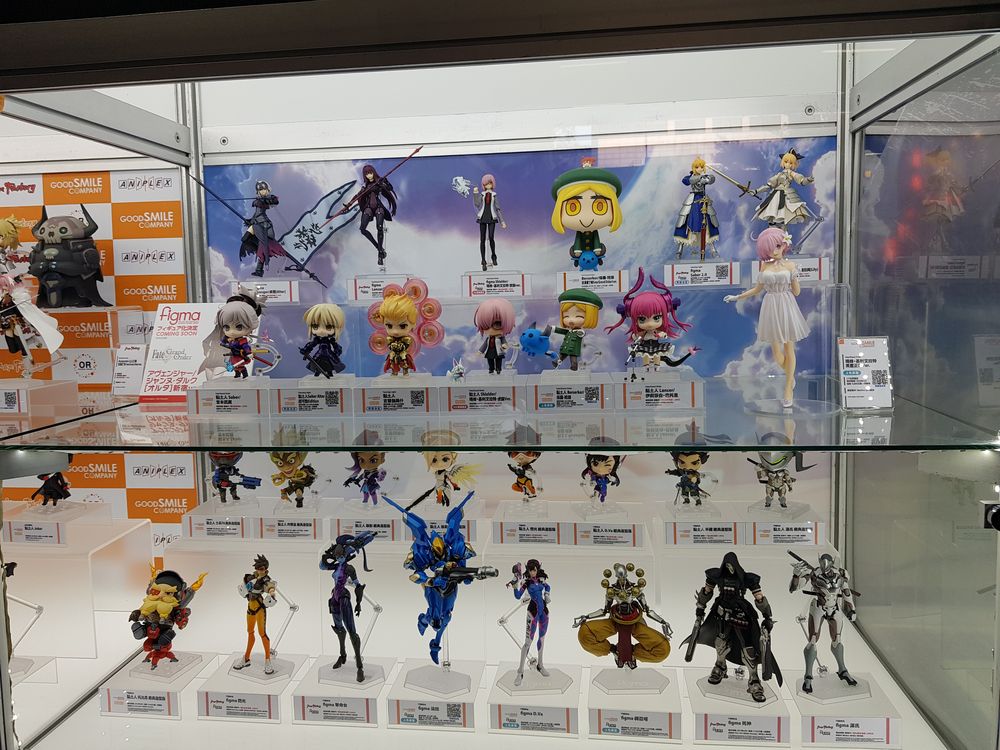 And before you ask, yes we’re going to do a merch giveaway once again! Check back soon for details!

Overall, Taipei Game Show 2019 is a world-class video game convention that’s definitely worth going to for gamers in the region! Now if you’ll excuse us, we’re going to go around the convention once again to bring you the latest TGPS news!